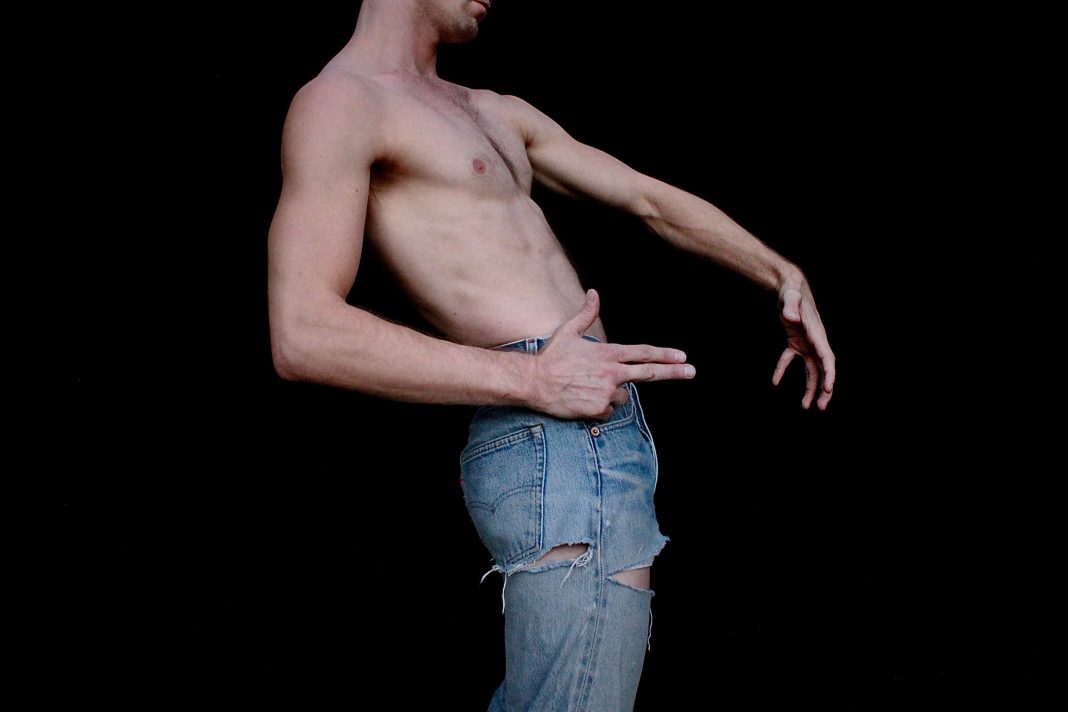 When Highways opened in May, 1989, the idea of a performing arts space dedicated to providing a platform for radical queer art was bold and provocative. The country was in the midst of a conservative culture war, artists and arts organizations were being rapidly priced out of their lofts and homes, and an AIDS pandemic was ravaging the LGBTQ community.

At the time, Highways co-founders Linda Burnham and Tim Miller’s greatest hope was that their their Santa Monica experiment would last 11 years. This month, they’re staging a festival to celebrate 30 years as a significant player in L.A.’s arts scene.

Those 30 years have been marked by upheaval, loss, and even a Supreme Court case, but throughout it all, Highways remained open as a safe, community-minded space, celebrating queer stories and the creation of new art.

To mark the occasion, Highways is staging a special edition of its annual Behold! Festival. The series closes with Wet Hankies, a production by longtime Highways collaborator Michael Kearns, who in the ’70s and early ’80s was among the the first film and TV actors to be openly gay, and is remembered as the first celebrity to come out as HIV positive in 1991.

As the anniversary performance festival gets underway, we spoke with Highways’ executive director Leo Garcia about the outfit’s outspoken legacy.

What was Los Angeles’ performance community like before Highways opened in 1989?

In the late ’80s, a lot of spaces for performance had closed, and much of the city’s artistic infrastructure had collapsed due to the real estate crunch and the bureaucratic red tape required to present live performances. Raising money for political and radical work was difficult. Not unlike now, there was a conservative response to political and social issues, and corporations were not apt to support such work.

So what inspired the founders to go ahead with the project anyway?

There was a recognition that we were in a crucial time politically and at a major cultural intersection where new performance forms and works that relate to community, cultural communication and social issues could be created.

Highways articulated itself in 1989 as an artists community dedicated to the exploration of new forms, strategically located at the intersection of art and society, an interchange among artists, critics and the public, and collaboration among cultures, genders, and disciplines.

Highways was center stage in the culture wars of the late ’80s and early ’90s. In 1990, the Senate approved restrictions to bar arts funds from being used to produce “indecent materials” including “homoeroticism.”

Highways was defunded by the NEA for presenting visual arts works that were identified as homoerotic. We were fighting censorship at the highest levels of our government. The “NEA Four” [artists Tim Miller, Karen Finely, John Fleck, and Holly Hughes] were Highways alumni. Their grants were defunded by the NEA over these “indecency” restrictions. Eventually, the case went to the Supreme Court.

We were at the forefront of queer performance, activism, and visual art then–and remain so today.

The space was also was fueled in the early ’90s by the LGBTQ community who gathered here in the time of the AIDS crisis to act out and act up against the pandemic and the forces who left our people to suffer and die during this dark time in our history.

Highways is home to the second-oldest known AIDS memorial in the United States. Our AIDS memorial floor was installed by ACT UP L.A. and artist Chuck Stallard, and it commemorates our friends and colleagues who have died of AIDS. To this day people add new names and re-ink names that have been added since June 1989.

How have you observed the queer art and performance scene change since 1989?

One of the major changes since 1989 is that Highways was the only act in town then. Since then, queer culture, queer sensibilities, queer outrageousness has been appropriated by the masses. You can go anywhere in L.A. now and find the work that at one time you could only find at Highways.

Our spectrum has broadened into the mainstream. Though marginalization and evisceration of the queer soul remains a terror in our society, I believe in the inclusion of all.

How does Highways stay relevant after 30 years?

In 1989 one of Highways goals was to get to the year 2000. Now, we are faced with the crisis of living in the 21st Century: Crisis within our democracy, gentrification in our neighborhoods, immigration, homophobia, transphobia, racism, and on and on. Highways in 2019 is more necessary than ever.

Highways today, as in 1989, is a chaos of performance and community. Messy, outrageous, sex-positive. It is a shame-free zone of exploration that holds a vital space in the ecology of performance in Los Angeles.

It is a sacred space of creation, freedom, safety, identity, rage, lust, spirit, flesh, confrontation, crisis, community, diversity, of transformation, discovery–of all things human and uncensored. We have a mission to develop and present new works by artists from a broad range of communities, dealing with political, psychological, social, and personal narratives.

We hold a unique space in L.A.’s performance ecology. I cannot think of another space that develops new works 50 weeks out of the year. More and more works we’ve developed and produced eventually reach larger venues in the city.

Can you tell us a bit about this year’s performance festival?

This year’s festival is a celebration of 30 years of Highways work and of our artists. The festival includes a broad range of artists who are serving our mission and who are working within the communities they serve. It is important to me to continue our mission as a space of alliances and collaboration among cultures, genders, and disciplines. We are presenting film, video, dance, music, performance, and working within the diverse communities we serve.

Patrisse Cullors, #blacklivesmatter co-founder, offers a new work that looks at the ways we are all deeply impacted by harm and how we show up despite it. Shruti Purkayastha curated Femmecestor Journies which takes a look at the legacy of Femme Freedom. Planet Queer is presenting A Sexy Short Film Festival, and we’re premiering AIDS Diva: The Legend of Connie Norman by Dante Alencastre.

And we’ll be celebrating the history and meaning of the rainbow Pride flag with our Rainbow Fashion Show, so sissy your walk and come on, walk the Rainbow Runway. There will be prizes, scandalous hosts, surprise guests.

There is a lot to celebrate.  I hope you’ll join us.