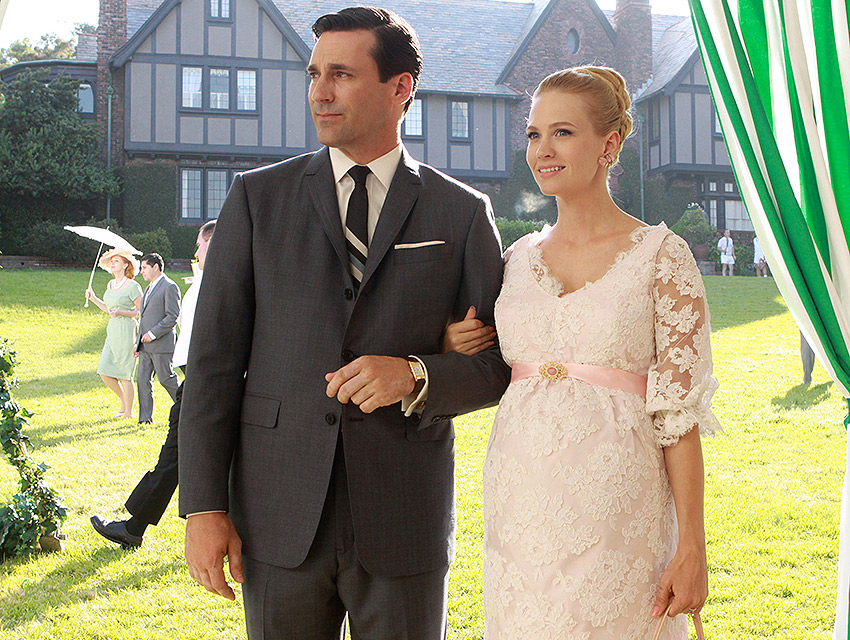 The 2015 Emmy nominees were announced this morning. For those in the running, we rejoice with you. For those who were snubbed, we mourn with you. If you simply can’t wait until the September 20 telecast, satisfy your need for all things TV by visiting the sets of some of your favorite shows. Check them out below and view the full list of nominees here.

Not only was Jon Hamm nominated as Outstanding Lead Actor in a Drama Series, but the show itself is up for an Outstanding Drama Series award. Visit the Draper house without flying to New York—the home is actually located in Pasadena. > Find it at 675 Arden Rd.

The Academy acknowledged Amy Poehler and her role on Parks and Recreation with a nod for Outstanding Lead Actress in a Comedy Series. (The show is also nominated for Outstanding Comedy Series.) And while they’d like you to think the whole thing was filmed in Indiana, most of it was shot right here in L.A. We’ve got your complete guide to its local filming locations—21 spots in all.> Find them at various locations.

How to Get Away With Murder

Viola Davis’ performance in the Shonda Rhimes thriller landed her a nomination for Outstanding Lead Actress in a Drama Series. Though the show is set in Philadelphia, Davis’ character actually lives in a house located in the North University Park Historic District. > Find it at 1130 W. 27th St.