Home Art 7 Things You Need to Do at This Weekend’s L.A. Art Book... 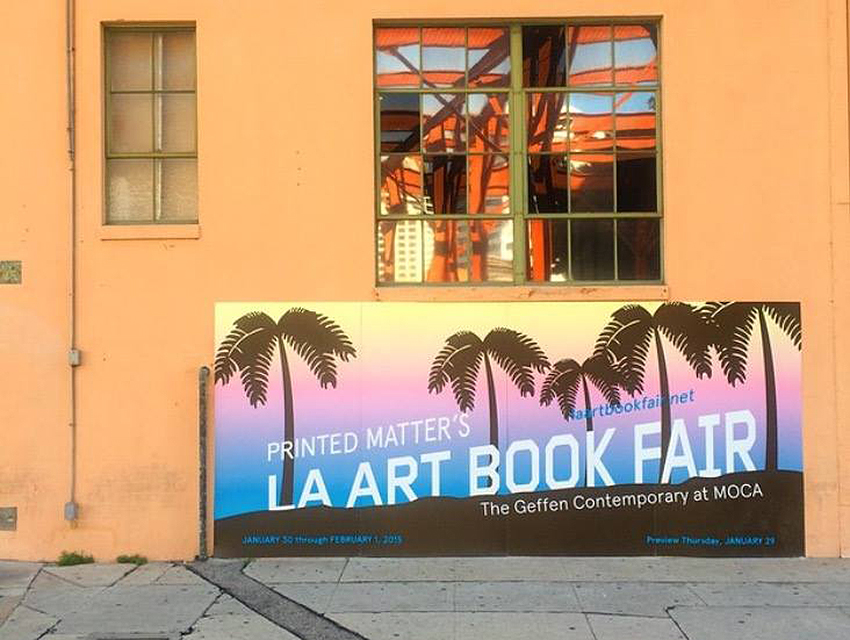 In practice, though, LAABF has become much, much bigger than that. In the midst of L.A.’s erupting creative boom, LAABF has morphed into a collective festival, with installations and events taking place all over the east side of the city and downtown.

At MOCA, the show is broken up into subsections. The largest, called XE(ROX) & PAPER + SCISSORS, features over 100 artists, zines, and small presses, spotlighting the best in independent publishing. Another subsection, FRIENDLY FIRE, focuses on the intersection of activism and art, with work by groups like New York’s Guerilla Girls and L.A.’s Women’s Center for Creative Work. Still more subsections showcase photography, works from Spain, and indie record-store magic.

Also at MOCA—and various other satellite spaces—there will be panels, DJs, and parties both formally associated with LAABF and loosely tied in to the festival.

Deciding what to visit won’t be easy—everything looks good—but here are some of the highlights:

– A zine featuring works by Carroll Dunham (yep, Lena Dunham’s dad) and artist Ross Simonini will be on display in a special exhibition area set up by Harper’s books. The area will also feature new drawings by Spring Breakers director Harmony Korine.

– Official LAABF after party at Resident. The event will start at 7:00 p.m and go until 2:00 a.m. and will feature Honey Soundsystem, N•A•A•F•I, Jock Club, and more.

– FER YOUz, the L.A. hardcore punk zine published by Brian Tucker and Nikki Tucker from 1981 to 1983, will be on display in its entirety in an exhibition presented by Arthur Fournier. The Tuckers will also speak on Saturday from 2:00 p.m. to 3:00 p.m.

– Silver Lake’s beloved Circus of Books is closing. But before they go, the shop will feature exhibits of their works, sales, and celebrations. The final blowout, called EVERYTHING MUST GO, begins February 13.

– The Bus Is Back: Mason Williams in Los Angeles is a special show that will zero in on artist, musician, and writer Mason Williams’s L.A. years: the 1960s.

– After parties at the Ace Hotel! The DTLA hotel will feature a different event every evening with collaborations from The Thing Quarterly, Tunica studio, and Mouthfeel Magazine. Each night’s celebration will begin at 8:30 p.m.