Home Books Here’s What You Missed at Carrie Brownstein’s Talk at the Los Angeles... 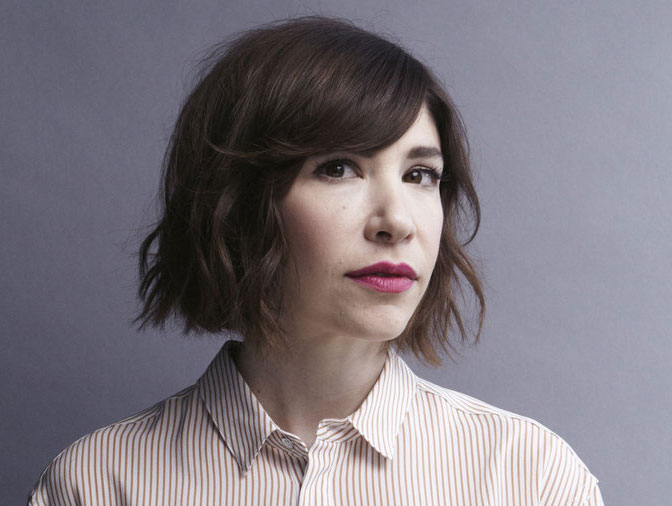 Like most musicians, Carrie Brownstein was first a passionate fan—a high schooler who once left a B-52 concert with ribs bruised from pressing up against the barrier to the stage. “My favorite kind of musical experience is to feel afterward that your heart is filled up and transformed, like it is pumping a whole new kind of blood into your veins,” she writes in the first chapter of her recent memoir, Hunger Makes Me A Modern Girl.

At the Los Angeles Times Festival of Books on Sunday, Brownstein explained to Times staff writer Lorraine Ali that eventually, being in the audience wasn’t enough; she wanted to be more than “a receptacle and a conduit for someone else’s artistry.” In Hunger Makes Me a Modern Girl, Brownstein paints a vivid picture of that realization and how she became part of the Pacific Northwest’s feminist underground scene as a guitarist and singer in the seminal rock band Sleater-Kinney.

She said she started work on the memoir when she was writing about music for NPR, during the time between the first and second incarnation of Sleater-Kinney. (The band, which went on an indefinite hiatus in 2006, reunited to make 2015’s album No Cities To Love.) At first, the book was originally intended to be more cultural criticism than memoir, but she found that people responded most when she wrote about her personal experiences. “I realized, ‘Why am I writing from an outsider’s perspective when I’ve been inside this world?’” she said.

Like Hunger Makes Me a Modern Girl, the majority of Sunday’s conversation focused on her years in Sleater-Kinney rather than her acting career. (For reference, longtime friend and Portlandia costar Fred Armisen doesn’t appear until the book’s epilogue.) She did, however, emphasize the way acting made her feel more complete as a performer. “You start to wish that you had more vividness available to you,” she said. “What Portlandia added to my life was the ability to paint with more colors—to have levity, to have absurdism—which I think are really valuable ways for thinking about more serious issues.”