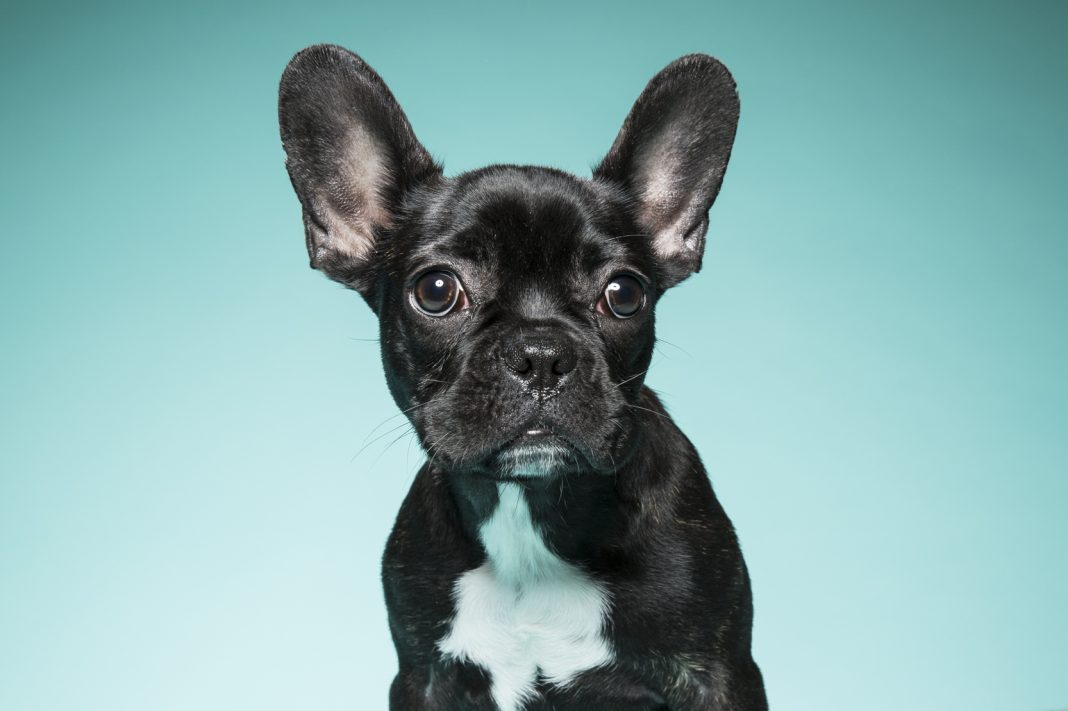 You’d think that L.A. would take its cues from the rest of America and embrace the happy-go-lucky Labrador retriever, the country’s most popular dog, as the city’s number one breed. Labradors, after all, can run long distances, hop in and out of SUVs, and fetch until they drop. But those aren’t exactly selling points for Angelenos, who are content to take their canines for brief trips down the sidewalk, don’t mind heaving them in and out of the car, and value snuggling over any other skill. They’ll even, judging by the number of Yorkies and Maltipoos peeking from bags, do the walking for them.

This trade-off of agility for personality could explain L.A.’s uncommon choice in top dogs: the English and French bulldogs, in that order. With their compacted skeletons and snub noses, you’d be hard-pressed to find more physically challenged members of the canine community. But when it comes to comic relief, bulldogs are without peer. “There’s so much appeal in the bulldog faces,” says Gina Di Nardo, vice president of the American Kennel Club. “They’re very distinctive and full of expression. There’s a lot of personality in those wrinkles and that round head.”

Of the two, the Frenchie has the more public mug. Blame it on the mechanics: The English bulldog is heavier and less agile than its Continental counterpart and harder to transport by car. It stays at home while its cousin racks up the exposure. Storm clouds threaten, but such is the French bulldog craze that by 11 on a wintry Sunday morning, nearly 50 representatives of the breed are frolicking at Rosie’s Dog Beach in Belmont Shore. The gathering resembles a high-energy demolition derby as the dogs crash into one another like tiny trucks. The rugby-style contact looks ferocious, but it’s tempered with a clownishness that’s an essential part of the Frenchies’ allure. As if on command, a black-and-white male named Bosco grabs the leash of Bronx, a brindle, and walks him down the beach while bystanders crack up.

Frenchies are big-ticket commitments. Pet-quality puppies start at $3,500, and the breed costs extra in special diets (Frenchies suffer from food allergies) and surgical treatments (for respiratory, back, and elbow problems). Bulldogs are brachycephalics (from the Greek for “short head”), flat-nosed breeds that include pugs and Boston terriers and are known for their huffing and puffing. But Frenchie owners cheerfully accept the expense; each one I talk to cites the dogs’ affectionate natures, an easy camaraderie that differs from the jangly, needy qualities of, say, Chihuahuas or Yorkshire terriers.

The time comes for a group portrait, and the Frenchies are hoisted by their considerable chests for the shot. Uschi Stokes started the Long Beach meetups as a way for her now-five-year-old Bella to socialize. “Frenchies have a unique way of playing, which is rough,” says Stokes. “A lot of head butting, ear nibbling, kissing. Not all breeds, especially the smaller ones, like it.” The outings also offer a chance to trade tips, mostly on medical topics. “The first thing owners talk about is how sweet they are, then by the third sentence you’re into ‘How did you deal with that health issue?’ ” says Stokes, whose dog was born with a collapsed trachea and has undergone several major surgeries. Still, she’s enamored with Bella’s personality. “She’s so happy, always upbeat and ready to go, so consistent in her moods. I wish I could be like her.”

The Frenchie came into being in the 1800s. The British had been developing a toy version of their classic bulldog but were appalled when the dogs were born with batlike ears. The Brits deemed the protrusions a disqualification. The French had no such qualms and adopted the breed as their own. According to the AKC standard, a French bulldog should weigh no more than 28 pounds (compared with the English bulldog’s 50) and colors other than brindle, fawn, and white are banned from the show ring.

Throughout the 1900s, Americans gravitated to breeds popularized by TV (collies and German shepherds), presidential patronage (beagles and cocker spaniels), marketing campaigns (Chihuahuas and bull terriers), and celebrity ownership (Yorkshire terriers). The Frenchie boom of the past decade doesn’t have a Paris Hilton or Barack Obama moment (if anything, celebrities have been late to the game, with Dwayne Johnson, Lady Gaga, and other Frenchie fans just a couple of years into ownership). Rather, the attentions of L.A. and New York—Frenchies edge out the English bulldog for number one in the latter—have propelled the breed to ubiquity. The AKC’s New York-based Di Nardo witnesses the L.A. love affair every time she visits her brother here. “L.A. is a trendy and hip place, and the Frenchie is trendy and hip,” she says. “As people see more of them, and they’re everywhere in L.A., that’s made them curious.”

As a veterinarian at the Animal Specialty and Emergency Center in West L.A., Mary Somerville is well-versed in Frenchie health problems. She ticks off the long list of procedures she performs on the breed, starting with the corrections to help their breathing: nasal widening, soft palate shortening, and laryngeal saccule removal. “Say if you were to take a shepherd’s nose and squish it into a small space, you’ve got to remember that you still have a lot of tissue,” she says. “What the flatter-nose dogs have is this excess, so it’s harder for them to move air, and those tissues swell up when they get heated, which narrows even more the ability of air to move in and out.”

Other common Frenchie maladies include hiatal hernias, created by the dogs’ labored breathing, and ruptured disks in a breed that already suffers from hemivertebrae—fused vertebrae that twist the back line and account for the screw-shaped tails. Somerville has also seen enough elbow fractures that she’s launched a study to determine whether the dogs suffer from poor bone confirmation in their legs.

Somerville understands the attraction. She took in her first Frenchie, a rescue, 15 years ago, before people even recognized what the dogs were. Her next, Lenny, had been taken away from its owner by the courts. Despite all their physical travails, Somerville can’t imagine not having one. “They grow on you,” she says. “I find a lot of my clients who have Frenchies repeat getting them even though they’re problematic. There’s something about them that’s very endearing. They’re more of a companion dog as opposed to a dog dog. These guys, that’s their purpose: to be your buddy.

“They’re great city dogs as well. They don’t need a lot of exercise. They’re easy to maintain in condos or apartments. You’re not going to see Frenchie owners with one of those ball things throwing a ball. That’s not going to happen.”

From 2002 t0 2005, the number of puppies imported into the United States tripled, with L.A. the primary destination for shipments to California. The surge in imports led to an alarming development. Roughly ten years ago local health officials noted a rise in dead puppies arriving at LAX from Eastern Europe and Asia. French bulldogs, the most popular import, were high among the wave of fatalities. Some of the puppies had succumbed to dehydration, fatally low blood sugar, or respiratory congestion. The deaths prompted a collaboration between federal and local agencies to oversee LAX shipments during two-week periods in 2008. After the task force impounded several underage Frenchies (bringing in puppies less than four months of age is a violation of the Animal Welfare Act), importers responded by changing air carriers and scheduling shipments during unmonitored times. The evasive measures have made it harder to crack down on unscrupulous practices—largely propelled by lucrative internet sales.

“We looked at the Web sites through which the French bulldog puppies are sold, and they’re saying that the dogs are born and bred locally,” says Tamerin Scott, chief veterinarian with the Los Angeles County public health department. “The people who get them have no idea that the cute puppy they bought on the internet came in from Ukraine. These puppies have never seen a vet and are potentially carrying diseases that could infect them.”

For anyone purchasing a puppy, meeting a parent dog is essential, Scott advises. But “the thing I struggle with is that I also work with the shelters,” she says. “I would advise any potential dog owner to go to the shelter and adopt an animal. There are 40,000 healthy adoptable dogs killed every year in this county.”

Culver City veterinarian Barry Baum started as an English bulldog aficionado, but the health heartbreaks added up. He switched to Frenchies and now competes with his dogs around the country. He will be among the crowd at the Beverly Hills Kennel Club shows on March 4 and 5 at the L.A. County Fairplex in Pomona (the first day of competition airs April 16 on NBC). Dog shows are one method by which potential Frenchie owners can guarantee they’re acquiring an American-bred dog. “The correct way to approach any breeder is to go up and say, ‘I love your dogs; they are so pretty,’ ” says Baum. “ ‘Can you tell me about them?’ A compliment always breaks the ice.”

In October Baum traveled to a show in Las Vegas staged solely for French bulldogs. Among the 280 competitors was Ruby, one of the country’s top Frenchies, owned by Patricia Hearst and ferried to the shows in Hearst’s private jet. “I had a celebrity-mad friend with me, and she wanted a picture of Patty,” says Baum. “I had to pose in such a way that she could get a photo with Patty in the background.” It was probably the one time all eyes were on the person holding the leash and not the wide-eyed Frenchie at the end of it.