Home Entertaining Here’s a List of the 12 Best Things to Do in L.A.... 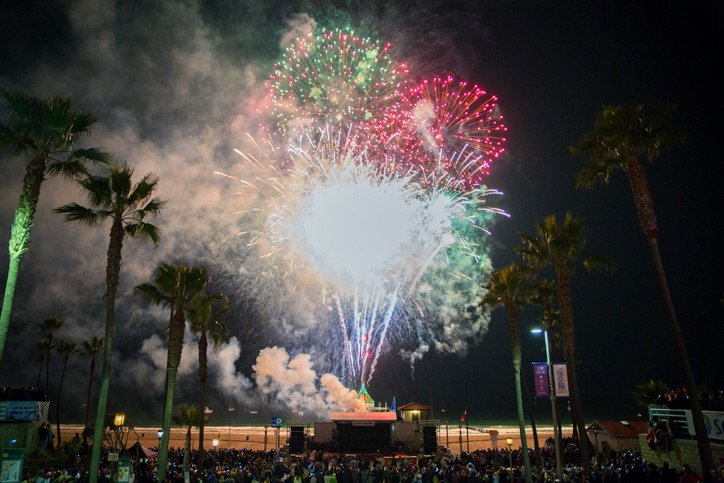 Indio is good for more than flower crowns and polo tournaments. Some 200 vendors will be slinging steamed packets of masa in Old Town. Unwrap yours in the beer or wine gardens or while rocking out at one of five stages.

Any choir nerd will tell you that Eric Whitacre is the Yoda of four-part harmony. (Genius he is.) As the Los Angeles Master Chorale’s artist-in-residence, he conducts its Festival of Carols. Catch two performances of holiday classics as well as a handful of Whitacre’s engrossing original compositions at Disney Hall.

Is it even Christmas if you don’t watch a Sugar Plum Fairy leap across a stage? (The answer is no.) The Dorothy Chandler Pavilion hosts the world premiere of Miami City Ballet’s George Balanchine’s The Nutcracker. Sets and costumes from Cuban American designers Isabel and Ruben Toledo add contemporary flare to Balanchine’s classic choreography.

Rembrandt: Self Portrait at the Age of 34
December 8-March 5

Before there was the selfie, there was the self-portrait, and Rembrandt was a master of the genre. His Self Portrait at the Age of 34 (on loan from London’s National Gallery) takes up a brief residency at the Norton Simon. See it with some of the artist’s other prints and paintings from the 1630s.

Christmas lists are no match for this biannual marketplace at Mack Sennett Studios, which showcases goods from more than 120 artisans (including hometown heroes like Gabriella Artigas and Christy Dawn). For even more Etsy-like goodness, pop over to the Renegade Craft Fair—billed as the largest event of its kind—at Los Angeles State Historic Park the same weekend.

The Hammer hosts a free Maurice Sendak twofer that’s guaranteed to please any Scrooge. Catch a seven-minute short of the writer-illustrator’s beloved children’s book Where the Wild Things ahead of a screening of Carroll Ballard’s Nutcracker. Sendak designed a number of the sets and costumes seen in the 1986 movie.

Pack a lawn chair, a blanket, and a Santa hat for the South Bay’s 29th annual fireworks show. Streets around the Manhattan Beach Pier close at 2 p.m. to make way for live music and a snow park; the main event begins at 7.

Artist Gary Simmons’s Fade to Black installation—murals commemorating unrecognized films by African American actors—looms large in the lobby of the California African American Museum. He chats about his life and career with Thelma Golden, the director of the Studio Museum in Harlem, at CAAM.

If you’re over the age of 30, the words “38,000-square-foot ice park” are probably synonymous with “emergency room.” Ignore the voice in your head, and indulge in some rare winter fun at the Queen Mary, which has souped up its annual event with ice bumper cars, ice shuffle board, a zip line, and more.

Beauty and the Beast: A Christmas Rose
December 14-January 2

The Brits love a good live panto (interactive theater with an absurdist twist). Beauty and the Beast gets the treatment at the Pasadena Civic courtesy of the Lythgoe Family Panto, this one complete with tunes from Maroon 5, Imagine Dragons, and the Bee Gees.

Only in L.A. is snow ogled at a museum. Dust off your wellies and put them to use at Kidspace in Pasadena, where tons of frosty white stuff is brought in for days of angel and snowball making. Warm up during live performances and cookie decorating.

What would “Thriller” sound like as a jazz standard? Only Postmodern Jukebox knows. Pianist Scott Bradlee’s music collective found fame on YouTube with its jazz, ragtime, and swing renditions of chart toppers. You can ring in 2018 with them at Disney Hall.

RELATED: How to See 20 of L.A.’s Most Iconic Film Locations in Just One Day