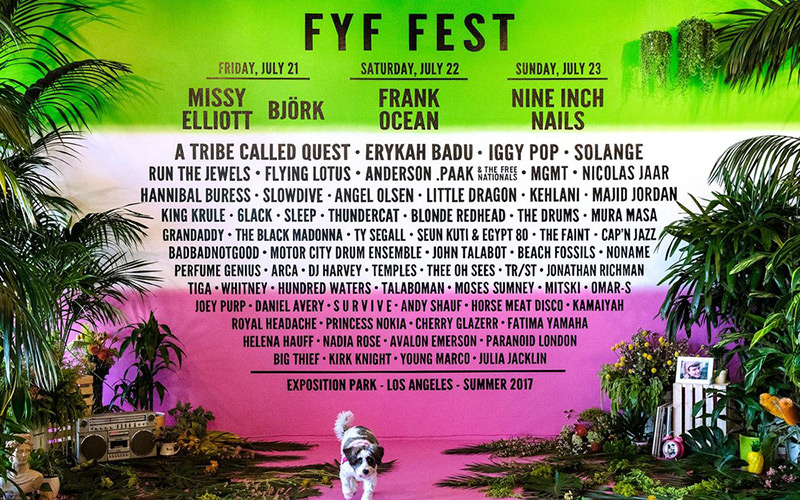 The lineup for this year’s FYF Fest, set to take place July 21-23 in Exposition Park, was announced this morning. There’s no official slogan for the fest, but it might as well be, “FYF: Something for Everyone!” 2017 headliners include Missy Elliot (supposedly her only live performance this year), Frank Ocean, Nine Inch Nails, and Bjork, while other heavy hitters include A Tribe Called Quest, Run the Jewels, Flying Lotus, MGMT, Little Dragon, and Solange. In other news, this is the first time since 2013 that the fest will be bringing comedy back to its stages, with Hannibal Buress set to perform.

Weekend passes for the festival start at $299 and go on sale March 24 at 12 p.m. PST. A VIP pass will cost you $549, while a single day pass (which won’t be available until mid-April) will set you back $125. When it comes time to buy you can get your tickets here; in the meantime, check out the full lineup below.