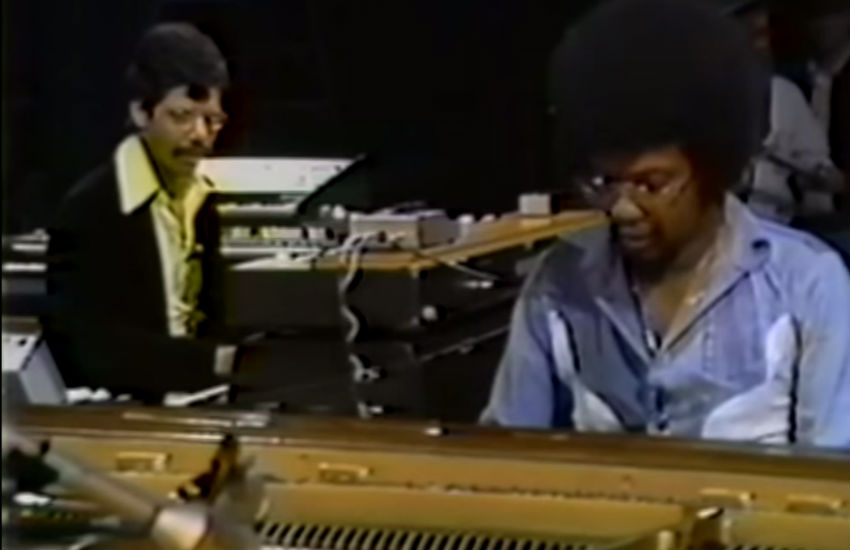 This Saturday jazz keyboard legends Herbie Hancock and Chick Corea will perform as an acoustic piano duo at Walt Disney Concert Hall as part of a worldwide tour recreating the legendary shows they did for the first time in 1978. Both Hancock and Corea released double albums that drew from those live performances: Hancock’s An Evening with Herbie Hancock & Chick Corea: In Concert; and Corea’s CoreaHancock.

Hancock is excited to reunite with Corea who—like himself—has played with legendary Miles Davis. “We’re going to put a different twist on it this time and add some synthesizers to create an atmosphere that cannot be created in the same way with acoustic pianos,” says the one-time child prodigy whose innovative yet accessible albums are among the most influential in the history of jazz.

If you can’t make the show there’s still a chance you might get to experience Hancock and Corea jamming. Hancock, who also serves as the L.A. Philharmonic’s Creative Chair for Jazz, explains that they will be recording performances as they go. “We typically record everything just to document things. With any luck we’ll release it to the public later if we feel it captures something special.”

Before starting the tour, Hancock was able to squeeze in a little time to get his own new album started, which he is working on with L.A.-based producer, rapper, and beats pioneer Flying Lotus. He says they are not recording it in the traditional way. “This is the twenty-first century, there’s a lot of new software—the word software wasn’t even on the radar before! We are actually creating possible building blocks: these kind of moments—and we’ll see how we want to put them together afterwards. Combine them in different ways as we start to progress.”

When asked what his favorite venue has been over his storied career, he is diplomatic. “I try to make every one my favorite,” Hancock muses, “because I want to make the music work for the people. There are places that look beautiful—you say, ‘Wow, how gorgeous this is’— and some places have a history. That history is in the vibe of the atmosphere of the place, which is really cool. Sometimes even newer halls are surprisingly good.”

“One of my favorite halls is actually Disney Hall here in L.A. I love what Frank Gehry did with the architecture. When I first walked inside, it was overwhelming.” The design of some concert halls, he says, makes it easier for players to hear one another, which of course yields better music. Disney Concert Hall is one of those places. “It’s acoustically amazing,” Hancock said. “You can hear everything. We can hear a whisper from the audience!”