Home TV What Hello Ladies Teaches You About Dating in L.A. 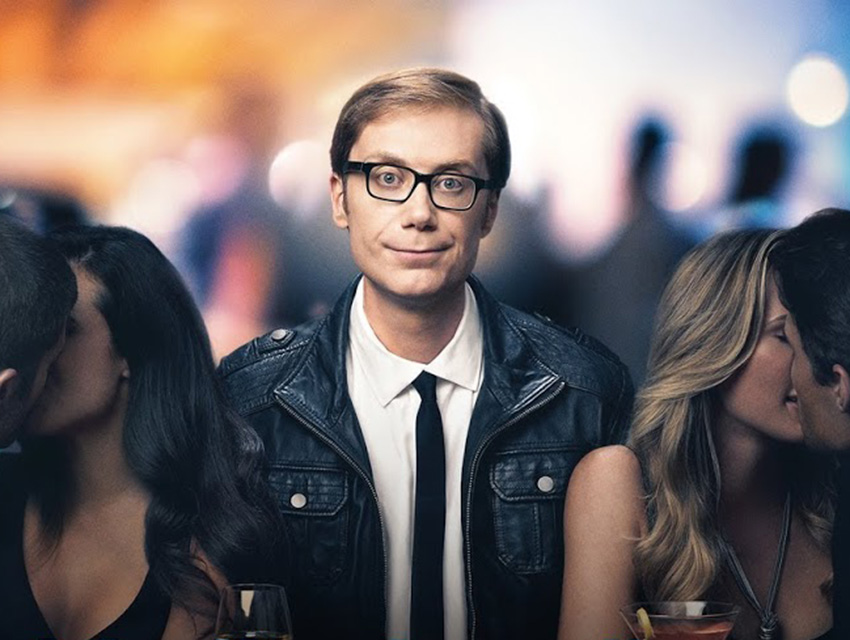 Dating is among the worst experiences in the world. If living through it isn’t bad enough, we can now relive the agony by binge-watching Hello Ladies, Stephen Merchant’s short-lived HBO series. The show, which was based on a standup routine, stars the lanky, goggle-eyed Merchant as Stuart Pritchard, a gawky Brit trying to navigate L.A.’s dating scene. During its one season run in 2013 it was the kind of comedy you watched through squinted eyes, fingernails planted firmly between your teeth.

It was funny, depressing, discouraging, and horrifyingly accurate in its depiction of L.A. singledom. The series came to a close Saturday with the 80-minute special Hello Ladies: The Movie. It was an edifying experience, one that taught us plenty about life, love, and how not to talk to potential romantic interests.

Men In A Bar Only Want One Thing
And it’s not a conversation or a game of Scrabble. It’s sex. If most men at bars are anything like Stuart, they’ll go to extreme lengths to avoid coming home alone.

Everyone Is Shallow
It’s not gender specific. Men and women can be equally judgmental, especially in Los Angeles. With herds of beautiful people roaming this city, it only makes sense that we’d all want to date one. While Stuart is determined to snag a model, his actress friend Jessica can’t let go of the stereotypical jerk with abs of steel. Neither is emotionally fulfilled but time and again, they both choose beauty above all other qualities.

Everyone’s Desperate To Be Cool
Think of L.A. as a massive high school where everyone wants to sit at the cool kids’ table. Stuart’s a sweet, awkward guy with Clark Kent’s glasses and Bigfoot’s gait. Instead of finding people he truly likes, he chases women who have no interest in him while trying to prove how great his life is. He ends up looking pathetic and fake, giving Angelenos a bad name.

Chivalry Is Dead But Mind Games Are Not
Stuart abides by a set of dating rules that are as rigid as if they were inscribed on a stone tablet: waiting three days to call after a date, playing hard to get… the list goes on. It seemed his quest to hook up with a model had ended when he dated a “regular” girl. Their brief courtship was nice while it lasted, but with his not-so-smooth approach to women Stuart eventually blew it.

SPOILER ALERT: There’s Hope
If you don’t want to know Stuart’s fate, stop reading. For the rest of you: Long story short, he gets his happy ending. Stuart and Jessica give up on models and jerks and realize they were meant for each other. Yes, the awkward guy who says the wrong thing at the wrong time winds up happy. If he can find love, there’s hope for the rest of us.