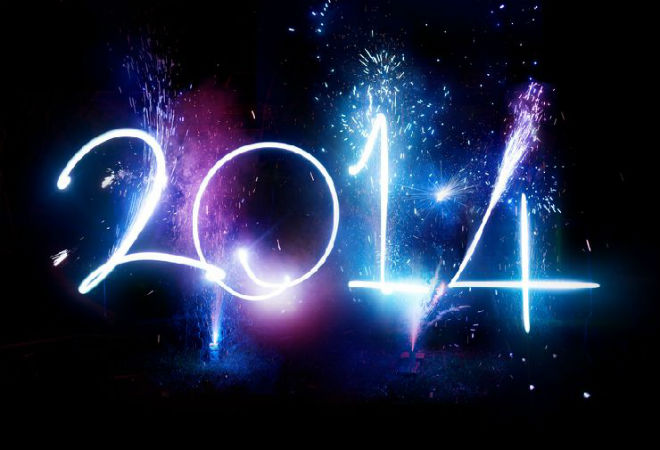 Expectations for New Year’s Eve are high. How do you make sure the biggest party night of the year isn’t a bust? Easy. We’ve compiled a list of the most happening events in the city. Put on your best threads and let your hair down—or up. 2014 is right around the corner.

Carnival at the Hall
At Walt Disney Concert Hall, Brazilian dancers shimmy to the rhythms of drum goddess Sheila E., while bossa nova hotshot Sergio Mendes provides a joyous farewell to 2013.
When: December 31, 7 p.m. & 10:30 p.m.
Price: Prices range between $70 and $197

Escape Reality
2013 will magically turn into 2014 at Magicopolis’s New Year’s Eve show, Escape Reality. The ticket comes with champagne or cider, pizza, a souvenir bag of tricks, and a magic class.
When: December 31, 9 p.m.
Price: $60

New Year’s Eve at DBA
DBA, a new club in West Hollywood, gets the party started with theatrical offerings from nightlife connoisseur Simon Hammerstein. Admission includes access to a hosted bar plus a midnight champagne toast. The pricier option includes all of the above as well as expedited entry.
When: December 31, 10 p.m. – 2 a.m.
Price: $125 & $150

Rockwell: Table & Stage
The roaring twenties are back for one night as Rockwell: Table & Stage is transformed into the world of the Great Gatsby for a New Year’s Eve extravaganza. Enjoy a three-course prix fixe dinner while DJs curate a soundtrack pieced together by scores from the movies of Baz Luhrmann.
When: December 31, 6:30 p.m.
Price: $80 – &175

Townhouse presents: Venice of Thrones
Ever wondered how the Lannisters, Starks, and Baratheons ring in the New Year? The Del Monte Speakeasy is throwing a Game of Thrones-themed party so come dressed as your favorite character from the HBO show. Los Kinkos perform “Westeros rock and roll” as you enjoy your wild boar roast. Winter is coming.
When: December 31, 8 p.m.
Price: $35 – $50

New Year’s Eve Aboard the Queen Mary
To celebrate the New Year, the Queen Mary will embark on a celebratory “journey” (the ocean liner doesn’t actually leave its dock in Long Beach) to its most exotic destinations. Visit Bombay, Rio de Janeiro, New York City aboard the ship and enjoy the fireworks from the deck.
When: December 31, 7 p.m.
Price: $99 – $199

Cleopatra’s 5th Annual New Year’s Eve Ball at the Egyptian Theatre
The courtyard of the Egyptian Theatre will be transformed into an Egyptian-themed nightclub featuring sexy Cleopatras and pharaohs mixing cocktails as DJs blasting modern beats.
When: December 31, 9 p.m.
Price: Starting at $60

L.A. to Vegas: The Best Performers and Events in Sin City on New Year’s Eve