Home Politics Heidi Schreck’s ‘What the Constitution Means to Me’ Is a Play for... 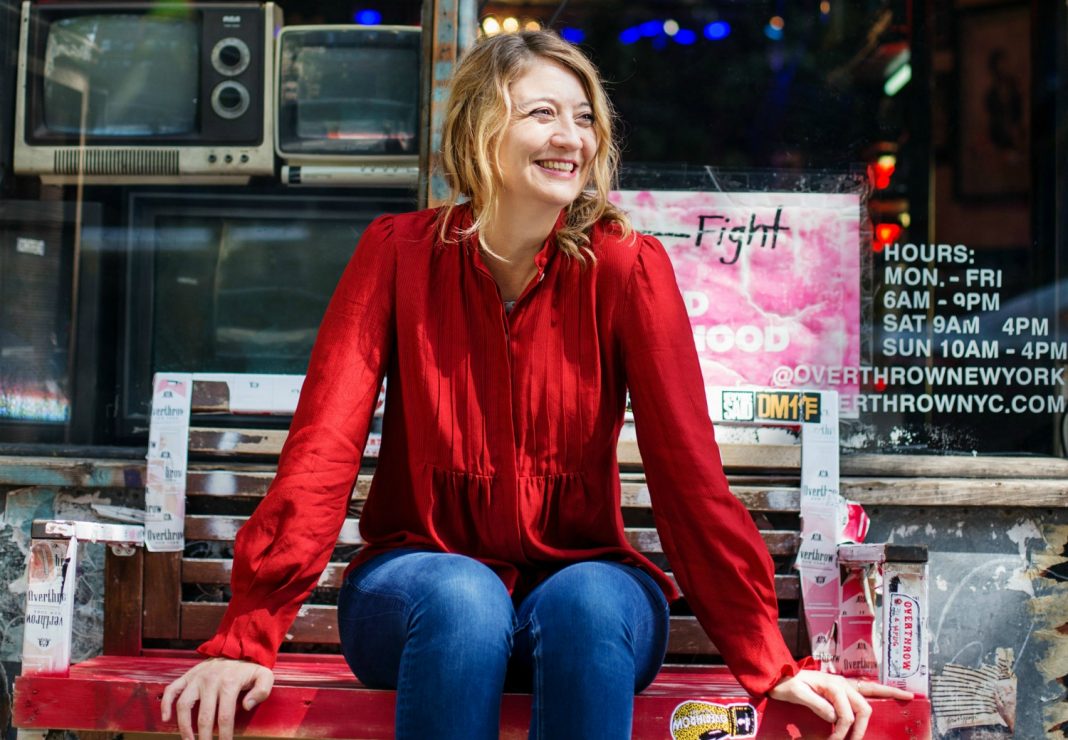 Despite its title, Heidi Schreck’s Broadway hit, What the Constitution Means to Me, is less about her and more about the rest of us. A Pulitzer finalist, Schreck was also nominated for two Tony Awards for her look at one of our country’s foundational documents, even as she bears witness to a system that discriminates on the basis of sex and race. It’s a personal narrative rooted in her teen years spent competing in speech contests centered on the Constitution. With Schreck’s guidance, Maria Dizzia takes over the role for the L.A. run January 12 through February 23 at the Mark Taper Forum.

“Even though Heidi is talking about her own particular experience, it actually reaches a much larger audience,” says Dizzia, who plays Polly Harper on Orange Is the New Black and was a 2010 Tony nominee for her role in In the Next Room (or The Vibrator Play). “I feel even if we didn’t alter the script at all, I see a lot of myself and a lot of my experience as a girl and as a mother and as a citizen in it,” she adds, talking from her home in New York, where she lives with her husband, playwright Will Eno, and daughter, Albertine.

The play puts Dizzia center stage as a 15-year-old participant giving a speech in a contest put on by the Wenatchee, Washington, American Legion. She is interrupted by her older self, who elaborates on personal points touching on the legacy of spousal abuse in her family, growing up in an abortion-free zone, and her struggles with an unwanted pregnancy.

Schreck has known Dizzia since moving to New York 15 years ago, and together the pair forged a template for the play that affords future performers a chance to plug in their own experiences without changing the production’s DNA. “I feel like the play is asking me to rise to meet it,” Dizzia says. “They say don’t look down. If I look down, I get scared and worry about filling Heidi’s shoes. But I love it. I love the language, and I love what I’ve learned from it.”

Directed by Oliver Butler, Dizzia will be joined by original cast members Mike Iveson as a legionnaire and Rosdely Ciprian as her 15-year-old debating partner.

“I started writing it so long ago, I couldn’t foresee the moment that we’re in,” says Schreck. “It felt relevant to me at the time, and it became more relevant as…all the issues and the questions I was asking became louder and louder in the culture. What’s happening now isn’t new. It’s been going on since the beginning of this country. So I guess it makes sense to me that it continues to be relevant because I think we have so much work to do in this country.”

RELATED: L.A. Charities Fighting for the Rights of Incarcerated Women Are Getting the ‘Orange Is the New Black’ Bump

L.A. Charities Fighting for the Rights of Incarcerated Women Are Getting the “Orange Is the New Black” Bump