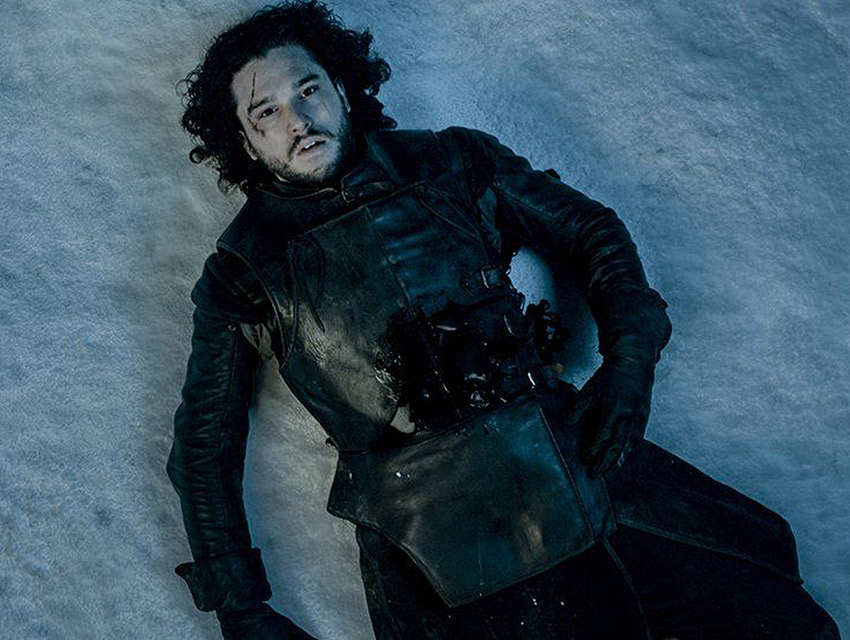 The Television Critics Association summer press tour charges on, leaving both bad and good news in its wake. HBO programming chief Michael Lombardo took the stage yesterday in Beverly Hills to discuss (among other things) HBO’s current crown jewel, Game of Thrones. The good news? Lombardo says the show will likely surpass its original seven-season projection.“Seven-seasons-and-out has never been the conversation,” Lombardo told reporters. “The question is, how much beyond seven are we going to do? Obviously we’re shooting six now, hopefully discussing seven. [Showrunners David Benioff and Dan Weiss] feel like there’s two more years after six. I would always love for them to change their minds, but that’s what we’re looking at right now.” Bonus Throneus: A prequel series is not out of the question.

Lombardo also fielded questions regarding the true fate of fan-favorite character Jon Snow (Kit Harington). While we’re all hoping that Snow–who we last saw bleeding out on the grounds of Castle Black after being stabbed an aggressive amount of times–will, somehow, make it back for season six, Lombardo took the wind out of everyone’s sails at yesterday’s conference.“Dead is dead is dead is dead. He be dead,” Lombardo said. “In everything I’ve seen, heard, or read, Jon Snow is indeed dead.” Clearly Lombardo hasn’t seen, heard, or read reports of Harington arriving in Belfast in preparation for the filming of season six.

So the question remains: Is Jon Snow all dead? Or just mostly dead? Anyone who’s anyone knows there’s a difference between the two. We’re going with mostly dead, no matter what Lombardo says.