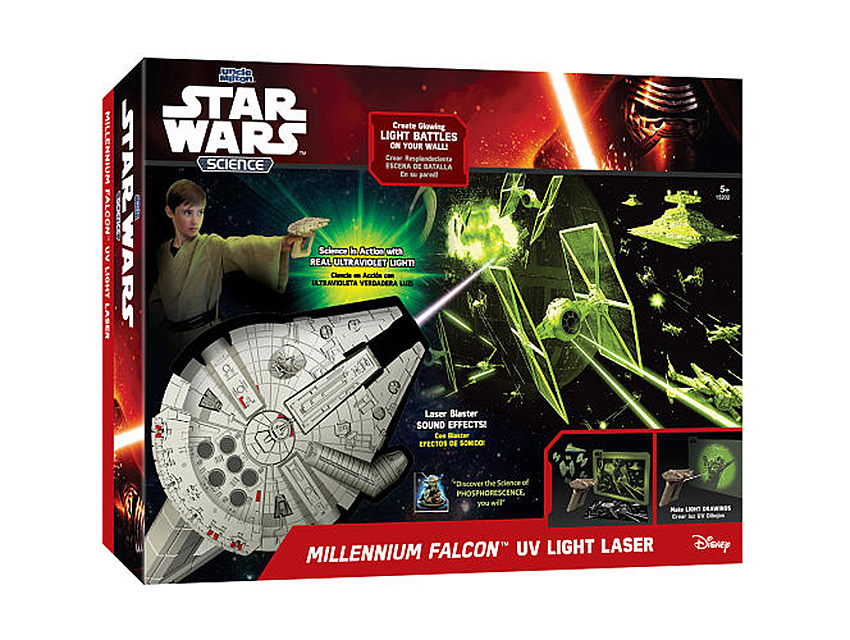 With the premiere of Star Wars: The Force Awakens slated for this December, this year’s Force Friday (an unofficial holiday akin to Black Friday for Star Wars fanatics) has been particularly anticipated. Hoards of fans waited outside multiple L.A.-area stores in the hopes of being amongst the first to pick up the newly-released Star Wars merch. While the Disney Store’s midnight opening was no surprise (The House of Mouse currently owns the franchise), Target, Walmart, and Toys “R” Us got in on the Force Friday fun by opening their doors in the wee hours of the morning as well. Despite the sheer amount of amazing items that debuted today, we managed to narrow it down to the three you need:

BB-8 Droid
Sold exclusively at Target in collaboration with Hasbro, the remote controlled version of the Jedis’s newest sidekick is part of Target’s original line up of Star Wars products. The authentic-looking BB-8 Droid can be controlled by the user and will roll in various directions.