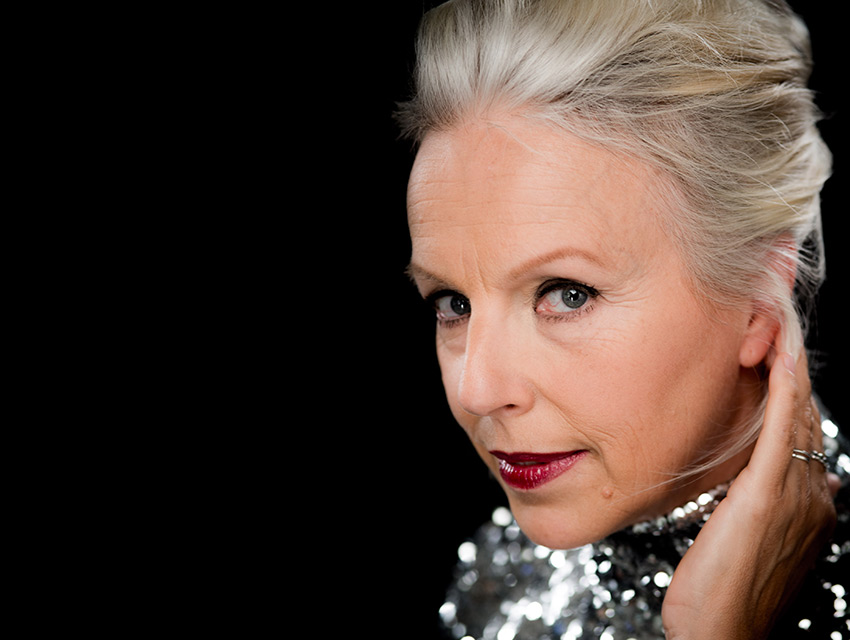 Anne Sofie von Otter is no stranger to collaborating. The Grammy-winning mezzo-soprano has an impressive list of creative cohorts, including jazz pianist Brad Mehldau (they worked on the album Love Songs) and Elvis Costello (they teamed up on For the Stars). On Wednesday, May 11, she’ll link up with conductor Nicholas McGegan of the Philharmonia Baroque Orchestra for Philharmonia Baroque: Handel and Pärt, a special performance celebrating McGegan’s 30th anniversary as conductor and music director. It’s the first time the pair has worked together.

“I’ve never sung with Nick or them before, but it’s a great orchestra,” von Otter says during a break in rehearsals. “It’s very easy making music together, and it’s been a long time coming. I wish I could have done something sooner.” Joining von Otter for the show is countertenor Andreas Scholl, a pairing that dictated which of Handel’s arias and duets would end up in the concert. “I was in touch with Andreas about what we could do together,” von Otter says. “Andreas thought it would be nice to not have just Baroque. The idea came to include Pärt because he has performed a lot at Walt Disney Concert Hall. And I had recently worked with Caroline Shaw on a piece of hers. I asked if she’d like to write another piece with this ensemble in mind. She loved that idea, and she did very quickly. We rehearsed it, and it is beautiful.”

Von Otter is the rare singer who finds herself at home with all styles of music. “I think I get turned on by many, many composers,” she says. “I always feel very at home in Baroque music, and pop music has its roots in Baroque, I would say. I just did a disc of contemporary music from jazz, pop, and classical. John Adams very evidently has gotten a lot of influence from pop music. Conversely, Sting, Elvis Costello, and Kate Bush have been influenced by classical music.”

Though von Otter has performed in operas all around the world, she has yet to receive an invitation to perform with LA Opera. “I would love that,” she says. “It’s a big house and a big hall. My voice is considered a bit small for big American houses where opera is concerned, but if anything came up in Los Angeles, I’d come in an instant.”

Von Otter, who just turned 61 on Monday, knows that more of her career is behind her rather than in front of her. “I know already that my opportunities will decrease little by little,” she says. “It’s still going very well. My planning isn’t so far into the future as it used to be. I can see the end coming, but I don’t know when. Fortunately I like to do master classes. I have a hard time not making music, but, through teaching others, I get turned on myself. It feels a bit melancholy, but it is just life. We’re all going to die. Our voices are going to stop. I’m happy I’ve had such a nice long career and it ain’t over yet.”