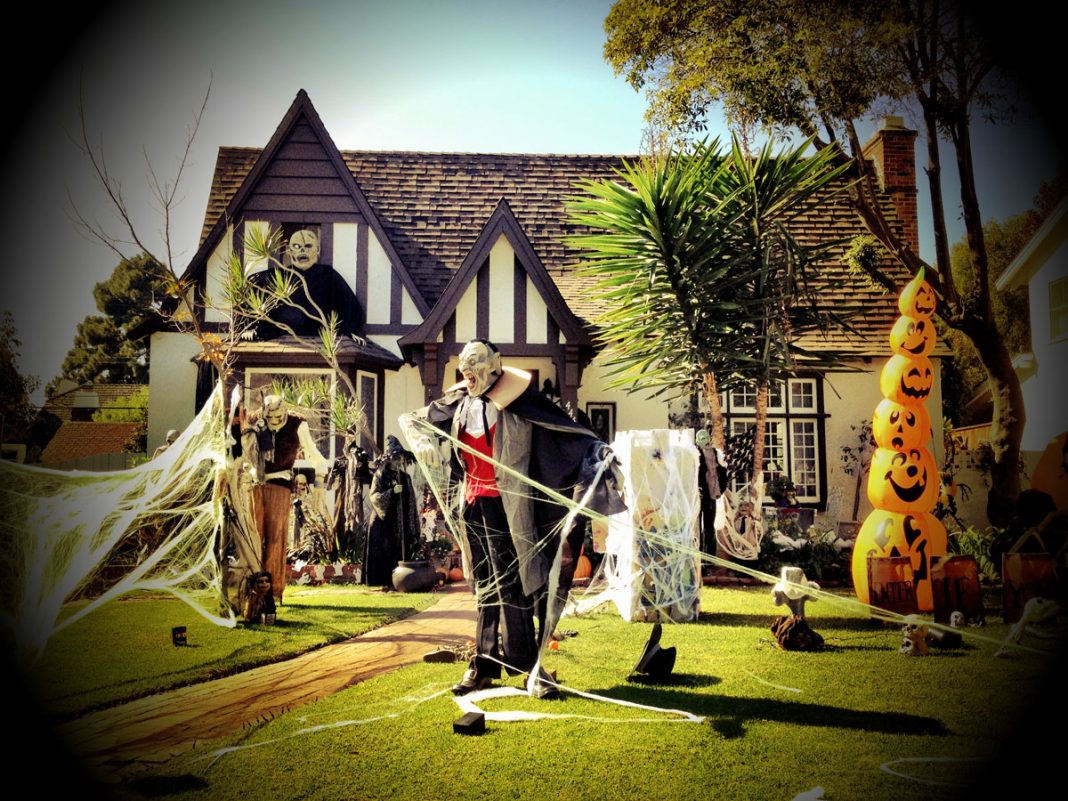 Neighborhood haunts usually start small. Then some overachiever spends a little too much at Party City one year, and soon enough the entire block is filled with the giggles and shrieks of young trick-or-treaters wrapped in the orange glow of Halloween. Herewith are some of L.A.’s most over-the-top Halloween yard art displays that attract the costumed hordes.

When your street is filled with not only spooky old Victorian houses but also ones that are recognizable from movies and TV shows such as Charmed and Salem’s Lot, the ghosts come out to socialize. Homeowners dress up and brace for the onslaught when 3,000 kids arrive looking for plunder. Prepare for a sea of revelers—lines for candy can snake around the block. Last year a zombie dance troupe reenacted Michael Jackson’s moves in front of the “Thriller” video house.

This affluent Valley neighborhood spares no expense in elaborate seasonal decor that rivals the best front-yard scenes at Christmastime. Comedian Bob Hope set the bar high when he lived here and would hand out full-size candy bars—as well as toys bearing his own mug. A private security patrol keeps an eye on all the scary clowns.

Several residents on “Spooky Saloma” join together to spook upward of 500 kids with foggy mazes outside the cobweb-covered homes. Look for the countrified skeleton band playing banjos on hay bales and a coven of witches holding hands. “My son coaches a soccer team,” says homeowner Kathleen Cohen. “He has the kids dress up as werewolves and scare people.”

At the edge of the county, where the scrub meets the cul-de-sacs, more than 50 homes are primed for a massive block party. “When I sell a house,” says Realtor Lydia Gable, “I tell them decorations are mandatory.” Creatives from the movie studios haul in elaborate, scary set pieces and erect front-yard tableaux to the delight of gawking youngsters who roam the family-friendly street.

Though the entire street celebrates, “the Witch House,” a storybook cottage straight out of a Brothers Grimm tale, is a Halloween beacon. Owner Michael Libow continues a decades-long celebratory tradition by handing out some 5,000 custom-labeled chocolate bars. He’s upped the ante by adding drag queen versions of Ursula and Maleficent and a disco remix of the Haunted Mansion soundtrack from Disneyland.

Decades ago a resident in this sleepy neighborhood of Craftsmans lined his driveway with pumpkins, and a tradition took root. Today one house features quarter-ton gourds fashioned into giant spiders, Tiffany lamps, and Cinderella’s carriage. An homage to Alfred Hitchcock showcases birds attacking the Bates Motel. “We used to wear costumes and sit in our darkened doorway,” says homeowner Miriam Trogdon, “but the children broke down in tears.”