Home Outdoors Half of the State Is No Longer in a Drought, So Now... 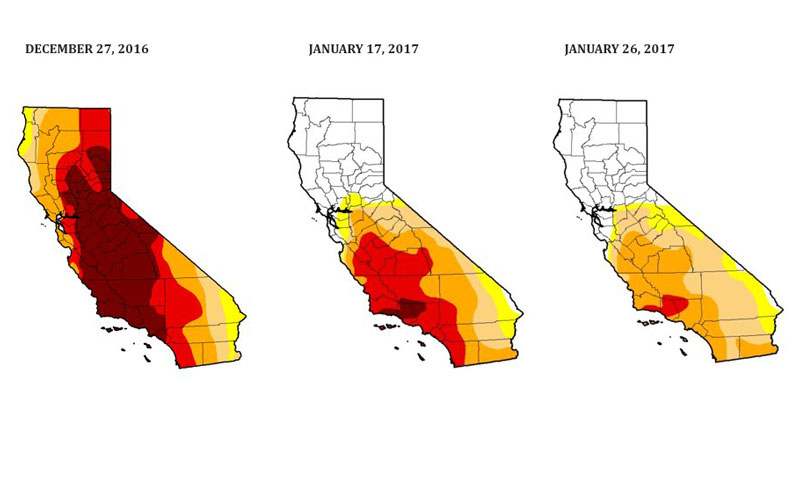 The return of actual amounts of rainfall this winter and autumn wasn’t only good for our photographic skills—and our souls–the precipitation also lifted half the state out of the drought, according to the U.S. Drought Monitor.

But don’t turn on your hose to water the lawn and then forget about it until the middle of the night when you’re like “what’s that sound?” quite yet. Some 25 million Californians still live in drought areas. Locally, we’ve got some groundwater to replenish.

RELATED: The Very Best Things to Do in L.A. When It’s Rainy and Chilly

It’s good to see these two photos in this order:

Before and After: The Rain’s Impact on Three California Reservoirs | Drought Watch | KQED Science https://t.co/HJEIEU58eL