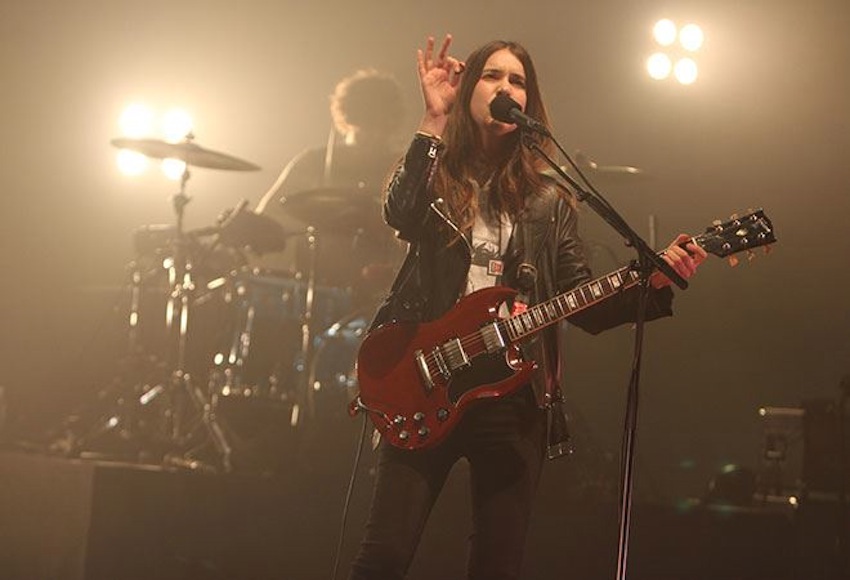 The sisters of Haim have been on the festival circuit all year, from Singapore’s Laneway Festival in January to Montreal’s Osheaga Festival last weekend in support of their buzzy debut album, Days Are Gone.Back in L.A., the San Fernando Valley band gushed about how excited they were for the homecoming show (a Haim-coming, we heard someone say).

“Now, enough of this emotional shit. Let’s rage,” said lead singer Danielle after performing a stripped-down reworking of “Running If You Call My Name,” which she admitted she was a little nervous to play.

The four-piece band changed up their formula for a cover of Beyoncé’s “XO”—Danielle took a turn on the full drum kit, drummer Dash Hutton picked up her guitar, and bassist Este sang lead vocals. If you don’t have tickets to tonight’s show, you can watch them perform it in the BBC Radio 1 Live Lounge earlier this year here.

Haim played:
Falling
If I Could Change Your Mind
Oh Well (Fleetwood Mac cover)
Honey & I
Days Are Gone
My Song 5
Running If You Call My Name
Don’t Save Me
Forever