Home Music The Haden Triplets Stick to Their Family Roots 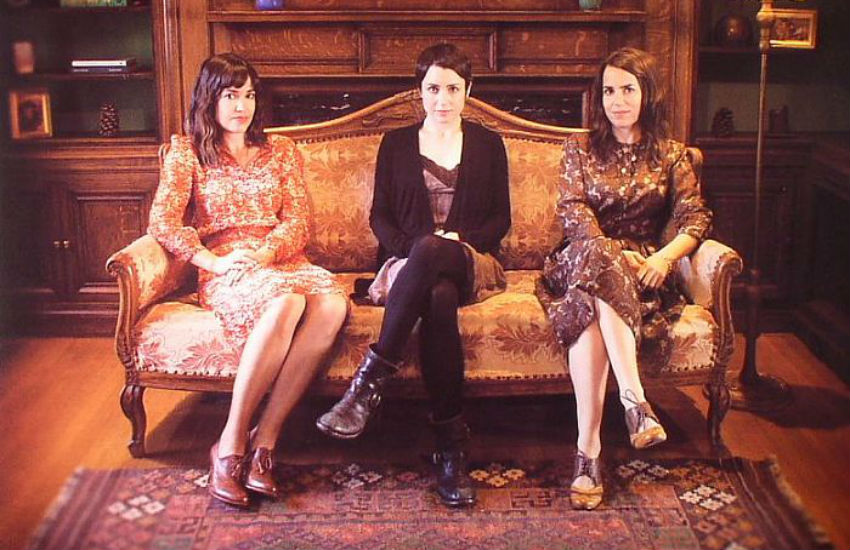 When your father is world-renowned jazz bassist Charlie Haden and your mother descends from two orchestral mandolinists, you don’t really need to search far to find your life’s work. “What was I going to do,” asks Rachel Haden, one third of The Haden Triplets, whose self-titled album debuted on Jack White’s Third Man Records label last year. “Go to school to study and be a lawyer?” Fortunately, Rachel and her sisters Petra and Tanya acknowledged their innate musicality and embarked on careers as musicians. “Since we were kids, we have fantasized about doing our own record,” says Rachel. “We kept hearing of these sister bands, and [thought] God, we want to do this!” The trio finally got their wish, and teamed up with the legendary Ry Cooder to record the aforementioned album of roots Americana songs. The Haden Triplets bring their superb three-part harmonies and melodic instincts to the Echoplex this Thursday, January 29.

Here’s everything you need to know about the L.A. trio.

✷ Before polio damaged his vocal chords as a teenager (his impetus for picking up the double bass), Charlie Haden was a singer in his family’s band, performing bluegrass, country, and folk tunes on the popular Haden Family Band radio show. Petra, Rachel, and Tanya listened to recordings growing up, and performed their own versions of the songs. “That three part harmony automatically flowed,” notes Rachel. “Anything we sang sounded like country.”

✷ Over the past two decades, the triplets have individually provided vocals and instrumentation to an array of prominent rock and pop jazz musicians. Rachel has played with Todd Rundgren, The Rentals, Jimmy Eat World, and Dead Can Dance, Tanya with the Silversun Pickups, Sea Wolf, and the Warlocks, and Petra with Bill Frisell, Sean Lennon, and Rickie Lee Jones, among many others.

✷ “For 15-20 years, [our dad] had been saying ‘we’re going to make a record’ together,” says Tanya. In 2007, the triplets traveled to Nashville along with their father, brother Josh, who is the founding member, vocalist, and bassist in the band Spain, and several other prominent musician friends and did just that. The 2008 album Rambling Boy came out of that session.

✷ Ry Cooder was instrumental in bringing The Haden Triplets’ debut album to life, serving as producer, and at times, mediator to the sisters. “We have rivalries, we argue, we have differences,” says Tanya. “When Ry came on board we said ‘ok, you’re the boss because we can’t work together alone; we’ll kill each other if you leave us in a room.” Fortunately, he didn’t, and all parties survived, record in tow.

✷ The Haden sisters recently discovered a family relic: a cousin in Missouri unearthed the original Haden Family songbook, which contains hundreds of country classics from their grandparents’ radio show. There are no plans for a second album at the moment, but who knows. Maybe The Haden Triplets will revive the old family enterprise in the future.

Find Your Groove at These Themed Dance Nights Around L.A.