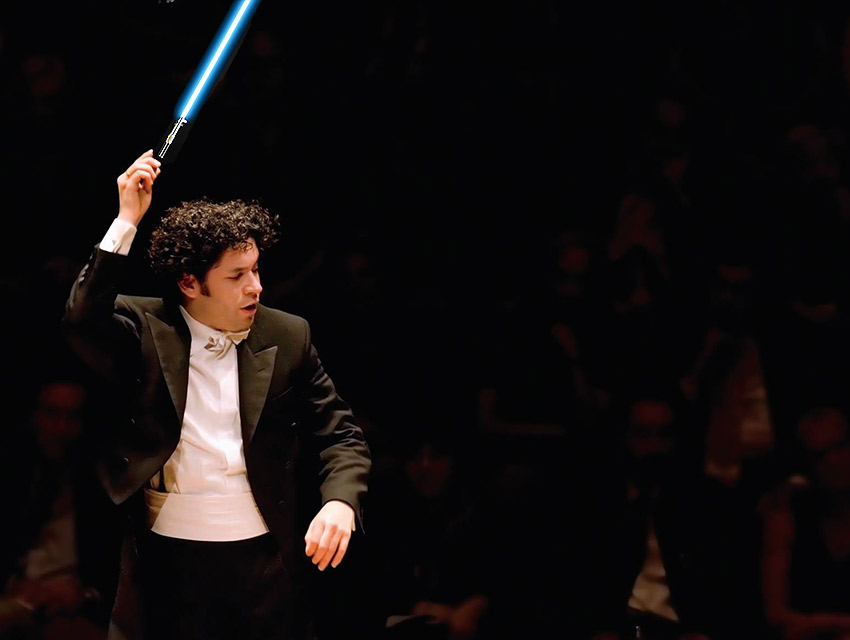 It was a tough call, but we’ve picked our favorite piece of Star Wars-related news: the announcement that Gustavo Dudamel, the musical director of the L.A. Phil, conducted the opening and end titles for The Force Awakens. (Honorable mention goes to Joseph Gordon-Levitt, who showed up to the TCL Chinese Theatre premiere dressed as Yoda.)

According to the LA Times, Dudamel thought composer John Williams was kidding when Williams asked him to participate. All of the musicians involved in the October 12 recording session were asked to keep the news a secret until yesterday. “I remember thinking, ‘He’s joking,’” Dudamel said in a statement. “John has such a wonderful sense of humor, and I somehow thought that there must be a catch. It turns out there was: I couldn’t tell anyone!”

Like the rest of the Star Wars franchise, The Force Awakens features a score composed by Williams. If you weren’t one of the lucky few invited to yesterday’s showing, catch the film in in theaters Friday, December 18.