Home Art Here Are the 11 Best Things to Do in L.A. in January 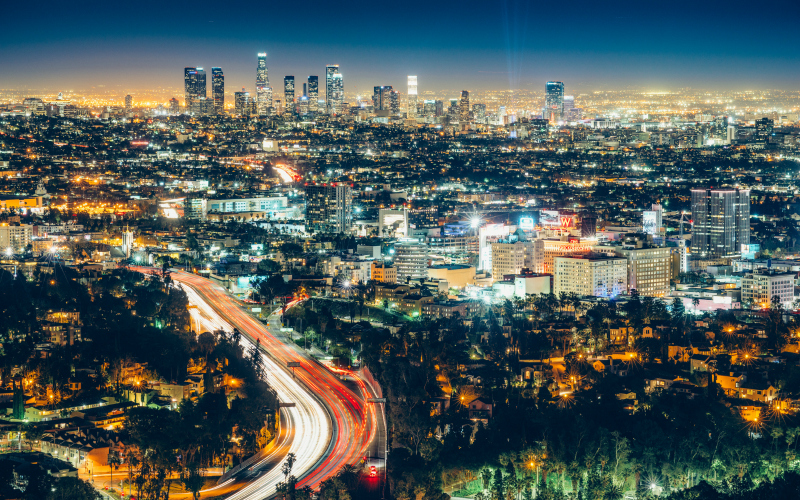 The Getty’s initiative uniting the art of Latin America and L.A. barrels onward with a blitz of live shows. Organized by REDCAT, the 11-day fest serves up everything from an evening of music and costume with performance artist Astrid Hadad at the  Mayan theater to a Spanish-language learning session outside the Westlake/MacArthur Park Metro station.

Last October the Space by Advocartsy gallery opened in the Fashion District as a venue for showcasing contemporary Iranian artists. This month visual artist Pouya Afshar mounts his solo show, a multimedia installation that explores Persian and Shiite Muslim mourning rituals as they play out in the theater.

Musical talent runs in the Kahane family: Singer-songwriter Gabriel is the son of Jeffrey, former music director of the Los Angeles Chamber Orchestra. The former stops at the Theatre at Ace Hotel on behalf of CAP UCLA to perform 8980: Book of Travelers. The series of songs was inspired by a 9,000-mile train trip he took to understand our country better after the 2016 presidential election.

Special exhibitions aren’t gratis, but catch just about everything else on the cheap at more than 30 arts institutions across Southern California. Make a day of it and hit as many as you can, from north (Kidspace, Pasadena Museum of California Art) to south (Orange County Museum of Art, Laguna Art Museum) and tons of places in between (LACMA, the Broad, the Hammer).

One of London’s five symphony orchestras hops the pond for a stop at the Valley Performing Arts Center. Revered maestro Thierry Fischer conducts an evening of Haydn, Debussy, and Stravinsky.

Roosters are so 2017. Mark the start of the Year of the Dog at the Japanese American Cultural & Community Center’s daylong celebration of Japanese New Year. Time-honored rituals, like the shooting of the arrow and breaking the sake barrel, are rounded out with musical performances highlighting the traditional biwa, or lute, and Okinawan dance (above) at the Aratani Theatre.

You needn’t be a LEGO enthusiast to have your mind blown when this building-block wonderland hits the Pasadena Convention Center. Ooh and ah over impressive models before you hit the stalls selling vintage sets or the free-build area. (Pro tip: Don’t forget the Purell.)

This appetizer to dineL.A. (January 12- 26) puts the focus on a single ingredient. The humble pomegranate is the star this year; spend the week sampling creations at restaurants like Mélisse, Tar & Roses, and the Lobster.

Think of it as a Disneyland for motor sports fans. Anaheim’s Angel Stadium hosts some of the best athletes in off -road motorcycling during this World Championship race (the first of 17). There’s a Triple Crown competition this year, too, with the sport’s top 44 riders racing in Anaheim (January 20), Minneapolis, and Atlanta.

L.A. Opera celebrates Leonard Bernstein’s centenary with a staging of his comedic operetta at the Dorothy Chandler Pavilion. Starring Kelsey Grammer and Christine Ebersole, the production follows its endlessly optimistic title character as he navigates a series of unfortunate events.

Since 1990, when then-mayor Sonny Bono launched it, the fest and its opening gala have become a major draw for Oscar hopefuls. This year’s slate is stacked as ever, with screenings of the drama Call Me by Your Name and the Israeli film Foxtrot.