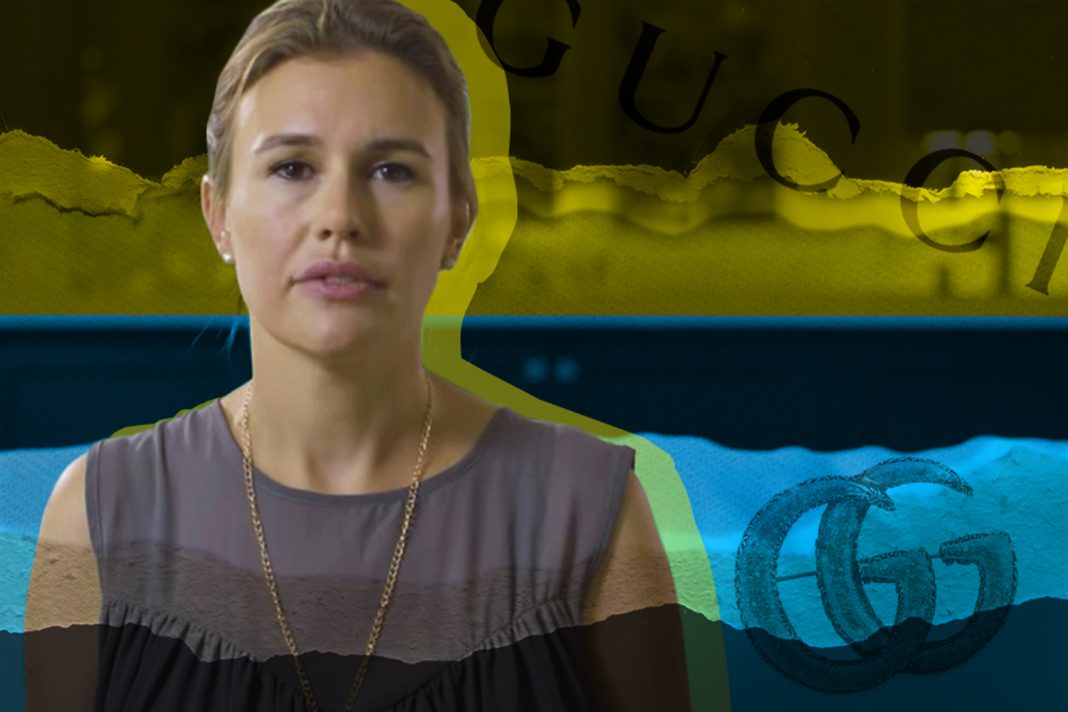 Ever since Aldo Gucci opened his New York store in 1953, the celebrated fashion family has suffered through murder-for-higher schemes, inheritance wars, secret second families, and tax evasion. Now one of Aldo’s granddaughters is suing her former step-father for allegedly sexually abusing her.

The family sold the fashion house to several companies over the years (Kering currently owns a 99 percent stake), but landed back in the news last month when Alexandra Zarini, 35, filed suit in L.A. Superior Court against step-dad Joseph Ruffalo, claiming that while he was married to her mother, Ruffalo sexually assaulted her in their Beverly Hills home starting when she was six and continuing through young adulthood. Zarini also blames her mother, Patricia Gucci, for enabling the assaults, and her grandmother, Bruna Palombo, for ordering her granddaughter to “keep quiet and cover them up.”

In the lawsuit, Zarini says she knew an assault was coming when she heard the ice clinking in Ruffalo’s whiskey as he would “stumble down the hallway” and into her bedroom. She claims the assaults often occurred after her mother hit her, with Ruffalo using the incidents to “rescue,” isolate, and abuse her.

While Patricia Gucci told the New York Times that Zarini disclosed the abuse to her at a doctor’s office in 2007 and that she “immediately initiated divorce proceedings,” she added that she is “devastated by the allegations against me and her grandmother, which are completely false.”

Zarini says the abuse left her dealing with mental health issues, such as obsessively bathing, pulling her hair out, and attempting suicide in high school.

Ruffalo’s lawyer, Richard P. Crane Jr., pounced on those issues: “What [Ruffalo] has been informed of, he vehemently and categorically denies,” Crane recently told the New York Times. “While married to Alexandra’s mother, Mr. Ruffalo and his wife were greatly concerned about the mental well-being of Alexandra and took steps to address her instability. Apparently, their efforts failed.”

“We are not surprised that the defendant’s response is to try to attack Ms. Zarini’s mental health or character,” Zarini’s lawyer, Claire-Lise Kutlay, tells Los Angeles. “We fully believe that she has made this brave decision to undergo the arduous process of filing a lawsuit so she can obtain accountability and justice and raise awareness. She has bravely stepped forward where others have not.”

Zarini filed the suit in time for the launch of her anti-child-abuse nonprofit, the Alexandra Gucci Foundation, and though she expects to be disinherited from the family fortune, she says any money she wins will go to the foundation. The case has been assigned a February 2022, trial date.

Is Tom Ford Selling His Namesake Company to Gucci—Where He Got His Start?