Home Art The Duo Behind the Tonya Harding and Nancy Kerrigan Museum Are Bringing... 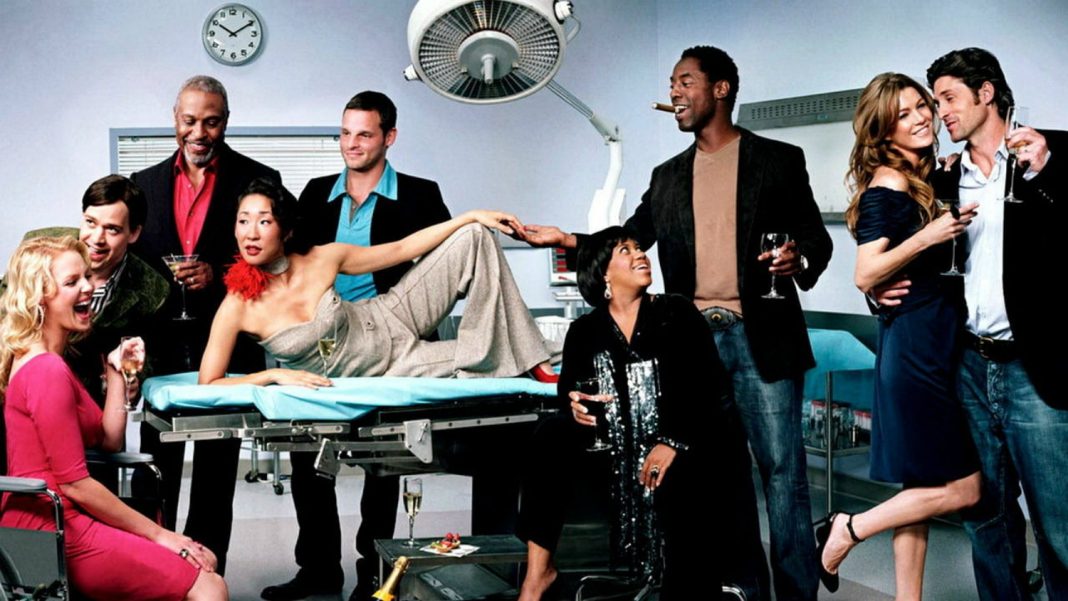 A handful of years ago in Brooklyn, New York, roommates and co-curators Matt Harkins and Viviana Olen bonded over a mutual obsession with The Price of Gold, a documentary about Tonya Harding, Nancy Kerrigan, and the 1994 incident that rocked the Winter Olympics. What resulted was the Tonya Harding Nancy Kerrigan 1994 Museum (aka THNK1994), their first exhibit and home to their subsequent pop-culture pop-ups.

The duo met at Upright Citizens Brigade theater in New York and instantly became inseparable. In 2015, they moved into an “awful apartment in Williamsburg” with no living room and, instead, a 25-foot-long hallway. The apartment’s bizarre layout now feels like a blessing in disguise, since that’s where they began exhibiting their curated art shows. After Tonya and Nancy came Nicole Richie’s 2007 Memorial BBQ, The Olsen Twins Hiding From the Paparazzi, and David’s Dead: A Celebration of Tiffany Pollard, among others.

Now Harkins and Olen have partnered with PopSugar and ABC to curate Anatomy of an Icon: 15 Seasons of Grey’s, featuring original art, installations, and artifacts inspired by some of the most defining moments from the long-running series. (Among the artifacts: McSteamy’s abs. No joke.)

Curating an exhibit showcasing moments from Grey’s Anatomy is no easy feat. With 317 episodes and 15 seasons and counting, there are just…a lot of moments. There’s the time Meredith and McDreamy met at the infamous Joe’s Bar for the first time. Or the many cathartic sequences when the “Dark and Twisty” Sisters—Christina and Meredith—danced it out with a bottle of tequila in hand (before the kids). Then there’s the plane crash and the episode when you-know-who dies. Over the years, Grey’s has served up a lot of drama without jumping the shark altogether.

The Grey’s Anatomy exhibit in L.A. is also the THNK1994 team’s first foray into curating more authorized exhibits with bigger brands and networks. “We’ve always done unauthorized shows where we never know whether the people we’re celebrating are going to see it, show up, appreciate it, or get it, you know? So the fact that Shonda Rhimes signed off on it was all the support we ever needed,” Olen says.

At the Grey’s Anatomy pop-up, fans and stans alike will see original art, installations and interactive moments (here’s where  McSteamy’s abs come in), celebrating just some of the show’s defining moments.

We caught up with Harkins and Olen—via phone and email—ahead of the opening of Anatomy of an Icon (which runs September 21 through 23) to talk about their beginnings, the pivotal Grey’s moments they’ll be showcasing, the artists that created work for the show, and their favorite exhibit they’ve curated so far.

What can we expect from this Grey’s Anatomy pop-up?

Olen: There are so many pivotal moments that did affect the culture, and seeped into our language, the whole McSteamy [obsession], the “you’re my person”—these are all the things that have expanded the show. So how do you find the key ones? But it was really great working with the [Grey’s Anatomy] team, this was our first one having such a big collaborator and so it was great to work with them and finding those key moments together.

But we think when you come, you’re going to see things you remember, you’re going to re-experience it and experience it in a whole new way, and it’s going to be really, really fun. And we have a four-foot painting of McSteamy emerging from the shower and an interactive element where his abs will feel within reach. We’ll also be there the entire time it’s open and we can show you around and answer any questions people may have.

Did you watch all 317 episodes of Grey’s Anatomy for inspiration?

Harkins and Olen (via email): Yes, it is a fabulous binge. It holds up better than any other show and the cliffhangers are next level. If you want to nail any pitch meeting or audition we recommend just explaining the plot of an episode in one minute. Nobody will care if it wasn’t the assignment they’ll just be thrilled by the journey you took them on.

What artists are you working with for this exhibit?

Harkins: We’re working with Laura Collins (who’s done art for THNK1994 in the past for Olsen Twins Hiding from the Paparazzi), Derek Covington Smith, and Miriam Carothers. We wanted to have three different artists with three distinct styles to be able to cover different topics of the show. For example, Laura has a very sort of classical impressionistic style, a lot of her paintings are going to showcase the relationships, the romance, the friendships. Derek works very large and [creates] these iconic pieces, so he’s the one who completed the McSteamy piece. We have a couple others, and they’re going to be showstoppers. And Miriam is this highly detailed illustrator who can communicate so much passion with each image that she chooses, so she’s focused more on the major plot points of the show that you remember—the plane crash, for example.

Your work is very tongue-in-cheek and comical, but it could also open up bigger conversations about pop culture and the way people react to those very specific moments you choose to showcase. Would you consider yourselves culture critics of some sort with these exhibits?

Olen: I don’t think we critique culture so much as we create a space for people to appreciate it in a new light. We’re culture appreciators. We don’t want to hit anyone over the head with anything. There’s a misconception that you’re either a blind superfan or you’re someone who “gets it” on a more intellectual level, and those things aren’t mutually exclusive. You can be a hardcore Housewives fan and talk about it like it’s sports and appreciate it at face value and still have a conversation about how they’re the greatest performance artists of our time—whatever you feel. With The Olsen Twins Hiding From the Paparazzi exhibit, there’s a larger conversation about voyeurism and celebrity and we don’t think it’s our place to write an essay on what that means, but you can’t walk down a hallway with painting after painting of women aggressively hiding their face from you without feeling something.

What has been your favorite exhibit to curate?

Harkins and Olen (via email): The upcoming Grey’s Anatomy show has been our favorite to curate because the space is huge which gives the artists the chance to make big pieces. There is a painting of George O’Malley, Dr. Bailey, and Dr. Addison Montgomery that rivals the Sistine Chapel. Before this exhibit, we are still in awe of the moment Tiffany Pollard arrived at our exhibit honoring her and made one of the top five entrances in history.

RELATED: Menu Highlights From the Saved by the Bell Pop-Up Diner