Home Awards Watch From Lizzo to Lana Del Rey, How Do the Song of the... 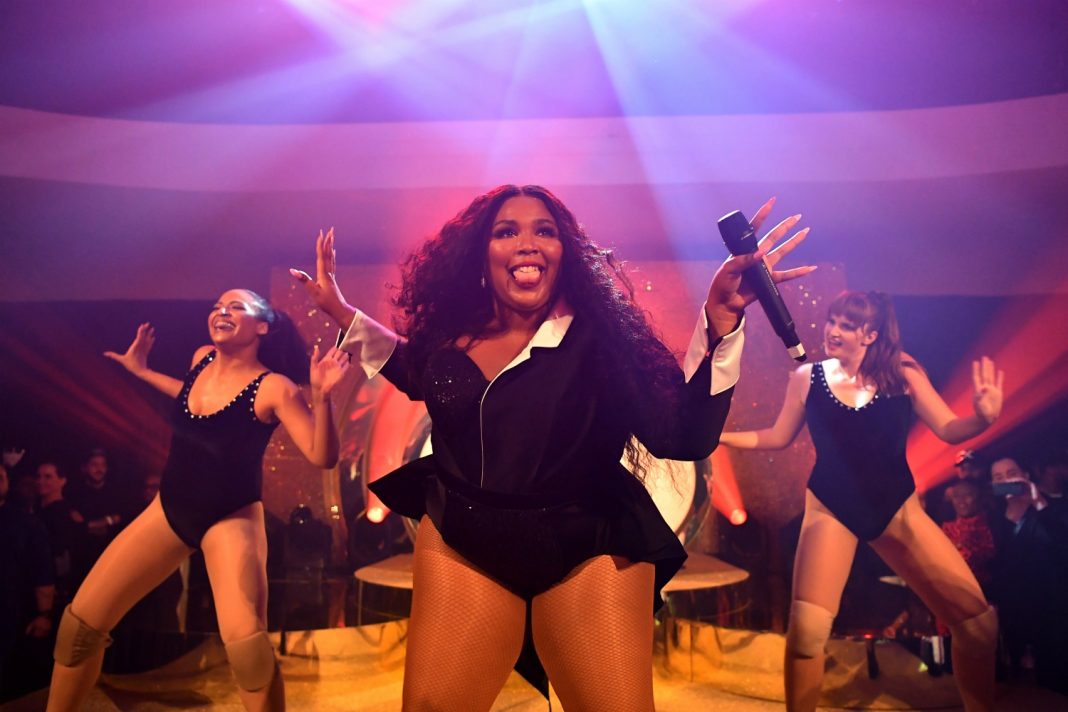 With backstage drama threatening to drown out the music at the 62nd Annual Grammy Awards on January 26, Nate Sloan and Charlie Harding, the musicologist and songwriter hosts of the acclaimed Switched on Pop podcast, size up the finalists in the Song of the Year category and assess each composition’s claim on Grammy greatness.

Eilish proves that you don’t need to sound like a diva in order to be a pop star. Each time she sings the title line “I’m the b-a-a-a-a-d guy” her whispery vocals mutate into a demonic garble, followed by a jocular “duh.” In just four words and one utterance she both mocks toxic masculinity and asserts herself as a new kind of star for Generation Z.

The centerpiece of Swift’s latest album of the same name, “Lover” offers the singer a platform to highlight her talent as a songwriter. The song’s sparse, acoustic instrumentation forces listeners to focus on Swift’s lyrics, packed with clever turns of phrase and dexterous internal rhymes (“there’s a dazzling haze, a mysterious way about you, dear”). “Lover”‘s 6/8 time signature gives the track a winsome, lilting feel, as it builds to a point of musical and lyrical climax at the end of the chorus that affirms the song’s avowal of affection: “you’re my, my, my, my, lover.” This strategic deployment of the song’s title keeps listeners glued to every chord Swift plays and every word she sings.

“Always Remember Us This Way” is, first and foremost, a showcase for Gaga’s voice. Like many of the Grammy nominees for Song of the Year, the track features bare instrumental textures that afford Gaga ample room to show off her vocal technique. The lyrics are simple and direct, striving for a timeless and classic feel that mirrors the archetypal tale of the film from which the song stems, A Star is Born.

Sometimes the simplest songs pack the hardest punch. In this piano ballad cowritten by Brandi Carlisle, country veteran Tucker meditates on life’s swift passage: “Days are long but the years are lightning.” Decades of singing have rendered her voice into a rough and honest tone. The unadorned piano harmonies drawl on like a funeral processions, matching her yearning lyrics. On the final chord cycle, the song ends unresolved, Tucker’s voice lingering on without any accompaniment.

In our conversation with super-producer Oak Felder he described H.E.R.’s “Hard Place” as the next evolution of R&B. The song strips away unnecessary instrumental flourishes of the last decade. The intimacy of H.E.R.’s vocals are instead complemented by a straightforward beat, simple acoustic guitar, and a hopeful chorus: all work together to convey H.E.R.’s struggle through cyclical heartbreaks.

Lizzo’s message of self-love shines through on “Truth Hurts.” Her singing lyrics about Instagram DMs and salon pampering move fluidly between rapping and singing as she asserts her independence: “I put the sing in single.” Though hi-hats and 808s power this contemporary beat, Lizzo summons iconic women of the past in her music too; elsewhere on her debut album Aretha is present and on “Truth Hurts” reggae pioneer Sister Nancy gets a nod when Lizzo interpolates her much-quoted song “Bam Bam” into a joyous “Bam bam bi dam da dam dam day.”

“Someone You Loved” — Lewis Capaldi

Lewis Capaldi’s heartbreaking ballad has dominated the Top 40, indicating that Americans are still suckers for a piano-driven ballad delivered by a blue-eyed British soul singer. Adele’s influence looms large here, particularly her own melancholy hit “Someone Like You.” Capaldi’s powerful voice occupies center stage, and his performance leaves everything on the floor. As in “Lover,” the key moment of the song comes at the end of the chorus, when Capaldi sings the title phrase, with an important qualifier: “I was getting kinda used to being someone you loved.” The “kinda” makes the sentiment even more devastating, as if Capaldi is trying to cover up his true emotions by downplaying the severity of his post-breakup blues.

Del Rey records so close to the microphone in “Norman Fucking Rockwell” that it sounds as if she’s whispering into your ear. It creates an intimacy that is as intriguing as it is disarming. As in many of her songs, the lyrics to “Norman Fucking Rockwell” have a specificity and detail that creates whole worlds for the listener to imagine. There’s a searing, ironic distance in her track about trying to love a poseur poet, but also a painful honesty and self-awareness that lends the song emotional weight.

Was the 2022 Met Ball Fashion A Circus or Serious?