Home Arts & Events The Grammys Are Postponed, but You Can Listen to These Nominees in... 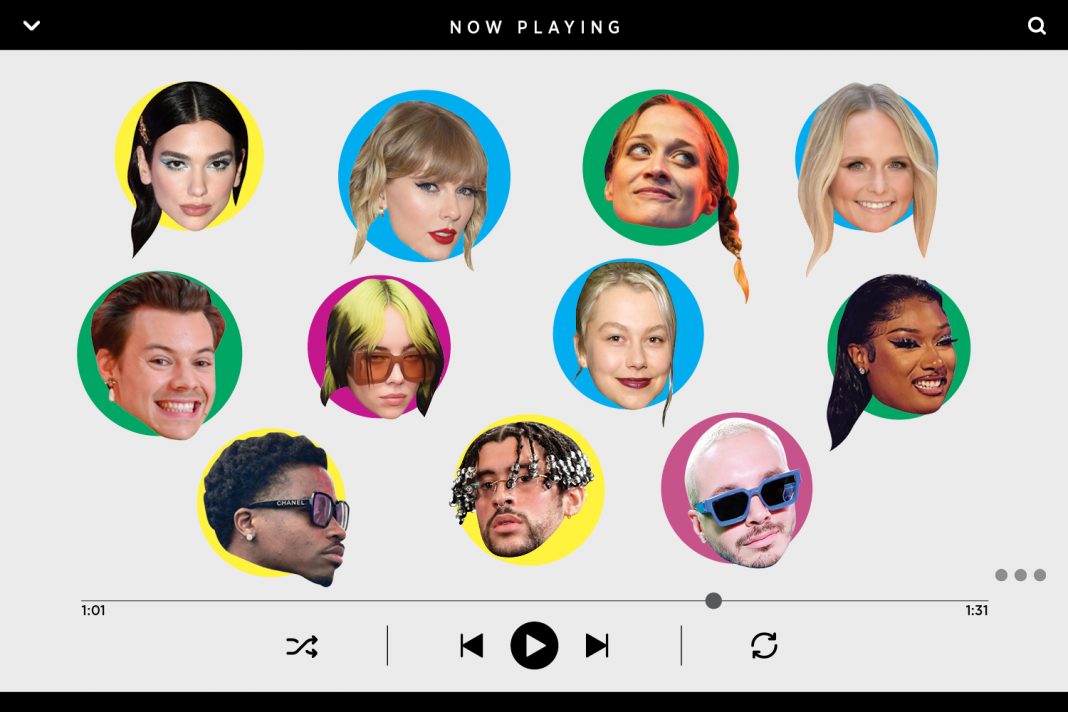 The 63rd annual Grammy Awards were set to broadcast on January 31, but, unsurprisingly, the pandemic put a dent in those plans. While organizers decide when (and how) to it’s safe to host an awards show in L.A., you can spend some time preparing with our playlist featuring some of the most notable acts nominated and their need-to-know songs.

One of the few things that made the early quarantine bearable was the Brit’s sizzling retro disco album, Future Nostalgia, and for that reason alone she deserves all six of her nominations. Being bored has rarely been so fun.

She surprised us by going indie with the mellow folk album that contained this tender, glistening gem, which has to rank as her best song in years. The result? Another six Grammy nominations. Hating on T-Swift is so 2017.

Billie Eilish, “Everything I Wanted”

After her history-making clean sweep of the four major categories last year, Highland Park’s finest is back with four more nominations, three of which are for this delicate tribute to her brother (and songwriting partner), Finneas.

The Pasadena-raised singer-songwriter scored instant critical acclaim with her emotionally tumultuous second album, Punisher, but, still, seeing her modern spin on alt-folk receive four Grammy nods (including Best New Artist) was one of this year’s nicest shocks. SoCal just might have a new breakout star.

Apple spoke her truth loud and almost uncomfortably clear on her gut-wrenching Fetch the Bolt Cutters album, and it has paid off with this standout track earning two nominations. The whole record is in the running for Best Alternative Music Album.

Compton is once again the center of the hip-hop world, thanks mainly to Roddy Ricch, whose No. 1 single was the hyped-up hip-hop anthem of 2020. Between that and his DaBaby collaboration, “Rockstar,” Ricch has chalked up six Grammy nominations this time around.

The Texan was a shoo-in for a Best Country Album nod, thanks to her impeccable seventh collection, Wildcard, and the breezy uplift of this track rightly scored two nods on its own. Another large step in Lambert’s journey to national-treasure status.

The only thing that could have made the original version of “Savage” better would have been a Beyoncé feature, and that’s exactly what Houston’s breakout rapper gave us. Three Grammy nominations (plus one for Megan as Best New Artist) was the least this track deserved.

The Grammys are a little light on Latin music representation this year, but they did find room to give this solid-gold sad banger a nod in the Best Pop Duo/Group Performance category.

RELATED: The 2021 Grammys, Set to Take Place in L.A., Are Being Bumped to a Later Date