Home Entertainment Industry ‘Drag Is Literally for Everyone’: How Göttmik Is Making ‘Drag Race’ History 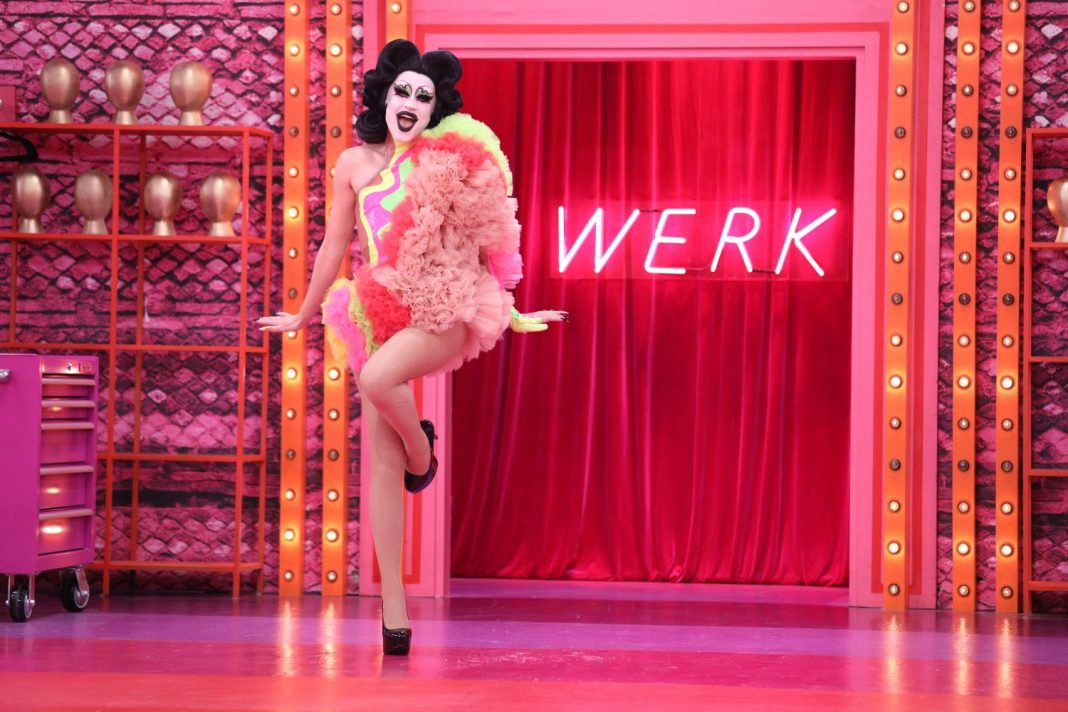 After years of beating the mugs of RuPaul’s Drag Race alumni including Shangela, Courtney Act, and Gia Gunn, Los Angeles’ Göttmik is ready for his close up. On January 1, the makeup artist and drag queen made history as Drag Race’s first transgender male contestant. And just as RuPaul normalized drag culture for mainstream audiences, Göttmik aspires to do the same with trans drag artists.

“Now that people are taking the time to learn the history of drag, and where it came from, they realize it’s way more than a man in a dress,” says Göttmik (née Kade Göttlieb) during a socially distant phone interview, his voice inflected with a slight Valley Girl cadence, honed during his six years living in L.A. “It’s a whole art form pioneered by trans women and trans people, and there are every type of gender under the rainbow playing with drag now.”

While he’s the first trans man to compete on the long-running reality series, he joins a proud legacy of trans Drag Race contestants, including Sonique, its first, and Peppermint, the first to compete as openly transgender. For Göttmik, his inclusion is the next evolutionary step for the show.

“Its so important for Drag Race to include trans masculine people because in the past there have been amazing trans women who have paved the way and gotten RPDR to the inclusive level that they are at now,” he says. “I’m able to come in and show the world, thanks to RuPaul, that drag is literally for everyone.”

Although RuPaul has repeatedly given a platform for trans drag queens, her public opinions on their place in drag culture have been controversial. When asked about drag performers transitioning from male to female during a 2018 interview with The Guardian, the drag maven opined, “You can identify as a woman and say you’re transitioning, but it changes once you start changing your body. It takes on a different thing; it changes the whole concept of what we’re doing.”

RuPaul eventually walked back the comment after a backlash from irate fans and fellow drag queens, including Angeleno and drag queen Willam Belli. “We work with trans women every night side by side,” Belli posted to Instagram shortly after RuPaul’s comment, “and for them to be denied the opportunities because of someone’s narrow-minded view on what they call ‘drag’ is fucked.” (Incidentally, Belli was embroiled in a similar controversy a year earlier after saying on her web series Suck Less, “Just because someone says they’re a boy doesn’t make them a boy.”)

Despite instances of ambivalence towards trans people, even within the drag community, Göttmik has struggled less with the opinions of others, and more with his inner doubts.

“I have been blessed by having the most amazing supporters, so if I see anything negative its very rare,” he says. “I’m the queen of ignoring the hate. For my personal journey, being trans masculine, my biggest thing was with myself. Playing a woman in drag was a weird thing for a while. I kinda had to know my boundaries really well, and know what triggered me in a way: looking too feminine or too girly. But I found this alien weird creature in Göttmik that I related to and loved.”

While many queens aim for an idealized feminine beauty, Göttmik utilizes his talents as a makeup artist to create otherworldly drag personas, ranging from neon Kabuki visages to what can best be described as cadaver couture. He credits his eccentric aesthetic to his tenure in Los Angeles.

“Los Angeles has literally created such a crazy part of my personality,” he says. “I moved here when I was 18, and it took over. Being a drag queen in L.A., I brought that personality into everything I do with my art.”

As with his fellow local queens during quarantine, the city’s shuttering of non-essential businesses such as gay bars has forced him to adapt.

“During quarantine, it was really weird. At first I was scared. Like, ‘Oh my god! What’s a drag queen going to do?’ Trying to figure out that path. But, it has taught me there is no excuse to not be creating content at all times. It’s helped me find a weird sense of self motivation. To wake up, get in drag and shoot a weird video, or shoot some lewk and go online. It’s a really amazing way to connect to with younger fans and people who wouldn’t normally go to a drag club. I’ve learned a lot.”

Whether he’s learned enough to become Drag Race’s first trans male winner will be determined in the coming months.

RELATED: RuPaul’s Drag Race Winner Bianca Del Rio Has Some Advice for You

The Kawaller Report: Real Talk with the Queens of “RuPaul’s Drag Race”