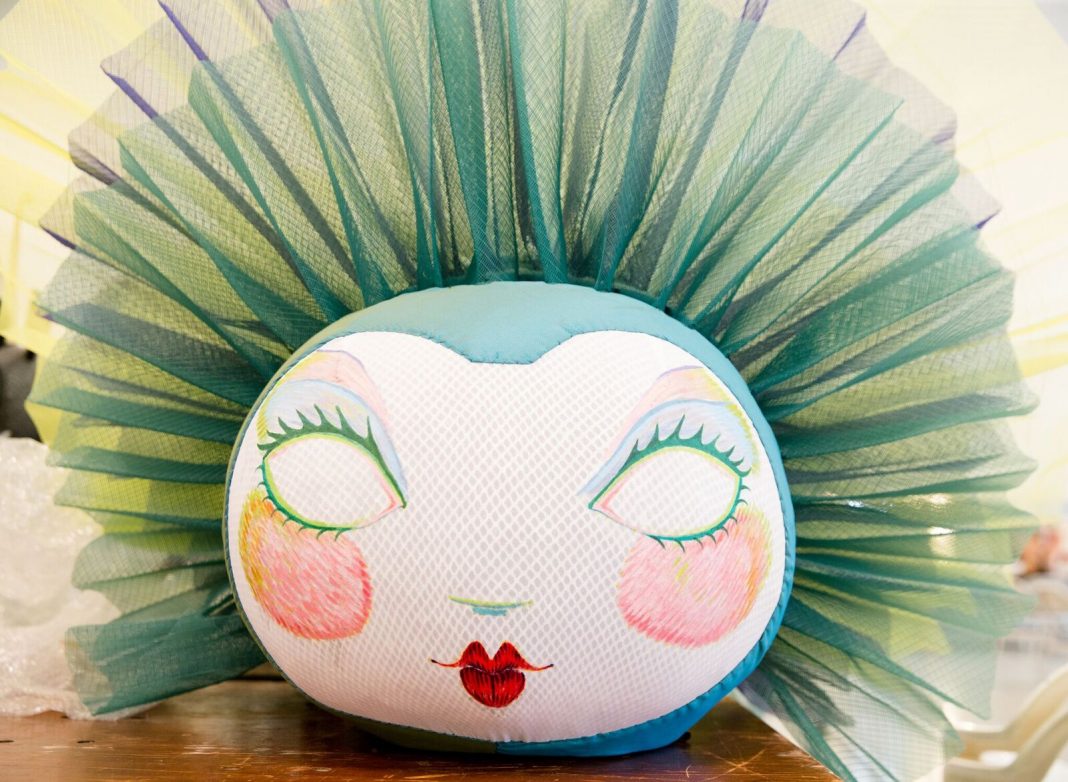 The holidays aren’t the holidays without a Nutcracker ballet production, and the experience promises to be even sweeter this time around. George Balanchine’s The Nutcracker, opening Thursday night at the Music Center and continuing through Sunday, features original costumes by superstar fashion designer Isabel Toledo and set designs by her artist-husband, Ruben Toledo. “It all began for us with a simple friendly phone call from Lourdes Lopez, the artistic director of Miami City Ballet,” said Isabel Toledo, who designed Michelle Obama’s day dress and coat for President Barack Obama’s inauguration in 2009. “Before we knew too much, we had said yes to the project out of pure enthusiasm.”

The collaboration involving the Toledos, Miami City Ballet, and the Music Center is based on Balanchine’s 1954 ballet, with all the usual characters audiences adore: Mother Ginger, the Sugarplum Fairy, toy soldiers, and a little girl named Marie who travels to the Land of Sweets. A trio of local talent includes student dancers from the Colburn School and the Gabriella Foundation’s “everybody dance!” program in addition to the Los Angeles Children’s Chorus.

The Toledos, who are Cuban American and live and work in New York City, talked with us about their art and mixing the classic with couture. “I believe there are about 200 costumes,” said Isabel Toledo a few days before opening night. “All are one of a kind and custom made for each dancer. We have been so busy sewing and cutting that we have not had a second to count, but we will when it’s all final!”

When you began conceptualizing the costume and set design, what kind of look did you envision?

Isabel Toledo: I wanted to help weave as much emotion into the costumes as possible. Clothing and fashion speak so silently yet clearly; fashion is what time looks like. I wanted to paint with textiles the final composition that will dance and move onstage.

Ruben Toledo: I wanted to conjure up the mystical and magical aesthetic of the childhood imagination. The sets are all just a bit out of proportion, the chairs and doors just a bit taller, the rooms longer. When we remember things when we were kids, everything seems bigger and taller. When we revisit our childhood homes, everything suddenly shrinks. This “Alice in Wonderland” sense of dislocation is a magical transformation that takes place in our imaginations. I wanted the sets to be the landscape of the imagination—very familiar yet full of transformations. Marie is at the age when you are just about to leave childhood but not yet ready to be a young adult; this is the tone of the sets.

How are your designs a departure from what audiences have seen before in traditional Nutcracker performances, and how are they similar to the original Balanchine staging?

RT: I think we very much wanted to respect the setting and magical feel of the original production, its feeling of warmth and wonder. I am a history fiend and love the era and times of E.T.A. Hoffmann, who wrote the story the ballet is based on. I wanted to solidify the magical, mystical elements of the story, the otherworldliness of that era that later inspired Edgar Allan Poe and many other artists. The story line and choreography of Balanchine’s Nutcracker are set and solid, but I enjoyed playing with—and distorting—the visual elements.

Can you give us a sneak peek into how the two of you worked together?

IT: We worked like playing a game of tennis. We went back and forth with ideas. One shape of a dress would trigger the design of a chair, which in turn would inspire a velvet cape, which would then suggest the color for the sky of Candyland. Each design element is related to the rest in some small way or detail. This is the way to slowly arrive at a giant harmonious whole.

Which historical period are you evoking here?

IT: The story was written at the start of the 19th century, and the ballet was first conceived at the end of the 19th century. This era was the inspiration. It is set at the very beginning of the Industrial Revolution, the period when the handmade was existing next to the newly machine-made laces and textiles. New fabric dyes were being invented that inspired many new poetic names for colors that never existed before—such a feast for the eyes.

RT: It was a time when many new inventions and scientific breakthroughs were being enjoyed as parlor games, as fun tricks and party games for after-dinner enjoyment. This was an exciting new time for society; people dressed up and decorated their houses like never before due to the new prosperity of the just-born Industrial Age.

Can you recall the first time you saw a production of The Nutcracker? Ever take ballet lessons yourselves?

RT: We were lucky to experience Balanchine’s Nutcracker 30 years ago at Lincoln Center with the original sets and costumes—a visual delight one never forgets, along with the epic orchestration. Simply superb.

IT: No ballet lessons, but plenty of good-old Cuban dancing and disco hustle (which is very complex and elegant), salsa dancing, and just about every dance form from 1979 to the present, except ballet.

Lastly, we have to ask: Which was more of a challenge—designing the costumes for this massive production or designing that famous lemongrass outfit for Michelle Obama?

IT: Both were very different challenges, but both were approached with more joy than nerve. The Nutcracker ballet is like a giant poetic puzzle, each piece affecting the next. Just when you think you’ve solved one design problem, you have to reconsider the entire composition when seen as a whole. Dressing Michelle Obama was a very organic process. I wanted to dress the time, the emotion, and the significance of that historic moment. It helped greatly that Michelle was already familiar with my design language and felt comfortable with my aesthetic.