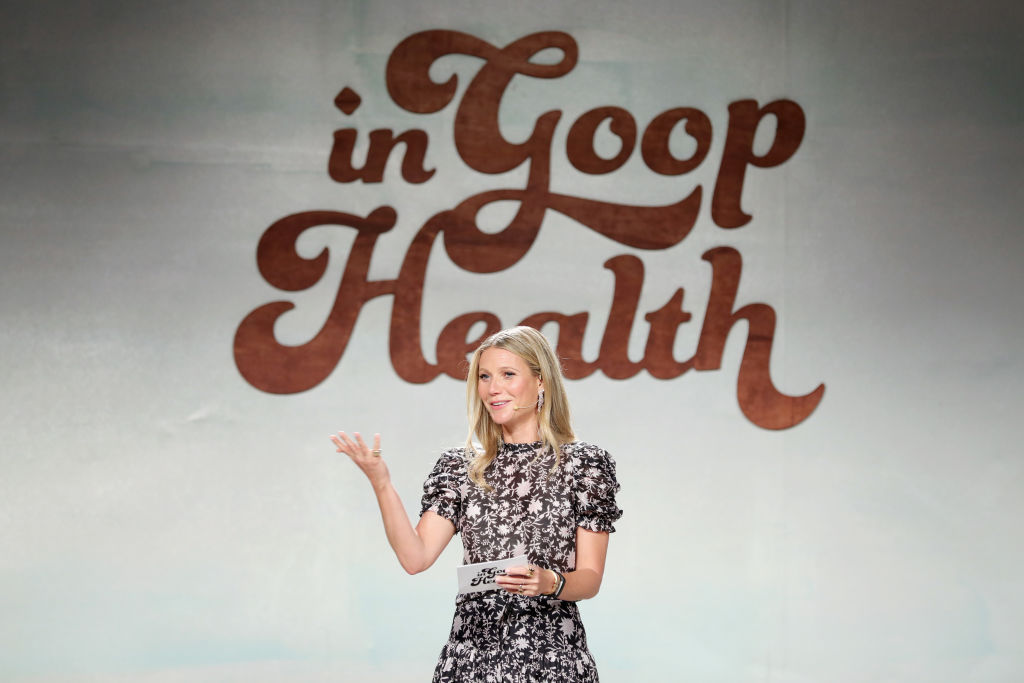 Netflix is turning yet another pop culture brand into a docuseries, giving lifestyle website Goop–and its mix of style, wellness, and capitalist zen–a new platform to dominate. Obviously, we’ll be watching, the only question we have now is if it’ll be more Marie Kondo or Fyre.

According to Variety, which broke the news Monday morning, the show will be a series of half-hour episodes, hosted by Gwyneth Paltrow herself, along with Goop’s chief content officer Elise Loehnen. In addition to the hosts, there will be a variety of experts. (Experts are big with Goop, where many of the crazier bits of advise are attributed to various doctors and practitioners, rather than the responsibility of the publication itself.)

The new format gives Goop access to a new audience–and a bigger budget for telling stories.

“We were speaking to the platform question, and where our people are. They’re watching Netflix,” Loehnen told Variety. “Some of the more strategic, bigger stories we want to tell require a TV budget. Obviously, there’s no better partner in that.”

Goop’s in-house editorial staff will be extensively involved in the production, and Paltrow will play a major role in defining the aesthetic of the show as well the content.

“Gwyneth is a highly visual, tactile person. The quality of everything that we produce is very important to her,” Loehnen said. “With this show, I think she’s only really interested in opportunities where we can uniquely be ourselves and do things potentially disruptive.”

The deal just one way the G.P. brand is expanding. The publication launched a podcast in late 2018 which became one of iTunes’ most-downloaded podcasts of the year, and just inked a deal to distribute exclusive content direct to captive audiences on Delta Airlines flights.

The Goop Netflix show is set to debut fall 2019, ready for you to binge–or consume in more slow, moderate portions, as Goop would probably advise.