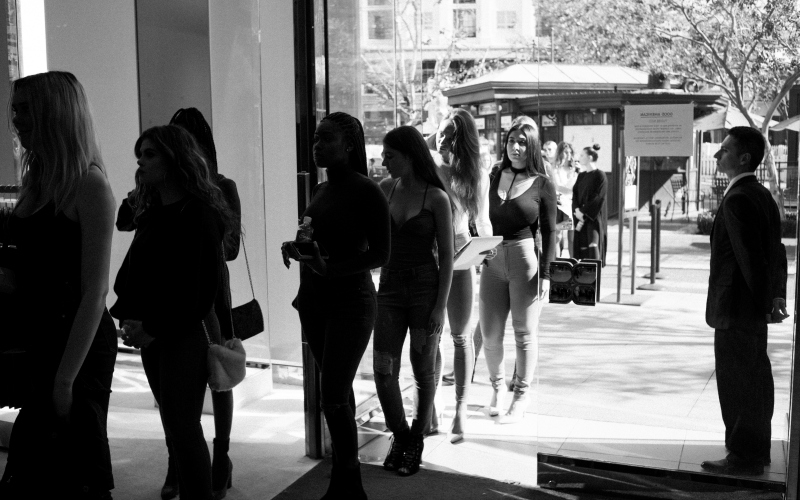 Good American launched in 2016 with a mission: produce a line of jeans and streetwear garments that are designed and manufactured entirely in downtown L.A., with every piece cut to 14 different sizes, each based on its own fit model. And, if that sounds like a really ambitious plan for a start-up, it’s probably useful information that one of the company’s co-founders happens to be Khloe Kardashian.

Kardashian’s famous face has been prominent in many of the company’s ad campaigns so far, along with a diverse group of influencers and models the company calls the “Good Squad.” But, as they look to release a new product line for summer, they decided to throw open the flood gates and ask regular women to apply for the chance to play model for a day. An online application went up and over 20,000 people threw their hats—or, at least, tastefully distressed designer jeans—into the ring.

The response was so overwhelming that Good American co-founder Emma Grede set up in-person call-back sessions in New York, Dallas, and ultimately L.A. to meet with hundreds of candidates. The final session was held at the brand’s pop-up shop at the Americana in Glendale. Nearly 200 women came through for test shots, meet-and-greets with existing Good Squad members, and something that is actually pretty rare in fashion model casting: a conversation.

“It’s not just about picking cute girls, we want strong women with a positive outlook and attitude,” Grede said of the process. “We are interested in what they do, what their dreams and ambitions are, their spirit, their energy, and what they stand for.”

While Grede and her team are still confirming the final casting, keep an eye out for the campaign later this year—you might just recognize someone from real life.

RELATED: The Women of Grey Gardens Were the Kardashians of Their Time