Home TV The Perfect Oscar Hosts May Have Reared Their Heads at the Golden... 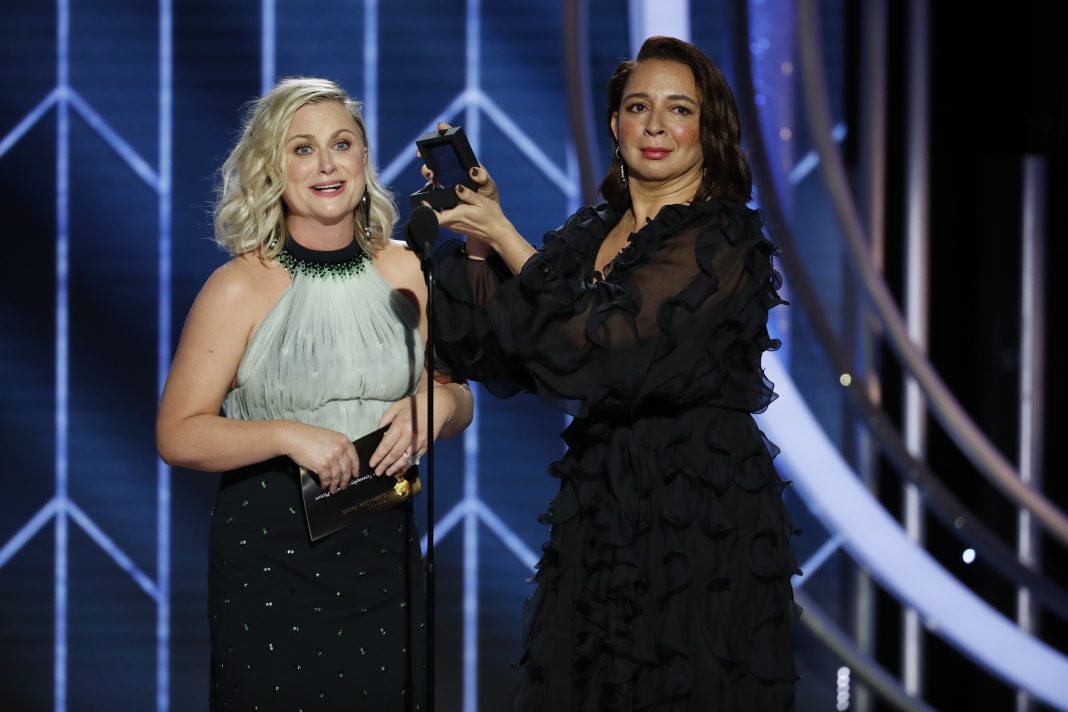 In 1995, sitcom stars John Larroquette and Janine Turner made history (that hardly anyone remembers) as the very first people ever to host the Golden Globe awards. For 52 previous years and for the subsequent 15—until Ricky Gervais hosted in 2010—there was no master of ceremonies, and no one seemed disturbed by it.

Since last December, when Kevin Hart stepped down as host of the 2019 Oscars rather than apologize for decade-old homophobic tweets, there’s been chatter about the possibility of a hostless Academy Awards. But the consensus has long been that the ceremony needs a host or hosts, a person or people to lend organization and (if all goes well) humor and heft to the proceedings. The last time the Oscars didn’t have a host, it was a hilarious (in hindsight) disaster that led Hollywood’s conscience, Gregory Peck, to threaten to forfeit the awards he’d won prior to that night. That was in 1989, and the Academy is still shellshocked.

Everyone seems to agree that Andy Samberg and Sandra Oh did a perfectly serviceable job at last night’s Golden Globes, but the show was stolen by Maya Rudolph and Amy Poehler. In a sendup to a proposal at last year’s Emmys, Rudolph proposed to Poehler and everyone was extremely charmed—although Vulture thinks they should have taken it another step and made out.

Pretty immediately, Twitter began calling for the duo to host this year’s Oscars. Poehler has three years of experience successfully hosting the Globes alongside Tina Fey. And Rudolph has somewhat less memorable hosting gig under her belt, the short-lived variety series Maya & Marty.

Maybe the Oscars don’t need a host—but these two should be shortlisted.

RELATED: Who Should Really Win at the 2018 Oscars