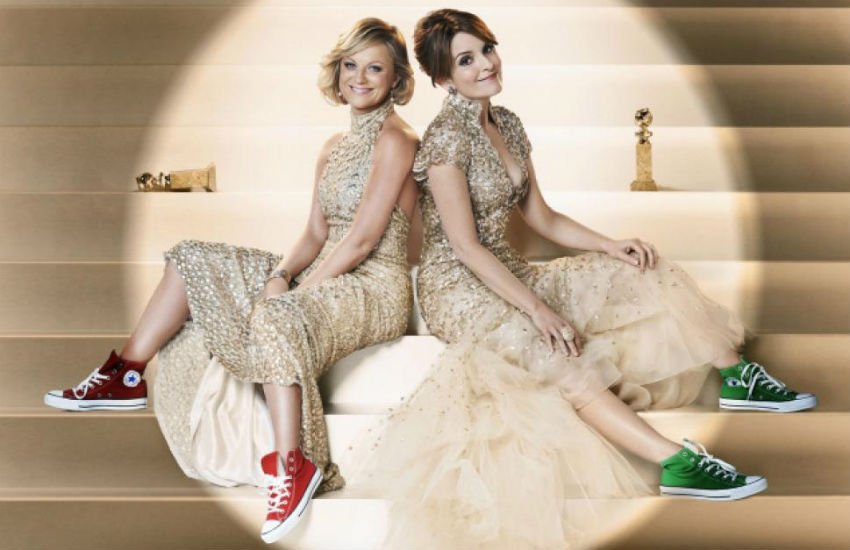 Making conversation with friends of friends, neighbors stopping by, or people from work who you don’t really know but in the spirit of inclusion invited to your Golden Globes viewing party anyway is an art not easily mastered. We’ve dug deep for a set of chat-igniters that are sure to bust awkward silences and keep you golden.

Ava DuVernay is the first black woman to be nominated in the Best Director category. Her film Selma, an intimate portrait of Martin Luther King Jr. and the Civil Rights Movement, is also nominated in Best Drama.

Director Richard Linklater, whose Boyhood is nominated in five categories, has never before been nominated for a Golden Globe.

Julianne Moore is nominated in the Best Actress in a Musical or Comedy category for her performance in David Cronenberg’s Map to the Stars. Cronenberg has directed more than 40 movies in his five-decade-long career, but Map to the Stars is the first time he shot a film (partially) in the US.

Including this year’s nomination for her part in Into the Woods, Meryl Streep has been nominated for a Golden Globe award 29 times. Eight of those were wins.

Austrian actor Christoph Waltz, nominated in the Best Actor in a Musical or Comedy category for Big Eyes, has won the Golden Globe for Best Supporting Actor twice before, both times for characters he portrayed in Quentin Tarantino films (Inglorious Basterds in 2009 and Django Unchained in 2012).

HBO’s Game of Thrones, nominated for Best TV Drama, has won more than a dozen Primetime Emmy Awards, but only one Golden Globe last year, when Peter Dinklage won for Best Supporting Actor in a Series.

For the fourth year in a row, BBC’s Downton Abbey is nominated for Best TV Drama. The last season ended with the tragic death of the Crawley family’s beloved lab, Isis. Isis and her predecessor, Pharaoh, both reference the exotic past of Highclere Castle where the show is set. Highclere is still owned by the Earl of Carnarvon, whose great-grandfather, the fifth Earl of Carnarvon, George Herbert, along with archaeologist Howard Carter, discovered the tomb of Tutankhamun in 1922.

Benedict Cumberbatch, who is nominated in the Best Actor category for his performance in The Imitation Game, may actually be related to Alan Turing, the WWII code breaker Cumberbatch portrays in the film. According to genealogists the two are 17th cousins and both are related to Earl of Somerset John Beaufort, who lived in 14th century England.

Michael Keaton, nominated for his role in Birdman in the Best Actor in a Musical or Comedy category, famously played the titular dark knight in the ’90s Batman franchise, but his Birdman co-stars are no strangers to masked avenging. In 2008, Edward Norton played Dr. Bruce Banner in The Incredible Hulk and Emma Stone recently began her tenure as Gwen Stacey in The Amazing Spider-Man.

House of Cards is once again nominated for Best TV Drama—Kevin Spacey and Robin Wright are also nominated in the Best Actor/Actress categories. There has been much speculation as to whether or not the show’s diabolical protagonist is based on a real life political figure (everyone from Ted Cruz to Lyndon B. Johnson has been floated). Coincidentally, the first-ever Democratic whip—Frank Underwood’s first position in congress in the beginning of the series—elected in 1900, was a man named Oscar Wilder Underwood.