Home Uncategorized Giving Tuesday: This Year, Philanthropy is All the Rage 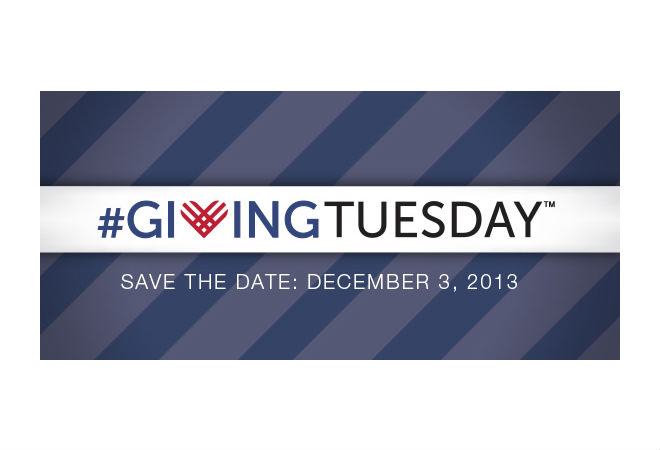 Sometimes it’s hard to find your holiday spirit when you’re clutching a discounted blender in one hand and fighting off rabid Black Friday shoppers with the other, or getting into a Cyber Monday clickwar over cheap sneakers. There is a remedy for this peculiarly American affliction: Giving Tuesday. It’s a new concept intended to remind us what the holiday season is actually about: giving and feeling good about it.

The idea is simple. On December 3, log on to the website of your favorite cultural institution in Los Angeles and make a donation. “The message is simple: support the arts and culture on Giving Tuesday,” says James Cuno, President and CEO of the Getty, which spearheads the Giving Tuesday campaign in Southern California. “The gifts made on Giving Tuesday will last longer and have a greater impact than this year’s must-have gadget.”

The Giving Tuesday concept was developed last year by New York’s 92nd Street Y in partnership with the United Nations Foundation, and is supported by The White House, Bill Gates, the Clinton Foundation, and the mayors of Chicago, Philadelphia, and New York. This year L.A. cultural institutions are jumping on the bandwagon.

Local participants include the Getty, Los Angeles County Museum of Art, the Hammer Museum, the Museum of Contemporary Art, Los Angeles, the Natural History Museum and many other SoCal museums.

“At its core, Giving Tuesday is about community and generosity,” says Henry Timms, Interim Executive Director of 92nd Street Y in New York. “It’s fantastic to see the Southern California arts community coming together to celebrate the profound impact of culture this holiday season.” Be sure to show your local purveyors of culture some holiday love in the form of a donation on December 3 and show New York how generosity is done, L.A. style.