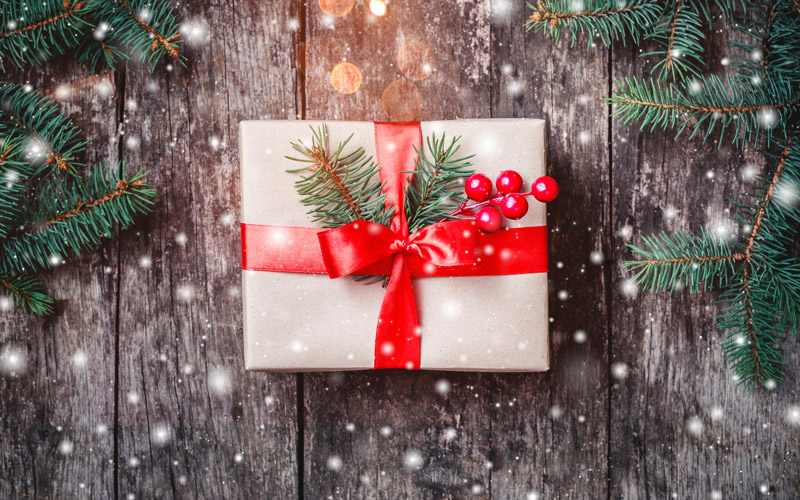 When they say it’s better to give than to receive, they’re right—both because giving a gift triggers the release of happiness-inducing hormones in the brain, and because receiving a gift imposes the soul-crushing burden of secret disappointment on the psyche of the recipient to be borne in utter isolation, forever. Giving a gift is great because of dopamine and serotonin and good cheer and stuff. Getting a gift sucks because it sows the seeds of duplicity between you and the person you hold most dear.

It goes like this. Your girlfriend is the sweetest person in the world (that’s an exaggeration—she’s probably only, like, the eighth sweetest, but up there for sure) and she knows you more intimately than anyone else. Because you have a great relationship and great relationships are built on honesty, she knows how deeply you admired David Bowie, she knows you were scarred by Chuck E. Cheese as a child, and she knows exactly what you’re thinking when Uncle Rick says “well, why aren’t vegan restaurants required to put steak on the menu to cater to my dietary restrictions” and you start getting flushed and she puts her hand on your knee like choose your battles and you recognize her boundless wisdom and finish your cauliflower Buffalo wings in silence. She also knows how much you love backpacking.

And so she surprises you with a new backpack for Christmas—say, the the North Face Banchee 35 pack. What she doesn’t understand, though, is the elaborate and not even altogether logical chain of reasoning that led you to prefer the Osprey Xenith 75 pack, which you’ve researched extensively and have been eyeing for a couple months. She got you a gift you don’t like. And now you’re sad.

You’re not sad, though, because you wanted one backpack and received another. At least, not really. You’re sad because in the moment of her excitedly watching you open the gift and you faking enthusiasm but secretly feeling your heart sink, you became aware of the chasm between your inmost self and hers. That moment revealed that yes, she knows you, but she doesn’t know you as purely as you know yourself. You saw in that moment that the full experience of being a self is ultimately incommunicable, and you felt sad—a feeling amplified by your awareness of how totally loving her intentions were.

And so you’re caught in a cycle of compounding sadness because either you reveal that you’re disappointed and welcome her into the shared melancholy of existential loneliness. Or, you feign enthusiasm and shoulder the sadness (in this case, literally, because of the backpack) and bear it in crushing isolation, all the more discouraged by this introduction of deception to a relationship otherwise built on honesty. You love her and you want her to be happy, so you lie about your disappointment, calcifying the impossibility of total intimacy.

The trouble is, the whole thing is a catch-22. You could avoid this problem by just asking what your partner wants and buying them that. You could just give them a Nordstrom gift card or a bunch of low denomination bills rubber-banded together into what looks like a substantial wad of cash or, like, a copy of Catch-22 with this article printed out and taped to the inside of the front cover to really wallow in the irony of the whole situation. But that strips the gift of its meaning. Gift-giving within a romantic relationship is more than just the exchange of goods of roughly equivalent value; it’s a demonstration of intimacy that happens to have a substantial chance of utterly failing. (Not unlike romantic relationships themselves, I guess.)

But that’s not to say there isn’t hope. Human connection only comes through our clumsy attempts to share the state of our inner selves through utterances and gestures and various posturings of the eyebrows—though placing your hand on the small of your partner’s back when you walk up the driveway in the twilight. Communication is the attempt to articulate the experience of selfhood by throwing a bunch of verbs and symbols and metaphors of questionable origin at the wall and seeing what sticks. Doing it well is what makes the greatest writers and filmmakers and artists and musicians great. Few feelings are more powerful than the feeling of being understood.

When the holidays roll around, there’s a good chance your significant other will give you the wrong gift and you’ll be left in that complicated position of quiet despair. But sometimes, rarely, beautifully, they’ll pick up on cues you didn’t even know you were giving off—they’ll inexplicably gain insight into what is most practically described as your soul—and they’ll give you the perfect gift. It’s uncommon. For some of us it may never even happen. But if striving toward that kind of deep connectedness isn’t the point of basically everything, I don’t know what is.

Thomas Harlander is a staff writer at Los Angeles magazine, and he’s asking for a set of new bike lights for Christmas… You can follow him on Twitter and Instagram.