Home Activism L.A.’s Asian-American Activist Newspaper from the ’70s Is Back in Print 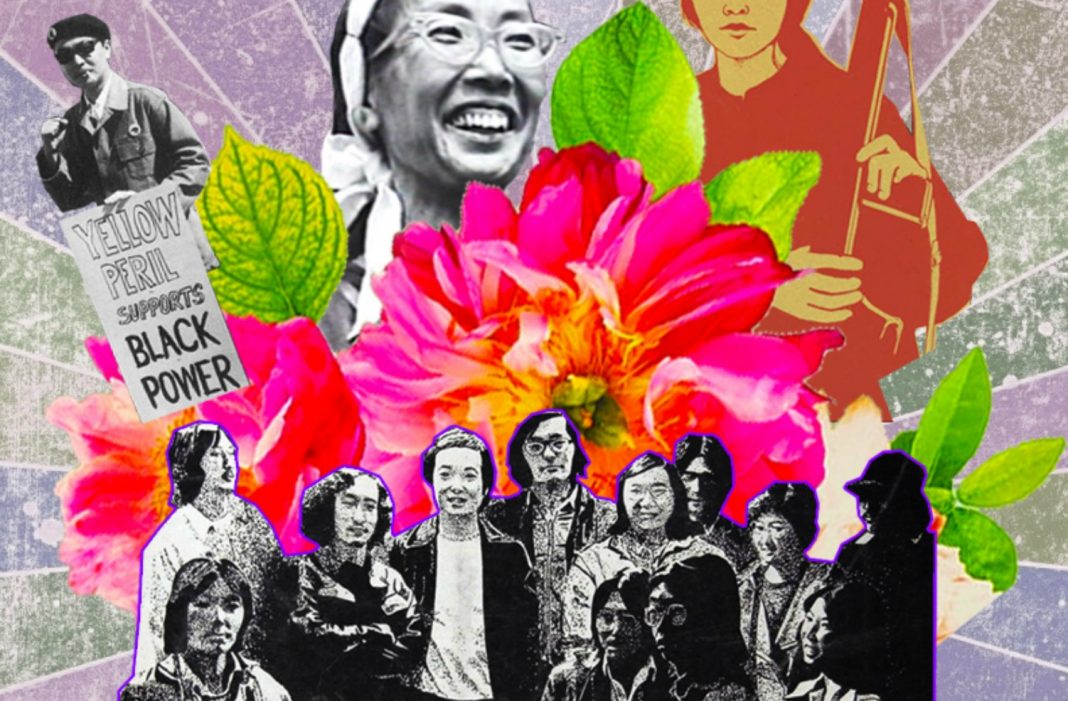 When a group of UCLA students met in 1969 with an idea to found a publication that would address issues facing the Asian American community, even the term “Asian American” was considered revolutionary. It had only just entered the lexicon, thanks to UCLA professor Yuji Ichioka, who had proposed the term as a way of collectively identifying what was described as an “inter-ethnic-pan-Asian self-defining political group”–and as an alternative for the offensive term that was commonly used at the time, “Oriental.”

The students were inspired by other activist movements, particularly the Black student movements of the ’60s and the Third World Liberation Front strike that took place at San Francisco State University in 1968, and were eager to advocate for their own community.

The publication they created, Gidra–taking its name from the Godzilla movie dragon Kingu Gidora–was in print for the next five years. During its run, the publication solicited contributions from labor organizers, social justice activists, academics and historians who were only just starting to establish Asian American Studies departments at universities and create the first text books investigating the Asian-American story and experience, and included discussions of how war in Vietnam acutely impacted Asian Americans at home.

In his 1993 book, The Asian American Movement, historian William Wei describes how Gidra evolved from its first year, when it was primarily campus-based project, to something wider in scope. “The first was devoted to learning the technical skills required to publish a newspaper, to defining what kind of paper it wanted to be, and, consequently, to defining what it meant to be Asian American and involved in the Asian American Movement,” he wrote. “The second was devoted to covering the antiwar movement, counterculture lifestyles, and radical politics.”

In the spring of 1974, the staff of Gidra decided it was time to retire the project, citing a number of political, financial, and personal reasons. In the 1990s, the publication’s archives were turned over to the Japanese-American historical repository Densho, where they can be seen online, and texts originally published Gidra have continued on as reading assignments in Asian American Studies courses at many universities.

On the 45th anniversary of Gidra‘s last issue, a small group of Asian American activists of diverse ages and backgrounds–from current college students to one of the early Gidra contributors–gathered at a restaurant in the same South L.A. neighborhood where the original publication had its offices, and hatched a plan to bring the publication back to life. This week, the first issue of the new Gidra makes its debut.

Writer and historian Susan Park, one of the principal architects of Gidra‘s return, came to know many of the members of the original collective and respected the role the influential publication played in L.A. and beyond.

Topics like gentrification, violence, and racism are just as relevant today, and are among the themes to be addressed in the new publication’s pages. Park also envisions Gidra and its contributors participating in activist movements addressing social justice issues.

For the return issue, rolling out this weekend, Gidra is looking back on the publication’s own history, and the half-century of an Asian American movement that lead up to this point.

“We have eight decades of contributors and stories about growing up Asian American, even before the term was coined,” Park says. “We begin with Mo Nishida at Manzanar where he was interned with his baby sister and his mother. Mo was a very young child. An American soldier pointed a machine gun at him, his sister, and their mother, who had a nervous breakdown later that day. We go from there to 2019.”

Copies of the first issue will be available for purchase at a public launch party on December 21 at Revolutionario North African Tacos, or can be pre-ordered online for delivery.

RELATED: How L.A. Activists and Allies Are Fighting to End Violence Against Sex Workers