Home Music Getting Funky in the L.A. Library to Pharell’s “Happy” 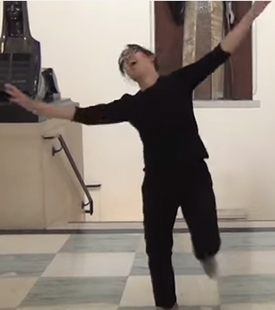 Pharrell’s mega-hit “Happy”—and its awesome, 24-hour music video—has inspired all sorts of tributes. The recent video made by staffers at downtown’s Central Library may be our favorite.

You won’t spot a Mountie hat in this clip, which was shot in Los Angeles’s flagship public library, but you will find librarians, janitors, jugglers, clerks, and (possibly) patrons grooving to the song on the escalators, in the stacks, and even on desks.

While this isn’t recommend library behavior, the video seems to be an officially sanctioned moment of fun. Phew. That means these hoofers won’t be fired like the El Monte lifeguards who made a video spoof of Psy’s “Gangnam Style” two summers ago.

City officials with a sense of humor? That is a reason to get happy.