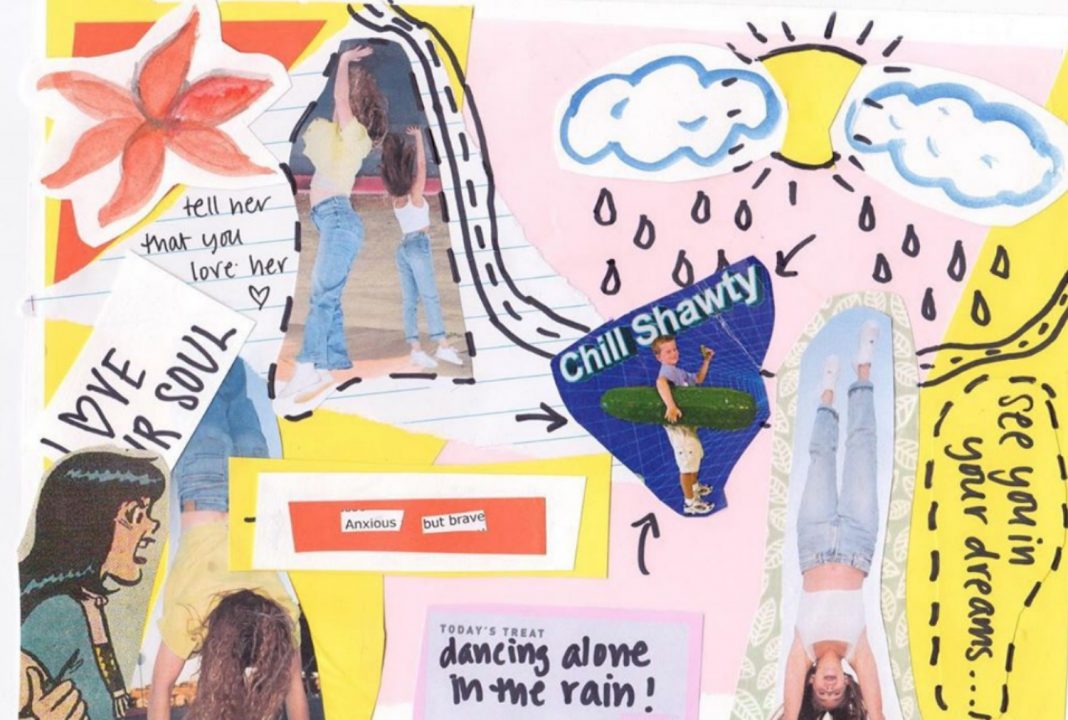 Natalie Minguez, playlister and photographer at local upstart music publication AltAngeles, pinches her index finger and thumb, leaving the slightest bit of room between them to demonstrate the space a zine occupies.

“Zine in itself is this short, one-syllable word, where it’s like, you could just eat it,” Minguez says. “It’s snack-size from the get-go.”

Technically, AltAngeles doesn’t take up any space at all. The fully digital zine is one of a growing number of Gen Z-helmed publications bucking the fixed spreads and polish of traditional periodicals and instead embracing social media as more than a promotional tool. This new breed of zine, which shares DNA with forerunners like Tavi Gevinson’s Rookie Mag, is growing tightly knit communities of like-minded young people, particularly on Instagram. Spotify playlists, journal entries, and in-class doodles posted to zines’ feeds invite followers to feel like part of a friend group rather than just readers kept at arm’s length.

Founded in May 2018 by editor-in-chief Donna Borges, AltAngeles exists to boost the profiles of artists that might not get press in other publications, with the help of a robust Instagram presence and a Patreon to keep money coming in. “We wanted to create a platform for underground artists and local artists that we really loved and that we thought deserved more promotion,” Borges says. AltAngeles’ content is eclectic, accessible, and highly reflective of Gen Z sensibilities.

Minguez describes the publication as a “scrapbooking, music kind of zine… spoon-fed to [readers],” a concept that works with the patchwork structure of Instagram and the abridged style of many other social media-anchored zines.

Started by local high schoolers Charlie Slan and Allana Campbell in May, Saturdaze Magazine grew its fanbase on platforms like TikTok but has a physical issue in the works. Despite the foray into old-school print, the cofounders say that their most significant influences are other small zines run by high school students rather than legacy magazines.

Lina Christopherson-Jeong, executive editor of the online and print artist zine All My Friends Zine (AMF), thinks the tables are turning, and that the glossies of yore will start taking cues from the new generation of small, scrappy publications. “Vogue and big publications were very in with that traditional, cookie-cutter, ‘this is how things are done, this is the Vogue way,’ kind of style,” she says. “I feel like they’ve had to notice these smaller publications… [and] they’re realizing that people on Instagram don’t want the perfect norm anymore. [People] want that kind of raggedy, lifestyle, easy-going feeling, and I think I’ve seen that definitely with [big magazines’] video productions—they’re getting more funny with it and casual and easy and colorful and fun.”

Staffed almost entirely by high school students, AMF is heavily influenced by and caters to a Gen Z aesthetic. Although the aesthetic is rooted in nostalgia for an era that predates the so-called iGeneration, it also serves as common ground for young people navigating a new frontier.

“We all just have some weird, similar thing—how we process life and emotions,” AltAngeles founder Borges says. “I think [it] has to do with [the fact that] we’ve had social media and have been exposed to so many more things [than] we probably would’ve at such a young age [in generations prior].”

RELATED: Legends of the Fall: Meet the New Hollywood A-List