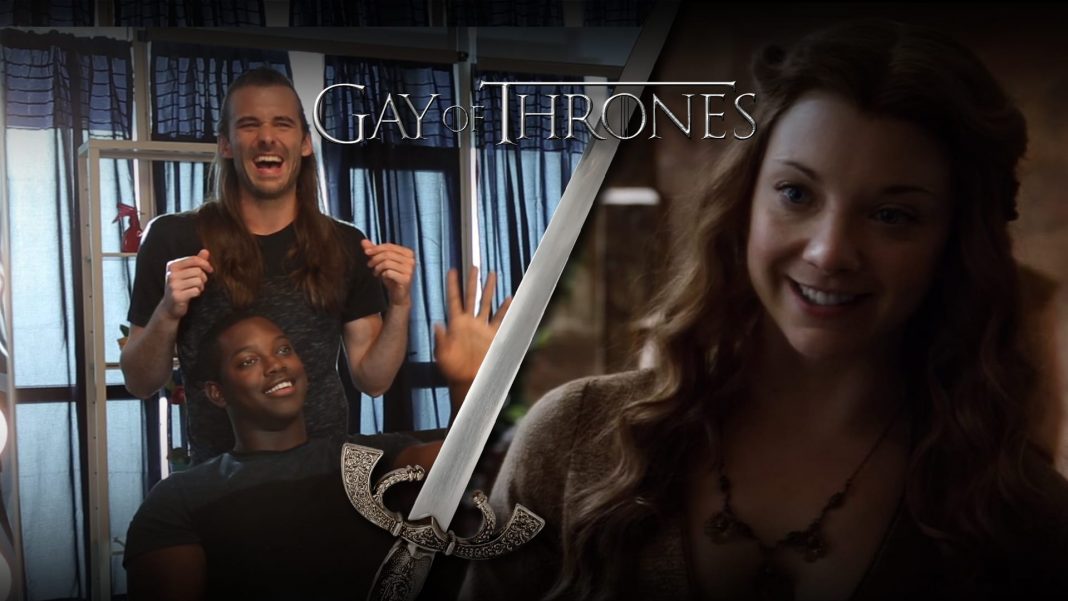 It’s official! Today hair stylist and extremely funny person Jonathan Van Ness announced that he’s bringing back his web series Gay of Thrones for Game of Thrones‘ final season. (If you’re a Game of Thrones fan and aren’t familiar with Gay of Thrones, do yourself a favor and catch up on the latter series on YouTube).

The recap show is hosted by Van Ness, who’s now best known for his role as one-fifth of the Queer Eye for the Straight Guy crew. But before doling out tonsorial advice to men on that show, Van Ness nuzzled his way into the hearts of GoT fans with hilarious episode breakdowns of the blockbuster HBO series. Each week a guest star (and, usually, die-hard GoT fan) would arrive at Van Ness’s West Hollywood hair salon to get a new ‘do based on a GoT character. While getting brushed, braided, curled, and spritzed, the pair would dissect the latest goings-on in Westeros. Past guest stars have even included cast members like Alfie Allen (Theon Greyjoy) and Esmé Bianco (Ros).

Van Ness has nicknames for each character, which the guest stars are well versed in—Arya is “Baby Kill Bill,” Cersei is “Vintage Mia Farrow,” Daenerys is “Christina Aguilera.” The witty banter and hysterical commentary combined with clever editing of GoT clips result in some serious belly laughs. Fans of the HBO show have been warned that they’ll need therapy following the final gut-wrenching season of HBO’s TV game-changer, luckily we have Gay of Thrones to cheer us up.

But for now…Where. Are. My. Dragons?

RELATED: The Game of Thrones Season 8 Trailer Packs a Lot of Info—Let’s Break It Down