Home Politics Garcetti to De Blasio: Get Ready to Sing “I Love L.A.” 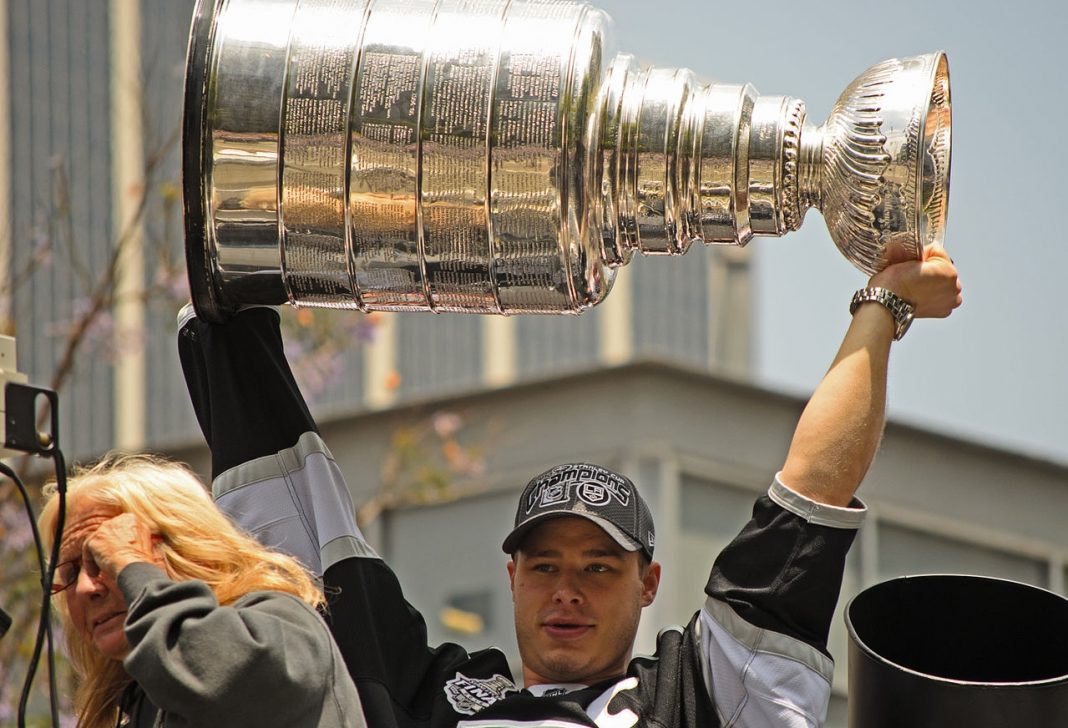 Dustin Brown and the Stanley Cup

It took five games and five overtimes to do it, but the Los Angeles Kings clinched the Stanley Cup in Los Angeles on Friday night, the second time they’ve done so in three years.

And the Kings weren’t the only ones to come out on top when L.A. defenseman Alec Martinez scored the winning goal. Mayor Eric Garcetti simultaneously won his bet with New York Mayor Bill de Blasio, who, as a consolation prize, will help perform a rendition of “I Love L.A.” on an upcoming episode Jimmy Kimmel Live!

But before that can happen, the Kings will take a celebratory lap around downtown. A victory parade will begin at noon on Monday at 5th and Figueroa.

Update, 6/16/14: De Blasio, who will be joined by New York’s 52nd Street Project student chorus, is scheduled to appear via satellite from Times Square on Jimmy Kimmel Live! tonight, which will feature Garcetti as well. An extra treat for members of Kimmel’s audience: Grays Papaya hot dogs flown in from NYC, courtesy de Blasio.