Home TV Game of Thrones Watch: What to Expect From The First Season 5... 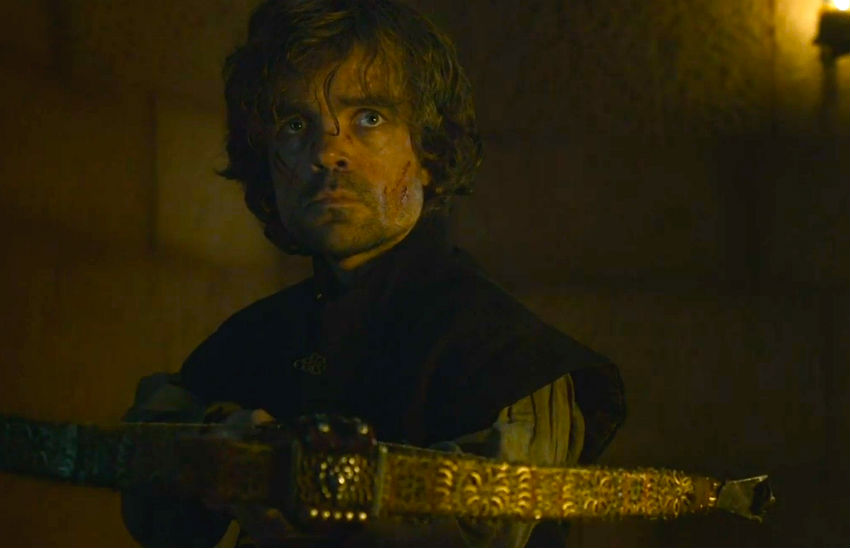 The first trailer for the upcoming fifth season of HBO’s Game of Thrones is expected to arrive any day now and the internet is aflame with speculation as to what it will reveal about our favorite Westeros denizens. Last year, HBO dropped the first season four trailer out of the blue on January 12, which in addition to a preview of Joffrey “it’s-a-nice-day-for-a-purple-wedding” Lannister’s nuptials, the Khaleesi’s crusade for civil liberties, and Jaime Kingslayer’s fancy new hand, featured the haunting track “Feral Love,” from L.A.’s gothic electro queen Chelsea Wolfe’s 2013 album Pain is Beauty.

Astute HBO Go subscribers will also have noticed that the network added a featurette length preview to their spring schedule. The preview is entitled Game of Thrones: A Day in the Life and will run on HBO, February 8 at 7:30 p.m. This isn’t the first time HBO pulled a teaser move like this. Last year, the preview Ice and Fire: A Foreshadowing gave viewers a peak behind the scenes of the production of season four foreshadowing (vaguely) what was to come on the show in April. We expect that A Day in the Life will present us with more of the same (an ultra short ten second teaser is already available online along with a cryptic description of the GoT crew’s travails shooting a scene in a tiny prison cell).

While we don’t expect a whole lot from the preview coming in February other than cast interviews and maybe a handful of new character introductions, we are pretty excited about the new trailer slowly staggering towards us like a White Walker in the frosty mist. Here’s what we expect it will foreshadow (Our guesses are based entirely on what has happened on the show so far. We haven’t read the books yet).

Power shift in King’s Landing
Season four ended with Tyrion Lannister’s dramatic escape from King’s Landing (aided by his brother), but not before popping a couple of arrows into patriarch Tywin’s chest while the latter was on the toilet. Although, the Lannisters remain in control on paper—Cersei’s son (the one who is not Joffrey) took the thrown earlier in the season—Tywin was the real ruler. Is the capital city heading for a civil war?

The Hound will return
Arya and Lady Brienne are undisputed badasses but we don’t believe for a second that we’ve seen the last of the Hound. If anyone’s going to survive a fall off a cliff, it’s him.

Winter might finally actually be on its way
At the Wall, Jon Snow tried (and failed) to assassinate Wildling king Mance Rayder, who informed Snow that he had no intention to take the Seven Kingdoms; he just wanted to be south of the wall when the White Walkers hit. Stannis Baratheon saved the day by ambushing the wildling army, but Rayder’s words remind us of a terrifying truth. The petty battle between North and South will mean nothing in the face of a White Walker invasion. We see an epic alliance forming here.

The kingdom of Dorne
Lord Oberyn met a brutal demise at the hands of the Mountain, who had previously killed Oberyn’s sister. In season five we’ll definitely get to see Oberyn’s homeland up close. Early reports last year suggested locations in Spain would stand in for the Mediterranean-esque land.

Daenerys is on her own
With two unruly teenage dragons in the hole and one on the lam, Daenerys has lost her upper hand against her old enemies in Westeros. On top of that, the Khaleesi lost her trusted adviser-slash-biggest fan Ser Jorah, who betrayed his queen by spying on her for the Lannisters. Despite setbacks, we think Daenerys will finally make her move on King’s Landing. The unrest following Tywin’s death will undoubtedly leave a Khaleesi-shaped hole in the capitol’s defenses.