Home TV Are Game of Thrones Fans Getting Tired of the Torture? 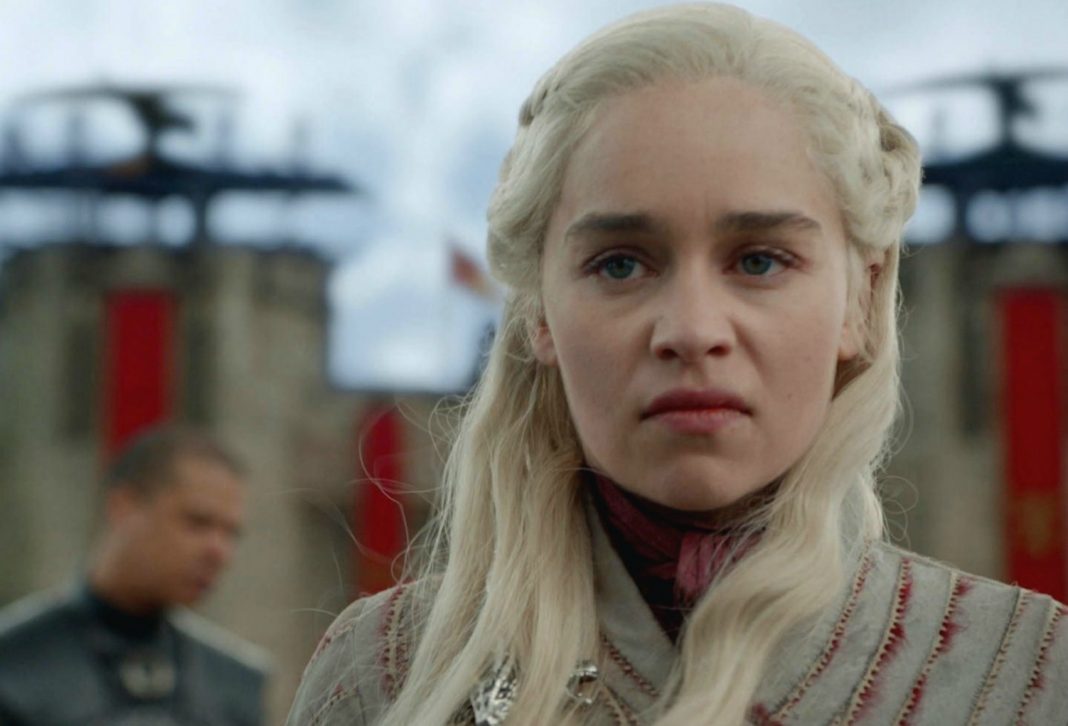 It’s not like we thought it was ever going to have a happy ending. Or that there wouldn’t be a some pretty crushing deaths here and there.

Over the course of the series, Game of Thrones has killed the series’ lead (Ned Stark) at the end of its first season, killed off half the good guys during Season 3’s Red Wedding, and killed the new series lead at the end of Season 5 (granted, it didn’t exactly stick).

Whenever you expect the worst, you get the best—and then even more of the opposite. But Sunday’s episode, “The Last of the Starks,” Season 8 Episode 4, really stung. This one wasn’t too dark visually, rather it’s being considered, by fans and critics alike, too dark in terms of how it dealt with race (Missandei in chains and a total failure to address the massacre of almost the entire Dothraki race); pet ownership (Jon abandons his lifelong friend Ghost); dragon homicide (with Rhaegal shot down, Daenerys is losing her children almost as quickly as Cersei did); and gender, with Sansa talking about sexual assault as if it were an exercise in character building and Dany morphing into a budding Mad Queen in the matter of two episodes. Dany’s state of mind will only deteriorate more in the wake of Missandei’s gruesome death, turning Westeros’ first, best hope for almost eight seasons into an antagonist.

And what was with the coffee cup? Even Rhaegel didn’t get that much ink.

Before the episode even aired, it was leaked—more like spilled—all over social media, and let-down fans spent yesterday (and today) airing their grievances on Twitter:

You couldn’t even give him a pet on the head Jon?! WTF #ghost #GameofThrones pic.twitter.com/4AteMTzivA

You’re telling me that #GOT couldn’t afford to to animate Jon petting Ghost goodbye???? pic.twitter.com/0H4A3SVdYh

Why is Brienne suddenly acting like she’s in a romcom? How does Rhaegal just get shot out of the sky? Where the hell is Yara Greyjoy? Why can’t anyone (Jon, Varys, Tyrion) make up their damn mind? AND WHEN DID STARBUCKS OPEN IN WINTERFELL?! pic.twitter.com/2UUGojFzBS

rape and abuse being integral to the growth of a female character is such a disgusting and tired cliche and the fact that they made sansa say it out loud is not only appalling but it's just such fuckin lazy writing. please hire more women writers

Even media outlets who usually love the show reacted poorly to the most recent episode. In a piece titled “How ‘Game of Thrones’ forgot how to write a real twist,” Mashable’s Alexis Nedd writes, “Thrones used to thrive on game-changing moments that surprised and enthralled its viewers – but ever since it ran out of source material…it’s been been increasingly difficult for the show to match the excitement of earlier twists.”

For Vulture, Alicia Lutes writes, “It looks like next week, Cersei and Dany are going to battle for the title Maddest Queen, because the future of tyranny is female, apparently.” Buzzfeed’s Jenna Guillaume weighed in too: “Missandei’s death is the show at its racist and misogynistic worst. They literally put her back in chains before chopping her head off to further the plot of other (white/male) characters.”

Something fans and critics alike have to remember: George R.R. Martin is an exec producer of HBO’s adaptation of his existing books, and he’s said that the end of the book series won’t vary much from what happens on TV. Anyway, deep down many Game of Thrones fans are masochists—even if people are starting to hate the show, they’re loving hating it.

RELATED: Game of Thrones Theories We Can Probably Rule Out at This Point