Home Pop Culture Game of Thrones Taught Us Not to Trust It a Long Time... 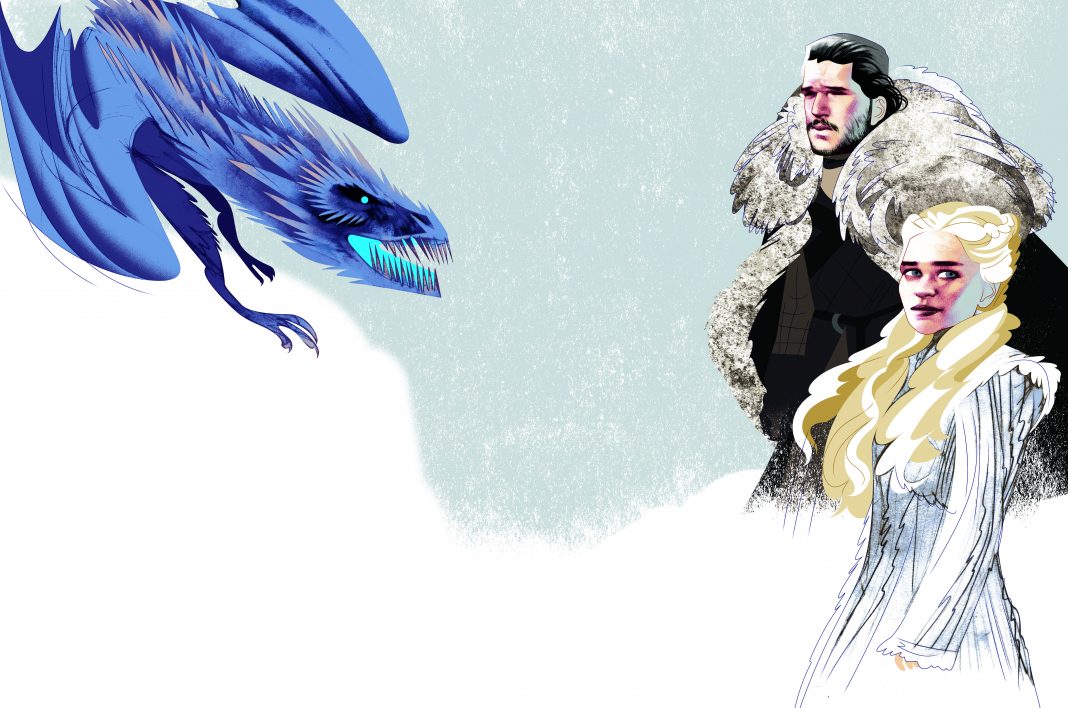 If there was a single moment when Game of Thrones passed the threshold from merely television’s most popular cable series to international phenomenon, it was a few minutes before 10 o’clock on the evening of June 2, 2013. That was when HBO aired the climax of the third season’s penultimate episode, titled “The Rains of Castamere.” Title doesn’t ring a bell? Try this: Red Wedding. Even if you weren’t watching the show avidly, even if you barely knew anything about the series at all, within hours you heard about the Red Wedding, a scene that involves the union of the story’s two rival families, when more major characters than viewers could count while peeking through their fingers are butchered in the bloodiest and most brutal way possible.

If you’ve spent the last eight years entombed in an ice cave north of the Wall (a massive barrier in the series so formidable, it just needs to be capitalized instead of named) and really have no idea what Game of Thrones is, if you have no clue what the hell all those posters are that warn you “Winter is coming” just when you thought it was leaving, then there’s too much to catch you up on here. Suffice it to say that, based on novelist George R.R. Martin’s rather grandly titled A Song of Ice and Fire, the concept is Celtic Sopranos in the Dark Ages, with medieval history cracked open to reveal its phantasmal id. I began as a skeptic and still think the show is a bit overrated, with too many characters and subplots that, 67 chapters later, I still don’t much care about. But at $10 million an episode, shot in Ireland, Scotland, Iceland, Malta, Spain, Morocco, Croatia, Canada, and, yes, even L.A. now and then, Game of Thrones is nothing if not the most gorgeously produced show ever, with fabulous dragons swooping over spectacular vistas; an estimable cast of Peter Dinklage, Lena Headey, Emilia Clarke, Maisie Williams, and others; and some of the most gob-smacking direction in TV history, best exemplified by “Battle of the Bastards” a couple of seasons back.

The concept is Celtic Sopranos in the Dark Ages, with medieval history cracked open to reveal its phantasmal id.

Nonetheless, that id unleashed by Game of Thrones has been not only phantasmal but, in the tradition of all ids everywhere, pretty primal, and that’s putting it nicely. The violence and sex are as intense as any screen, TV or cinema, has presented, with depictions of rape igniting the most protests even amid decapitated heads on spikes, children burned alive, and a mortality rate of speaking characters reaching three figures. Apparently this eighth and final edition will open with the show’s most inescapable theme, incest, since everyone’s two favorite characters finally got it on at the end of last season just as the audience realized they’re related. Rest assured it’s a relatively minor hiccup in the series’ banquet of depravities and one we became used to way back at the beginning with an altogether different incestuous relationship. By now the audience is as ho-hum about it as, say, the country is about a Russian asset being president.

The Red Wedding that happened between then and now represented a Rubicon in the evolution of the psychological bond between narrative TV and its audience; if The Sopranos prepared us for this kind of betrayal a half decade earlier—when characters in whom the audience becomes vested can be capriciously dispatched within seconds—Game of Thrones has taken it to a whole other level.

The Red Wedding was so gleefully sadistic, including the murder of a baby in the womb, that viewers were genuinely shaken by it. I had stopped watching the show a while after one of the few characters with any redeeming features was beheaded in the inaugural season’s closing seconds, but I remember the Red Wedding anyway for how Facebook practically screamed to curdle the soul, social media instantaneously collapsing into a paroxysm of post-traumatic stress disorder. It was Game of Thrones’s way of saying to its viewers: This will teach you not to trust us so much. This will teach you not to love us so much—in response to which viewers loved the show all the more.

As HBO begins broadcasting the six climactic episodes this month (April 14), the best we might be able to expect is an emerging protofeminist theme, with a queen more likely than any king to win the Iron Throne. Let’s just hope it’s the right queen. As we learned that June night six years ago, this is a cruel series with cruel intentions, and therapists may want to clear their schedules after May 19’s Red Finale.

RELATED: Jonathan Van Ness Is Bringing Back Gay of Thrones and We’re Happier Than Cersei After a Massacre