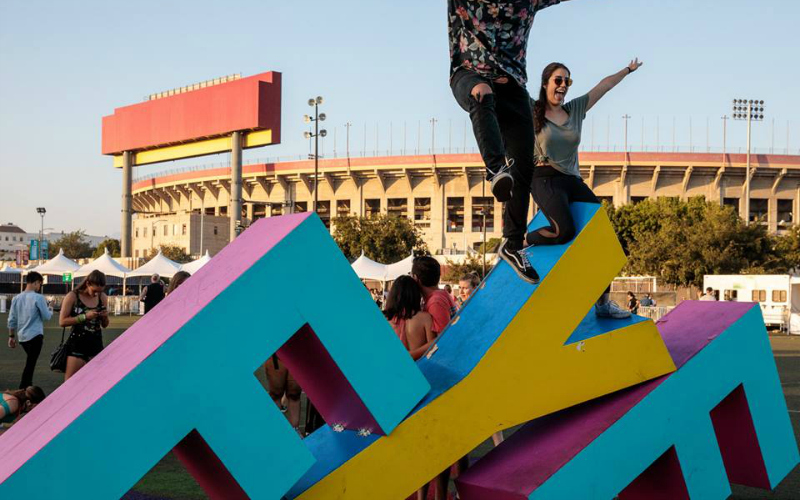 On Sunday, the organizers of FYF Fest announced their decision to call off this summer’s festival. The event, which had been scheduled for July 21 and 22, was struggling to sell tickets and owner Goldenvoice decided it made more sense to pull the plug before the dates got any closer.

Rumors that the festival might be called off began to circulate in music industry circles late last week, according to Billboard, as some artist agents began discretely reaching out to talent buyers for other venues and performance spaces around the region, looking to book their bands into alternative shows around that weekend. That means there may be a silver lining for fans who just wanted to see one or two artists off the festival lineup, as some artists will likely end up booking one-off shows, rather than skipping L.A. entirely for the season.

As recently as February, it was unclear if Goldenvoice would even attempt to stage FYF in 2018. The festival’s brand had been tarnished by sexual misconduct allegations made against its founder, Sean Carlson, stemming from events several years earlier, and even after Goldenvoice took full control of the festival and removed Carlson from any involvement, it appeared, at least based on the frequent comments on the festival’s social media pages that mentioned the allegations, that many potential festival-goers never fully made that distinction.

By the time FYF did make an official announcement, it landed with mixed responses. Curated by a female team and featuring a mix of artists that highlighted music by women and people of color, there was a lot to like about the direction the festival was taking. Nonetheless, the talent pool overlapped heavily with Coachella and, particularly, the Outside Lands festival, which takes place in San Francisco just two weeks after the planned FYF dates. FYF had struggled to sell out even in previous years, when it boasted headliners like Bjork, Nine Inch Nails, Kendrick Lamar, and LCD Soundsystem; Janet Jackson and Florence and the Machine were probably always going have an uphill battle to motivate enough ticket sales to fill the 40,000-person capacity venue at Exposition Park.

What will happen to FYF from here is unclear. Goldenvoice may take the year to retool, and maybe even re-brand, the festival, which is the only one of its size to take place within the city limits of L.A.—making it more accessible for fans who may prefer not to commit to the time and expense associated with destination festivals—and historically focused on a more indie, arty collection of artists. Or, of course, they may simply decide not to bring it back at all in 2019, instead investing resources on their numerous other local festivals, including Coachella, Arroyo Secco, Splash House, and Stagecoach.

If you were among those who did buy FYF tickets for 2018, automatic refunds will be issued starting today. And if FYF being cancelled leaves you searching for a different music festival experience to try this year, visit our complete guide to this year’s festivals across the region.

RELATED: How a Team of L.A. Creatives Is Making Coachella and Other Major Music Fests Even Cooler