Home Uncategorized From Page to Screen: Your Guide to Cinematic Lit at the Festival... 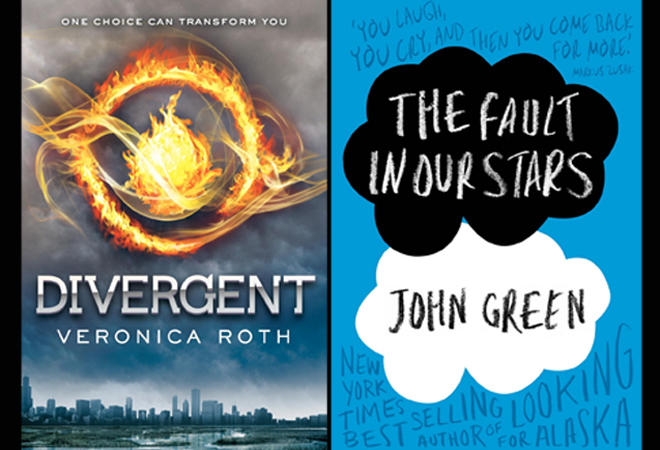 The Los Angeles Times Festival of Books is the largest book festival in the United States. So it makes sense that Hollywood, which mines popular literature for inspiration, would be well represented at the two-day affair. Last Christmas saw The Hobbit, Philomena, The Wolf of Wall Street, and the second installment of The Hunger Games hit theaters; all were based on books. From young adult books being made into movies à la Twilight to actors and comedians who have taken a stab at the written word, here’s where to find the entertainment industry at the book fair this weekend (April 12-13).

Author Veronica Roth came out with her young adult book Divergent in 2011, and the movie has already brought in over $100 million at the box office. The teen drama is similar to The Hunger Games: a bright young woman must find her way in a violent world. Roth will sit for a conversation with author Leigh Bardugo on Sunday at 11:00a.m.

The Fault in Our Stars by John Green was published in 2012 and the highly anticipated movie starring Shailene Woodley (who’s also the lead in Divergent) comes out in June. The book, which is about a 16-year-old who falls in love with a fellow cancer patient she meets at a support group, has sold over a million copies. The trailer for the movie has more than 14 million hits on YouTube. Green will chat with Los Angeles Times book critic David Ulin on Saturday at 12:30p.m.

TV and film personalities B.J. Novak (The Office), Alicia Silverstone (Clueless), Mayim Bialik (Blossom), and Rachel Zoe (The Rachel Zoe Project) will all be at the festival promoting their recent books. There will also be a few panels focused on the movie industry: “Hollywood: Past & Present,” “Biography: Hollywood Legends Sitcoms,” and “Dramas and Blockbusters: Creating for the Screen.”

Held on the campus of USC, the event is free. Click here for more info about locations and times.

Akilah Hughes Used Social Media to Make a Name for Herself. Now She Uses It for Social Change