Home Uncategorized From L.A. to Texas and Back: Mike Stinson Comes Around Again 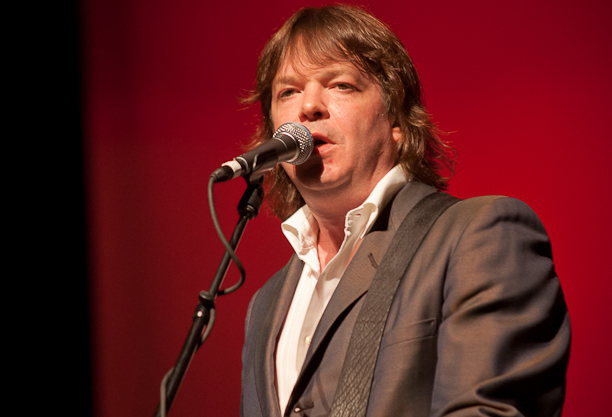 When honky tonk crooner Mike Stinson moved to Houston from L.A. three years ago, Texas must have been under a lucky star. Los Angeles magazine has been a fan since at least 2004, when we named him “Best Country Western Artist” in that year’s Best of L.A. issue. With the release this week of his new album Hell and Half of Georgia, we are still big fans.

Flawlessly produced by R.S. Field (John Prine, Justin Townes Earle, Todd Snider, Billy Joe Shaver, Hayes Carll), great players rock out some of Stinson’s sound but don’t leave the twang far behind. And even though I may not agree with how he feels on the tune “Died and Gone to Houston” (I’m from Houston, I can say that), he has written a blue ribbon anthem for the city. Other gems show that his flare for songwriting is better than ever. Life’s troubles are laid out with fiery humor in “Late for My Funeral,” the anguish of love is woven through “This Year,” and a there’s a poignant dose of introspection as he tries to find his way out of the “Lost Side of Town.”

Even though Stinson’s sound evokes Buck Owen’s Bakersfield and Gram Parson’s Joshua Tree, it’s good to hear that Texas is as glad to have him as he is to be there. Recognizing his sincerity and authenticity Texas Music Magazine named him one of its Artists of the Year in 2012. California’s loss was Texas’ gain but we get to welcome him back for a long overdue west coast tour at the end of August.