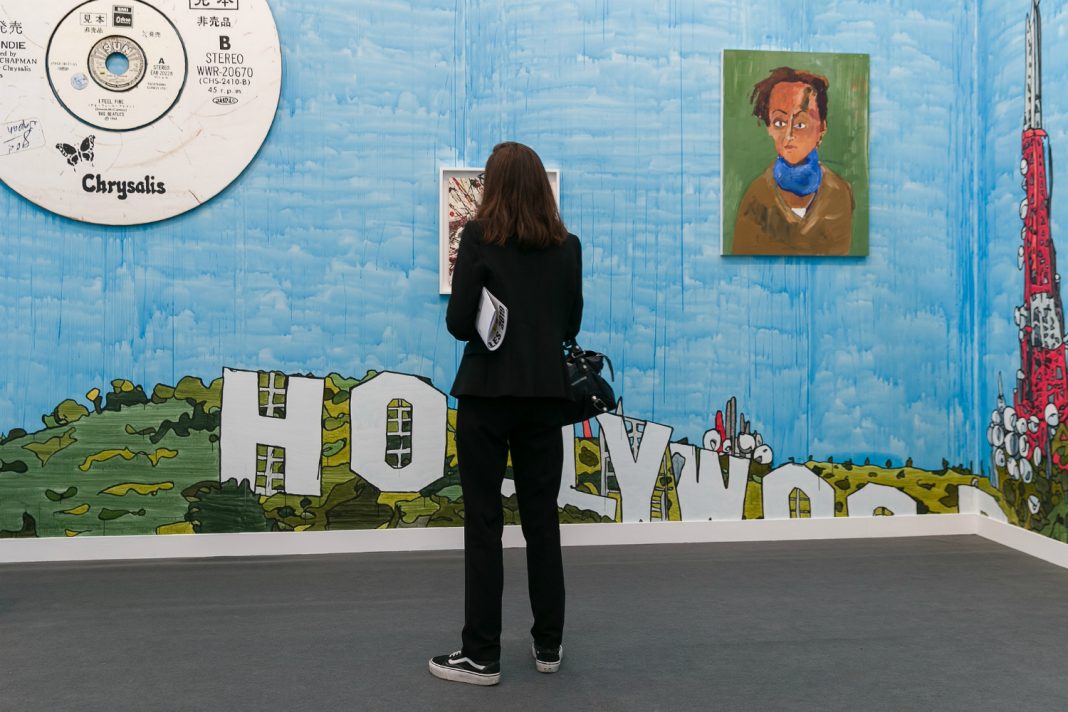 The sprawling white tent has come down and the art has been deinstalled on the Paramount Studio lot, but the impact of Frieze can still be felt. Over the course of four days, approximately 30,000 people visited the art fair’s first Los Angeles edition, which established the city (finally) as another must-see stop on the international circuit.

By all accounts sales were brisk, but the success of the fair was far from assured when Frieze announced a year ago its intent to add L.A. to its roster, along with fairs in its home base of London and the now nearly decade-old New York edition.

Los Angeles has struggled in the past to support an international art fair. In 2013 Paris Photo debuted a sister fair in the same location as Frieze but lasted only three years before withdrawing due to low sales. A variety of factors were blamed for the closure, from the departure of its founder, Julien Frydman, at the end of 2014 to the packed schedule of global art fairs to the lack of a collector base in Los Angeles.

Similarly, Foire internationale d’art contemporain (FIAC) canceled a planned offshoot in Los Angeles in 2016. So some in the art world approached the launch of Frieze in Los Angeles with a healthy bit of skepticism. Could an international art fair known for blue chip galleries and six- to seven-figure art sustain enough interest to draw both locals and global art nomads to L.A.?

Entertainment company Endeavor’s 2016 investment in Frieze (rumored to be between 50 and 70 percent) ensured there would be celebrity heat at the fair, and indeed there were plenty of big names wandering the lot, including Brad Pitt, Kanye West, and Gwyneth Paltrow. But for gallerists, celebrities are the sizzle, not the steak. “Would [galleries] sell? That was the question,” says Bettina Korek, the executive director of Frieze Los Angeles and founder of arts advocacy organization ForYourArt.

The answer seems to be a decisive yes. While the art world is sometimes wont to exaggerate sales numbers, the fair reports strong sales across all four days of the fair, with many of the sales in the seven-figure range for more established artists. Hauser & Wirth showed a single installation by deceased artist Mike Kelley, an L.A. fixture and beloved instructor at Pasadena’s Art Center College of Design. The 1999 piece, Unisex Love Nest, was presented for the first time in his hometown and sold to a European art foundation for $1.8 million.

At the other end of the pricing scale, Marc Selwyn Fine Art sold work by Allen Ruppersberg, with one priced at $50,000. Château Shatto focused on emerging artists at more affordable price points such as a $7,500 work by Aria Dean, paintings by Van Hanos prices at $4,000, and works by Parker Ito at $35,000.

Local galleries found success at Frieze. There were 24 galleries based in L.A. that had a presence at Frieze. For gallerist Susanne Vielmetter, who reports her booth at Frieze nearly sold out, the combination of both local and visiting collectors solidified the fair as “the kind of fair LA deserves and has never had until now.”

For art world gadfly and collector Stefan Simchowitz, sales are not the best indicator of the fair’s success. “Everyone wants to quantify this as ‘do people buy art?,” says Simchowitz. “I don’t think that’s relevant. What’s more important is that [Frieze] creates a mechanism for broader engagement with the city.”

With just 70 galleries, Frieze L.A. was relatively compact compared to its sister fairs, which are more than double the size. “People appreciated it was small, smart, and the quality was extremely high,” explains Vielmetter. In addition to the main tent, Paramount’s backlot was curated by former Hammer curator Ali Subotnick, who used the simulated streets of SoHo to create immersive works by L.A.-based artists including Lisa Anne Auerbach and Sarah Cain.

The intimacy of the show appealed to the collectors and institutional attendees from museums and arts foundations. For art collector Jason Swartz, who is from L.A. but has attended art fairs globally including Art Basel in both Miami and Hong Kong, the size of the show made it manageable and ultimately, just more fun. “Miami can be really overwhelming,” Swartz says.

So what comes next? For Frieze L.A. to grow, it would likely need to change venues since it maxed out the square footage at Paramount. For Korek, bigger doesn’t always equal better. “We’re not necessarily changing next year as much as building on what we started,” she says. “The fair is a potential catalyst for Angelenos to come together.”

She points to the many galleries exhibiting artists featured in the fair, open studio visits, and satellite shows happening at the same time, contributing to the sense that L.A. is experiencing its moment in the art world’s spotlight.

Most importantly, Korek hopes Frieze L.A. reflects the friendlier, more laid-back vibe California is known for globally. “The art world can be really intimidating,” she admits. Hopefully, Frieze L.A. is a “friendlier access point for people to discover new artists.”

RELATED: With the Arrival of Frieze, L.A. Finally Has the Contemporary Art Fair It Deserves

The Faces and Fashion of Frieze 2020

Frieze Is Bringing Something New to the Paramount Backlot this Year