Home comedy 10 Totally Free Things to Do in L.A. in April That Are... 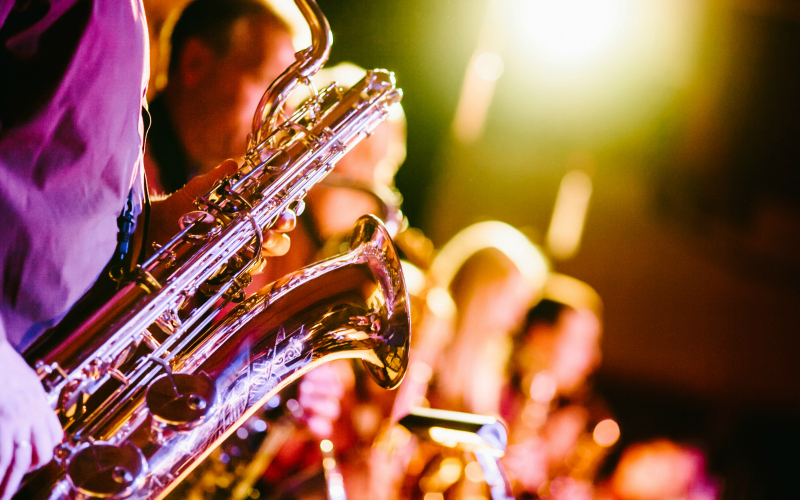 Photo by Jens Thekkeveettil on Unsplash

Living in L.A. is not getting any cheaper, but that doesn’t mean you have to settle for a lifetime of instant ramen and streams on a secondhand HBO Go account. You live in one of the greatest cities in the world and there are plenty of events and activities each month that are completely free.

In addition to these special events, you can always fall back on our list of 100 things that are always free.

Now 76 years old and still playing his heart out, Billy Hart was recently voted the best jazz drummer in the world by the readers of Modern Drummer magazine. Over the course of his multi-decade career, he’s performed with Miles Davis, Stan Getz, Wayne Shorter, and Otis Redding. For this free show he plays with his Billy Hart Quartet. Jan Popper Theater at the UCLA Herb Alpert School of Music, 445 Charles E. Young Dr. East, Westwood

Make your way in the door by 11:30 for free admission to this dance night with tunes provided by DJs Queen J and Flash. The night gets it’s name and inspiration from Stevie Wonder, but expect soulful throwback tunes from a variety of artists, both iconic and lesser known. Los Globos, 3040 Sunset Blvd., Silver Lake

London-based event producers Shavansana Disco do one, very specific thing. They bring groups into the recording studios where landmark albums were crafted to listen to those records together, and then stage a guided meditation, perhaps inspired by the creative energy lingering in the building. As Prince’s Purple Rain approaches its 35th anniversary, join them in the room at Sunset Sound Studios where the music was made. 6650 Sunset Blvd., Hollywood

Angelyne as in that Angelyne. She’ll be making a personal appearance at this shindig, which celebrates her recent streetwear collection made with the local brand Skim Milk and skate deck by Less Than Local. The night’s musical entertainment comes from DJs Charles, Nina Tarr, Joseph Kenneth, and Josh Scholl. Zebulon Cafe Concert, 2478 Fletcher Dr., Elysian Valley

Just in time for cherry blossom season, Santa Anita Park holds this day-long celebration of all things Japanese. There are horse races on the track, but that’s just one facet of the entertainment. You’ll also find stations representing aspects of Japanese culture from anime and J-pop to origami, sumo, and karate, as well as plenty of vendors selling traditional fare. Santa Anita Park, 285 W. Huntington Dr., Arcadia

Beth Pickens Discusses Your Art Will Save Your Life

A post shared by Beth Pickens Consulting (@bethpickensconsulting) on Aug 1, 2017 at 12:54pm PDT

In what is sure to be an inspiring night of conversation, author and career coach Beth Pickens talks about her new book, Your Art Will Save Your Life, which offers self-help advice for creating a sustainable career in art. She will be joined by award-winning authors Ali Liebegott and Michelle Tea. Skylight Books, 1818 N. Vermont Ave, Los Feliz

The free, al fresco concerts in the plaza outside the Geffen Contemporary are one of our favorite ways to spend a springtime evening. The performers are always a bit hipper and quirkier than you’ll find at some other museum after-hours shows, and there are food trucks and bars available for refreshments. The Geffen Contemporary at MOCA, 152 N. Central Ave., downtown

The biggest literary fest in L.A. happens this month, and admission is free (though if you want to reserve spaces for certain author panels in advance, you will be paying a small service charge). Always eclectic, the schedule really has something for everyone. Sessions cover topics from how classical musicians are using blockchain tech to the power of comic books. Big names in attendance include Moby, Junot Diaz, Michael Isikoff, Patton Oswalt, and many more. USC Campus, 3551 Trousdale Pkwy., University Park

Here’s how Lover’s Quarrel works. Before the show starts, audience members submit the real-life (and really silly) grievances they just can’t get over about their own romantic partners. Pairs of comics will be assigned to take up the fight mock-debate style, and then the crowd votes for who made the more compelling case. The Love Song, 450 Main St., downtown

Head to Grand Park for a long weekend filled with visual art and live performance from local talents. Among the highlights will be a staging of the play Citizen: An American Lyric, a collaborative performance created by “story architect” Mark Gonzalez, and the Proud Stories reading series, which celebrates the LGBTQ experience. Grand Park, 200 N. Grand Ave, downtown