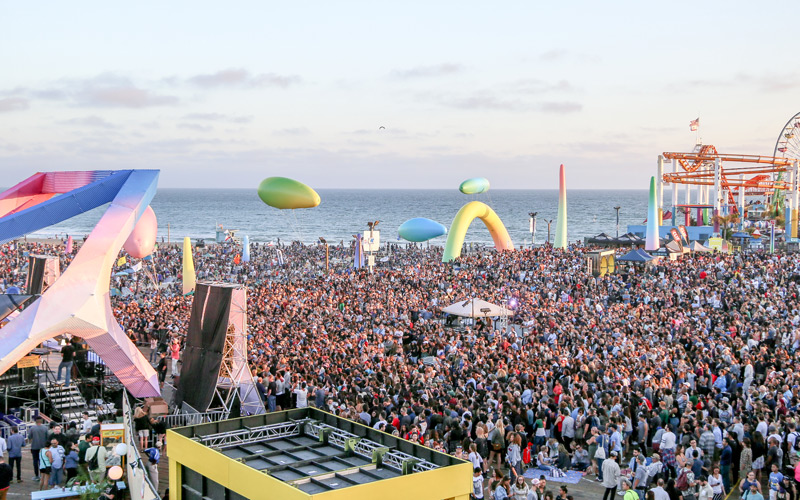 Would you rather go to an outdoor concert or relax on the beach at sunset? Thanks to the Twilight Concerts, a series of free live music events held Thursday evenings on the Santa Monica Pier, life’s hardest question answers itself. The summer concert series, now in its 33rd year, is going strong, despite a brief kerfuffle earlier this year.

In January, Santa Monica Arts Commissioner Phil Brock wrote a piece in the Santa Monica Mirror that, among other things, called for an end to the Twilight Concerts, calling them “a security burden to our city.” Brock’s piece stirred up some discussion. Jay Ferrand, executive director of Santa Monica Pier Corporation, told Santa Monica Next that there were no plans to cancel the events. He said, “Every year we work with the city to smooth out logistics and keep costs under control. We are in the midst of the same discussions this year.”

The Twilight Concerts’ new season kicks off this Thursday, June 22, with performances by R&B / soul artists Khalid and Bibi Bourelly. The free concerts go from 7 to 10 p.m., and typically attract a crowd, so arrive early to stake out a good spot on the beach. The event organizers recommend taking public transportation, biking (there’s a bike valet because…Santa Monica), or using a ride share program to avoid waiting an hour in traffic to get out of Santa Monica after the show. More travel tips can be found on the official website.