Home Uncategorized Four L.A. Writers Who Deserve a Star on the Walk of Fame 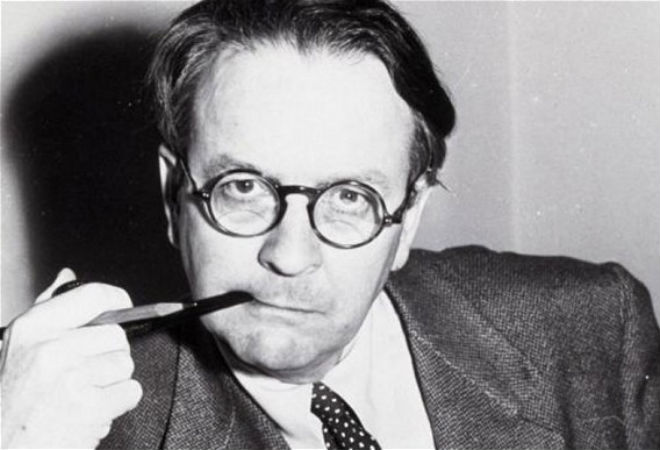 “Down these mean streets a man must go,” Raymond Chandler writes in his 1944 essay “The Simple Art of Murder.” And if one of those streets happens to be Hollywood Boulevard, you may come across the L.A. scribe himself—or at least his name—on the pavement. Along with some 30 other honorees (Will Ferrell and Daniel Radcliffe among them) Chandler’s name will be added to Hollywood’s Walk of Fame next year, a feat that remarkably few writers have accomplished.

His 1946 novel The Big Sleep, became the template not only for literary interpretations of Los Angeles but for cinematic ones as well. No hardboiled detective, femme fatale, or wealthy oligarch character is free of Chandler’s legacy. In addition to crime novels like Farewell, My Lovely, The Little Sister, and The Long Goodbye, Chandler wrote the screenplays for two Billy Wilder film noirs, 1944 Double Indemnity and 1946’s The Blue Dahlia, the latter of which earned him an Oscar nomination for best original screenplay.

We’re thrilled the patron saint of crime fiction will be embedded into the city’s streets, but there are plenty of other writers whose work has been just as instrumental in shaping the way we see Los Angeles. Here are four other authors who should also have stars on the Walk of Fame.

Nathanael West
Book: The Day of the Locust
Ever noticed how keen filmmakers are on destroying L.A. onscreen (Volcano, Battle: Los Angeles, and 2012 to name a few recent ones)? That comes from Nathanael West. Born in Manhattan, West moved to Hollywood to work as a screenwriter in the booming film industry of the 1930s. He hated his job and felt it alienated him from his art. The Day of the Locust is a dark tale of a modern day (i.e. ’30s) Sodom and Gomorrah, where movie stars are worshipped as false gods and only violence can jostle the jaded nerves of the populace. The Day of the Locust packs as much of a punch today as it did in West’s own time.

Walter Mosley
Book: Devil in a Blue Dress
Mosley is hands-down one the best living crime writers, and he brings to life parts of Los Angeles that have often been neglected. Set in 1940s Watts, Devil in a Blue Dress finds private investigator Ezekiel “Easy” Rawlins falsely accused of killing a woman he’s had sex with. The novel was adapted into a stylish and award-winning 1995 film starring Denzel Washington, Jennifer Beals, and Tom Sizemore. The book does more than spin a good yarn; like Mosley’s best work it delves into issues of race and prejudice with incredible nuance.

Joan Didion
Book: Play it as it Lays
You can’t talk about Los Angeles literature without mentioning the queen of cool, Joan Didion, who has written extensively about the city (and California culture) since the ’60s. Play it as it Lays, one of Didion’s best novels, follows Mariah, a jaded and sedated actress who carries around all the traumas that are eating her up. The only remedy is endless driving; she zooms from Hollywood to San Pedro as if the 101 and 110 were the only things keeping her alive. Didion’s minimalist prose mimics Mariah’s tumultuous inner life and presents the reader with a fractured perspective on the city.

Charles Bukowski
Book: Post Office
Despite being the Bard of Los Angeles, Charles Bukowski doesn’t actually devote a whole lot of time to writing about L.A. in his books. His writing is mostly about himself. That doesn’t diminish the fact that the poet-turned-novelist embodies L.A. in a way that only a cranky old drunkard can. “It’s 4:30 in the morning, it’s always 4:30 in the morning,” he writes. You can almost see him scribble the line on a napkin at the Frolic Room.