Home Awards Watch Forget the Orchestra: How to Get the Oscar Winners Off the Stage 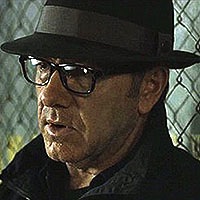 Father Time—even Academy Award winners cannot escape his cruel grip. If you’re lucky enough to be nominated for an Oscar, and then lucky enough to actually win, the clock counting down how much time you have to bask in the glow of being loved—really loved—and get on with thanking the important players in your life and career starts the second you jump up from your cushy seat inside the Dolby Theatre.

The orchestral equivalent of the light at the end of that very dark tunnel, the telecast “time-to-wrap-this-up” music has bested many a star over the years. Try as they might to resist—Julia Roberts is the master when it comes to politely telling the tech to eff off—few winners, no matter how well-earned their award, get the time they need to thank family, friends, agents, publicists, spiritual advisors, the cast and crew, the real-life people their characters were based on, and, of course, their lawyers. Some even squander those precious few minutes with theatrical silence, incoherent rambling, or both—when Jacqueline Bisset won a Golden Globe in January, we finally learned what the music after the play-off music sounded like.

But it’s a long night, and let’s be honest: These people are winning awards for making movies. Is the fame and money not enough? Must they feel entitled to spend even more time in the spotlight? Maybe the Academy needs to rethink its approach to encouraging winners to get off the stage already. Here are a few ideas: