Home Outdoors Hiking This New Guide to California’s Glorious Forests Is a Love Letter—and a... 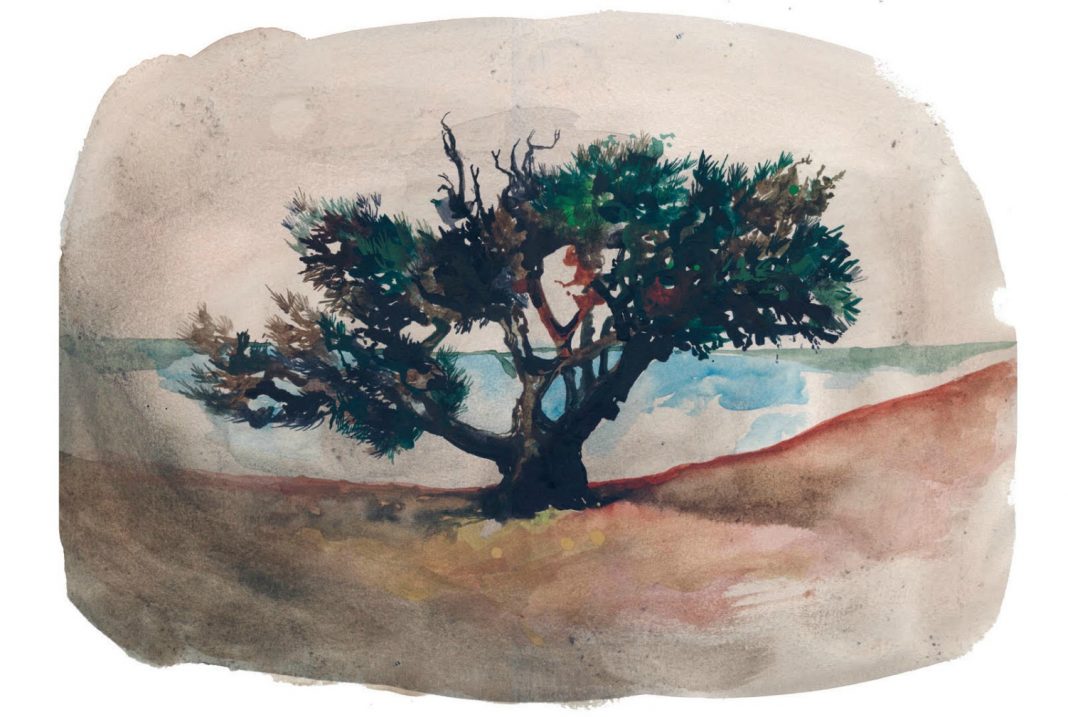 As wildfires ravage the state and bad news abounds, artist and naturalist Obi Kaufmann wants people to rethink how they approach environmental issues.

“I write books of hope, not of despair,” says Kaufmann, who’s in the midst of a six-book exploration of California nature that celebrates the state’s immense diversity. “There is so much [despair] in the ether, so much of that in the social atmosphere.”

Kaufmann is known for publishing what he calls field atlases. “As opposed to a field guide, which will tell you what you’re looking at, a field atlas is a reference handbook to tell you how to look at these ongoing processes that are unfolding,” Oakland-based Kaufmann explains. “It’s more of a treatise on ecology than it is on biology.”

Devised for his 2017 award-winning book, The California Field Atlas, it’s a structure that he continues to use with The Forests of California, the first in his “California Lands” trilogy, which is set for release on September 7 through Heyday.

At 609 pages, The Forests of California, is a hulking text. Simultaneously a reference guide, an art book featuring Kaufmann’s own watercolors, and a call to action, the book explains what you might see whether you’re exploring Angeles National Forest or Lake Tahoe Basin. Crucially, though, Kaufmann doesn’t stop at just giving definitions. He reaches back into the environmental history of the state, assesses the present, and envisions a path forward where communities are able to come together with a mutual goal of tending to the health of the environment.

California nature has been part of Kauffmann’s life since he was a kid. Born in Hollywood in the early ’70s, when his astrophysicist father was the director of Griffith Observatory, Kaufmann was five when his family moved to the San Francisco Bay Area. He spent his formative years exploring Mount Diablo, roughly 30 miles east of San Francisco. When his parents moved to Truckee in Nevada County, Kaufmann headed south again to attend UC Santa Barbara, where he spent much of his time backpacking in Los Padres National Forest. As he criss-crossed California, Kaufmann’s passion for nature blossomed.

While Kaufmann addresses the crises impacting California’s forests, his message is not political in the way we understand politics in this moment. Preserving nature can’t be a partisan issue. As Kaufmann writes in the book, “Managing to agree that the resiliency of our own society is dependent upon defending biodiversity (and the systems that support biodiversity) may be as big a project as the actual expertise and physical work needed to restore habitats and create habitat bridges and corridors.”

“Californians is the identity that I’m appealing to,” he says. “I hope and I trust that my work inspires a unified vision because the only way that we’re going to do this is if we all do it together.”

Getting to the place where everyone can unite to preserve and improve California nature starts with education. Specifically, Kaufman’s work strives to increase geographic literacy. Knowing the land that surrounds us is integral to saving it, and that means making information about our nature accessible to everyone. Kaufmann says that he initially wanted to make a series of maps overlaying California’s major watersheds with the national forests. “You can find those maps with [the United States Geological Survey] or [the United States Forest Service], but those maps are not really for you,” he says. “They’re there for scientists or researchers, foresters.”

As Kaufmann sees it, the more information we have about the land, the more likely we are to work for its benefit. He says, “People protect what they love, and people love what they understand and know.”

Kaufmann is optimistic about the future of biodiversity in the region. The California Floristic Province, which includes much of the state, plus parts of Oregon, Nevada, and Baja California, is a biodiversity hotspot. However, Kaufmann notes, for all the species that are considered threatened or endangered in the region, the extinction rate is relatively low. That, he says, means that there is still time to change course.

“If there is time, there is hope,” he says, “and that is a very exciting thought.”

RELATED: What I Learned About Relationships from Hanging Out with Wolves

L.A. Is Now a Certified Wildlife Habitat. Here’s Why It’s a Big Deal