Home Music On ‘Folklore,’ Taylor Swift Breaks Up with Her Pop-Anthem Past 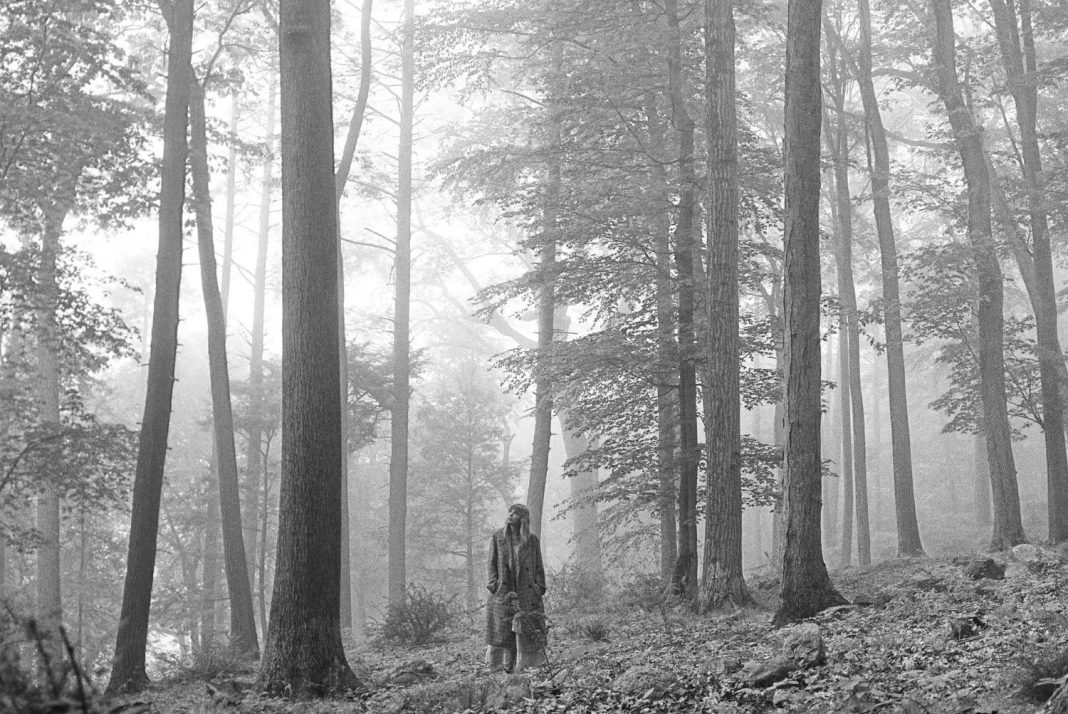 During quarantine, some people baked bread, some nurtured hobbies, some binge-watched whatever they could stream on Netflix. For Taylor Swift, the downtime was a golden opportunity to make a record.

Folklore, written and recorded entirely in isolation, is an album of firsts for Swift. Besides being her first foray into soft rock with what’s been described as an “indie” vibe, it also marks the first time Swift released an album without months of buildup or a major marketing campaign. She announced the record’s existence on Instagram only 17 hours before it dropped on July 24 at midnight East Coast time, eschewing her usual ritual of hinting at new music months in advance with hidden messages on social media. Swift wrote in the album announcement that she’d normally stress over the perfect time to release new music, but added, “the times we’re living in keep reminding me that nothing is guaranteed.”

Swift describes Folklore as “a collection of songs and stories that flowed like a stream of consciousness.” The lyrics are introspective and emotional in Swift’s signature style, but it’s the first Swift album without an obvious radio-friendly dance hit or spirited pop single. It even features explicit lyrics, which she’d avoided using in her songwriting from the beginning of her career. The tone of the album ranges from warmly nostalgic to melancholic, better for a cozy night in than her previous upbeat albums. If fans want to dance to Folklore, their best bet is to find a sweeping open field in the countryside and to twirl around to the song “cardigan.”

With the release of Folklore, her eighth album, Swift has graduated from the “so it’s gonna be forever or it’s gonna go down in flames” mentality of her pop albums 1989 and Reputation, which broadcasted tales of destructive relationships and dramatic love stories through energetic hooks and catchy choruses on songs like “Blank Space” and “Getaway Car.” Now she uses her storytelling skills to write about innocence and growth, intertwined with betrayal and vices. Her lyrics weave stories—some fictional, some true—about love triangles, affairs, and being pushed to the edge and pieced back together by a dedicated lover.

Each of her previous albums features a few songs more reflective than the dazzling pop anthems, but Folklore sidesteps the shiny dance tunes to reveal a gentler, less processed sound. While some tracks could fit comfortably on Lover (likewise, “betty” and “august” sound like unreleased tracks off of 2008’s Fearless), mellow songs like “this is me trying,” “epiphany,” and “hoax” evidence Swift’s evolving style.

Jack Antonoff, Swift’s longtime friend and collaborator, and first-time collaborator Aaron Dessner, guitarist of the National, are credited with producing the record. As a cowriter and coproducer, Dessner worked remotely on 11 of the 16 songs. Bon Iver frontman Justin Vernon collaborated with Swift on the piano track “exile,” lending his writing skills and soothing harmonies.

Drama has always followed Swift, who turns 31 in December, but ever since her relationship with 29-year-old British actor Joe Alwyn began sometime in 2016 or 2017 (we still don’t know exactly when) she’s kept her love life out of the public eye. A handful of tracks on Folklore hint at past relationships, but her feelings about her exes are best illustrated on the track “invisible string,” where she sings, “Cold was the steel of my axe to grind for the boys who broke my heart / now I send their babies presents.”

Fans and critics speculate that the tracks “mad woman” and “my tears ricochet” are about the hardships Swift endured in 2019, when she lost ownership of her first six records to her former record label, Big Machine. In “my tears ricochet” she sings, “And when you can’t sleep at night / you hear my stolen lullabies” and “You wear the same jewels / that I gave you / as you bury me.” The track harkens back to the tone of Reputation, which had similar motifs of burial and rebirth as Swift felt crushed under the weight of her reputation in the music industry.

Numerous boyfriends, hairstyles, and rumors have come and gone over the course of Swift’s 14-year career, but some things never change. With dreamy lyrical imagery, lightly sweeping piano and guitar, and melodies suited to summertime and days of romance under the sun, Folklore delivers what Swift’s fans adore most about her: genuine, heartfelt music that’s like listening to pages of a diary read out loud. Folklore is a more mature version of Swift’s earlier albums, keeping the heart but also delving into the mind of a woman scorned, unraveled, and put back together again. Swift’s evolution from a country-pop star to a 30-something artist not confined to a single genre shows she’s ready to settle down and cut ties with the drama of the spotlight.

RELATED: Why Stars Like Beyoncé Are Subverting the Celebrity Profile—and Why It’s a Good Thing